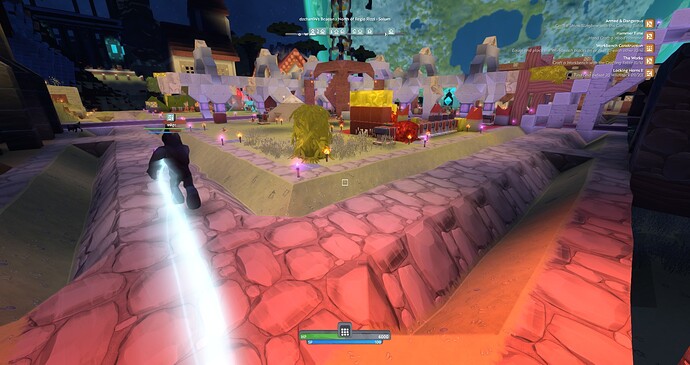 @Miige stop griefing @yota whilst he’s trying to take a screenshot for the Weekly Update!

Other than getting excited about the growing player collaborations, we have been busy making additions to the game. This week’s game update includes improvements to the way portals and the compass work. Details can be found in the release notes.

Within the next week or two, we should be able to update the game with the following:

We are also making good progress on the reskinning of the GUI but as mentioned previously, we will update the game once we have majority of the skinning done. We are targeting the end of this month for the initial release.

Additional features that are close to being ready are:

Design
This week @luke-turbulenz has been re-balancing the resource distribution with @lucadeltodecso’s help. They’ve improved the system, and made distributions more fairly spread in the world. You should see less resources on the sides of cliffs and more resources underground, particularly on the surfaces of caves. He’s also been working with @AndyD on updating the objectives system to allow the next iteration of objectives that we’ve specced out.

@olliepurkiss has been working on lots of data for the attributes system, especially to do with damage. He’s also been revisiting the progression design, and starting to expand the design for the Forge. The Forge is a machine for enhancing equipment. In between that he’s snuck in a quick rebalance of the glass and brick recipes to make them a little easier to craft.

Rob has been continuing to work with @OortSimon on the new visual design for the inventory screen, transferring all the assets to use distance mapping to provide a nice look with minimal aliasing. This system is important to allow the GUI and HUD to scale smoothly up to 4k without resorting to huge memory hungry assets. He’s also been looking at possible designs for the in-game shop screen where you can buy extras for the game.

Art
This week has all been about characters, creatures and VFX.

The art team are forging ahead creating benchmark assets for the character customisation pipeline. Here’s models of two of our faces and some test decals. 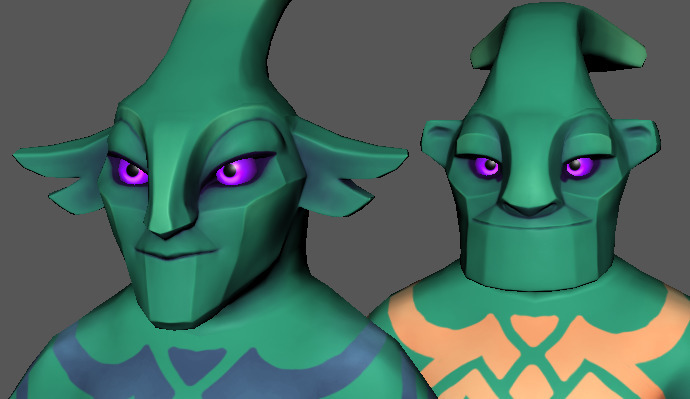 @Minyi is finalising the character faces for our first race. 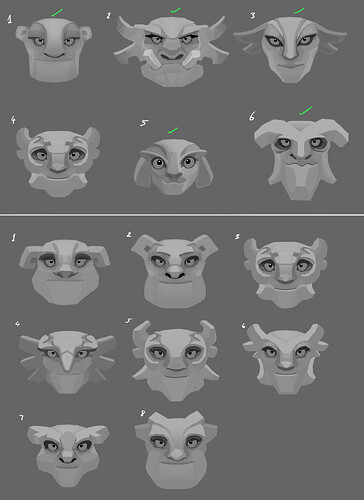 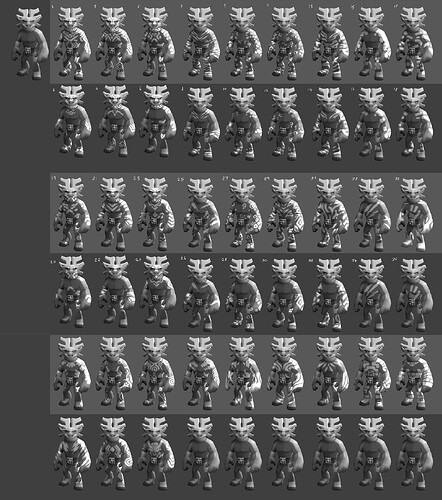 While Andy has been coding the attribute system we’re excited to be working on visualising upgrade VFX for tools and weapons.

We’re in full production on Hopper, Spitter, Roadrunner, Cuttletrunk and Hunter and will have all the tiers completed and ready to be integrated with the attribute system soon.

@jesshyland is also working on natural props and @Minyi concepting the beacon. More on the beacon feature next week.

Noise
Finally a short captured demonstration of the ambient SFX system that will shortly be hooked into Boundless. We recommend you plug in your headphones before listening to the video.

During the video Rebecca gradually enables and disables a range of features that change the ambient SFX coming from the environment, including:

A weekly update on a Friday! Zing!

So much to link to and be excited about, that I just had to do the entire post !!

So much good stuffs coming!

The resource regeneration is being overhauled, with a more layered system to encourage players to delve deeper and between biomes, and venture to more exotic worlds for the better resources.

This week @luke-turbulenz has been re-balancing the resource distribution with @lucadeltodecso’s help. They’ve improved the system, and made distributions more fairly spread in the world. You should see less resources on the sides of cliffs and more resources underground, particularly on the surfaces of caves.

A lot of great things in this dev update, but these two make me so happy. I can’t wait for these changes to be implemented!

Awesomesauce! Thoughts on maybe tagging resources like wood, stone, dirt etc. with the planet they were acquired from. I’ve had some issues personally trying to keep things organized this way. It’s currently pretty much guess work unless I make a point of keeping stone from Elopor, for example, in a particular storage block. Not sure if this would matter much to anyone else, but I like to keep things organized, not to mention it’d be nice to know where a particular tint of stone comes from if I were to purchase it somewhere. And by tagging I mean just a bit of info that comes up on mouse-over or similar that contains some specifics about the block. Perhaps this is part of the plan with working on the attribute system. Alternatively, perhaps I’ve totally misunderstood the attribute system. lol

Holy cow, what an update! This is getting so exciting

I’ve been searching a bit now and can’t find anything much regarding a way to easily get a block oriented the way you want. As I understand, it all boils down to what relative position and surface your cursor is on when placed. Surely there has to be a better way, that’s just frustrating!

Can’t we allow rotation before placement, or after? @james

Can’t wait for new character stats and progression including challenges.

And a beacon coming is great the grey box isn’t too inviting.

a way to easily get a block oriented the way you want.

At the moment a blocks position is relative to your own position when placing. You’ll get a different result if the stand to the North of a block instead of East of a block.

We’ve talked about changing this, but it’s not high a priority and I personally quite like it.

Very excited to see all the new things. Keep up the great work. I all ready love this game as is. Can’t wait to love it even more

Settlements. Our city - pixelgate is a mix of 50+ beacons created to separate plots. So will it be possible to connect them somehow together to form a city? (plots from me+dzchan and different players)

And villagers list needs to be expanded too: now beacon can remember only seven villagers.
List of location can include only 32 marks. Expanding of that a very needable too.

Additional features that are close to being ready are:

Is there a way to build a base completely under water and not have the water on the inside of the base?

While it’s not exactly pertaining to the topic of this thread, the short answer is yes, by filling in then removing the entire area you wish to remove water from.

Settlements. Our city - pixelgate is a mix of 50+ beacons created to separate plots. So will it be possible to connect them somehow together to form a city?

We decided to promote collections of beacons automatically instead of manually after watching how the current in-game settlement evolved where it often occurred organically. Players unknown to the original founders joined in and expanded the fledgling town.

This means that you can play with and collaborate with players who play at different times to yourself.

The reward for being the most prestigious Settlements is that they’ll automatically show up on the Planets in the Sky of the neighbouring worlds. Which hopefully will encourage players to visit them.

when certain areas with enough beacons automatically becomes settlements, could it be possible to name these settlements and it shows it for everyone who enter this area example “welcome to pixel-town” etc…? 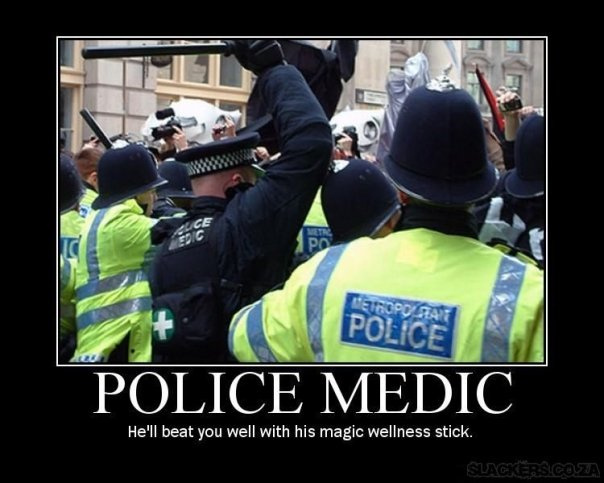 When will this be added? There is a rather plain house sitting above the hill that hasn’t been at all active since several weeks before I bought the game. I’m not complaining about their house, but rahter that their plots are above a tunnel i wish to claim.