I was just at Havok40k’s portal hub on Berlyn, Serpens Worcelli to try and sell some Oort Shards, but the Buying Plinth wouldn’t accept them. First try they went in the sell slot, buy wouldn’t sell. Second time I couldn’t grab/move the Oort Shards in my inventory while I had the Selling Plinth open.

I saw that in the plinth, 500c. I’ve never sold to a plinth before, so maybe I’m misunderstanding the function there. shrugs

The game seems to crash when I try to craft a beacon plotter / remover from a crafting table. I’m a bit sad that they can no longer be hand crafted =/ but I understand why.

Why are items leaving from my beacon area? Lost 5 plinths, grass has regrown, and pillars I’ve built are disappearing. 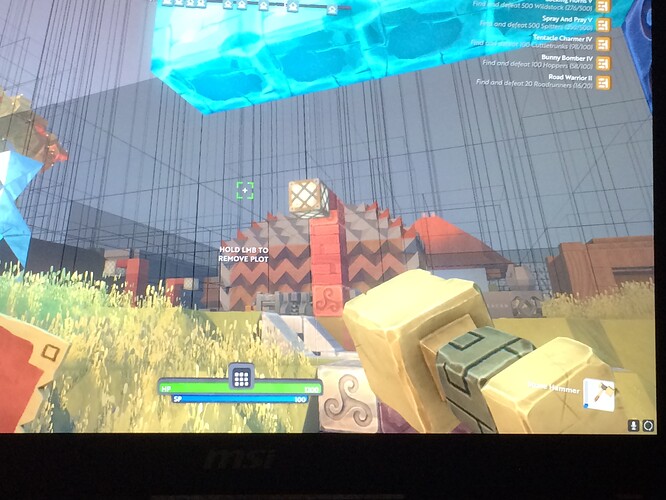 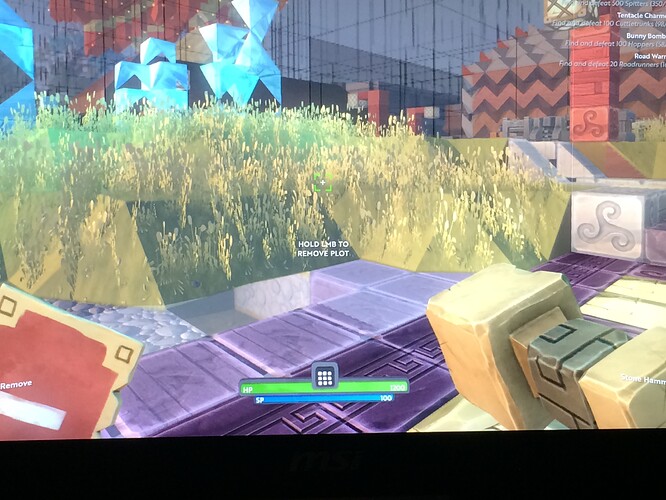 Regarding the issue with not receiving mining experience, is this happening with certain tools, or all tools?

What are the coordinates for the location in the screenshots?

We are looking to fix as many of these new bugs today as a priority. More news to follow.

Please keep reporting any issues you have encountered, include screenshots and coordinates if you can, this will help us to find and reproduce these bugs.

I tried opening Boundless at home and yes, my Avast firewall just suddenly decided to block boundless_loader and hence the Steam error. Disabling the firewall for a bit helped me.

@Cobaltian, thanks for reporting the bug on the FOV reset. We are trying to reproduce this bug. We have done the following but we could not reproduce it.

not sure a slingbow should be inside another slingbow as ammo

When travelling through a portal with half health it puts you back up to full health - then damages you again in the “red damage flash” once you exit the other side and puts your health back down to where it was before entering it.

How often does it happen between other worlds?

From what I can recall, the cuttletrunk was roughly 200 hp and I used my sapphire slingbow. This particular cuttletrunk was approx. 8 or so blocks up in the sky if it helps at all.

I also recall a single cuttletrunk spinning in circles after I hit it once. Its like it’s pathing went out of whack, but haven’t seen another enemy reproduce the same result, so I am not positive if it was a one off or not.

can confirm the same issue others are having with the cuttletrunks in munteen both dropping without a corpse at ground level and mid air. The one that was in mid air dropped their item without the corpse but this time with roughly 5-6 blocks from the ground with 2 hits (roughly 400 hp).

Also, I have noticed that I am getting a tiny bit of damage when I go through portals, usually from sanctum. It happened this morning and just a little bit ago. the next time I see it, I’ll take a screen capture (as it doesn’t seem to be happening every time).

Thanks for the extra information about the cuttletrunks, we still cannot reproduce it yet, but a bug has been logged.

For the second issue, if you can get a screen capture that would be great.

We’re not seeing this so far, what graphics card do you have?

Which tools in particular was it happening with? We’re finding that it’s not affecting some tools.

We’re definitely going to look into the torch sound issue.

Whenever going to a new server now, I get a constant lag blip where everything freezes up for a split second. If I leave it for about a minute or so, it goes away.

I had noticed that lava now flows and that it’s path update time seems to coincide with the lag blips, so could possibly be related.

Was this occurring when you’re going through every portal or warp?

@Cobaltian , we were able to reproduce it. Thanks for reporting this bug.