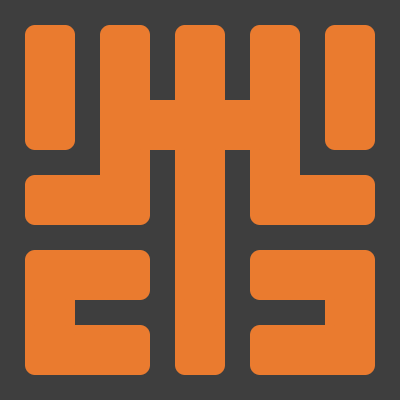 We are currently a small group of dedicated players, with large ambitions.
We are mainly based in EU, though our planet is US East.
We are recruiting people from all time zones.

The Caretakers believes in preserving the wilds - We try to co-exist with nature in the sense that instead of removing vast amount of terrain and tree’s we build around it, incorporate our design around what nature originally intended.

We are often found in forests, and tend to live in woods the most, where the Etherian Woods on Biitula is our home location where one will find the massive Tree of Dreams (more on this later).

We strive to make sure that everything we build gets to keeps, a rural/natural look.

As such we want more people to take part of our current ambitions.

We are currently looking for:

From joining us, you have the chance of:

If you aren’t a good builder, then we’ll be able to help you build a decent location for you to live in that would fit in with our theme.

The Tree of Dreams:

The Tree of Dreams is a massive project that we few are currently undertaking.

There will be a “root” portal network, consisting of smaller portals that will allow travellers and citizens to quickly travel around the woods within the settlement itself.

Over time the tree will evolve to make sure that whatever is on the other side of any given portal will be possible to replicate in one way or another.

Over the last few weeks we’ve had quite a few people settle in with us - and generally the settlement is growing fairly large, and it seems like we get new settlers just about every day or so now.

We’ve also started to spread out our portal network across to both different planets and to different settlements.

If anyone wants to have a portal to our area, then please do contact me and we’ll sort something out !

Also been working on the tree for the last week or so, where as it has been set on standby for some time due to having to try to conform to the new surplus of new players and shop demands.

We’ve been placing up platforms for fast travelling up and down the tree, as well as trying to get some roots in place that hopefully with time will make it look as if its being suspended in air by these roots, while generally trying to add to the feel of the tree. 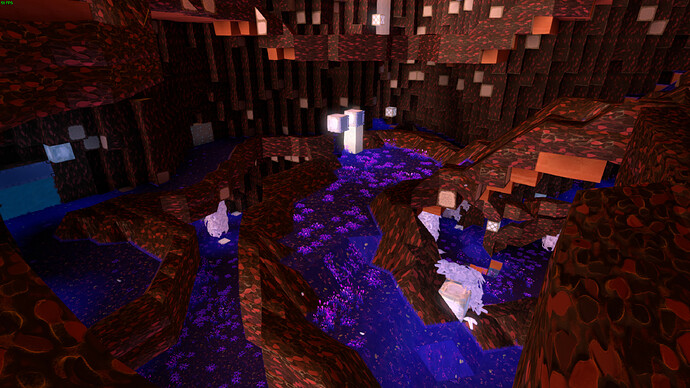 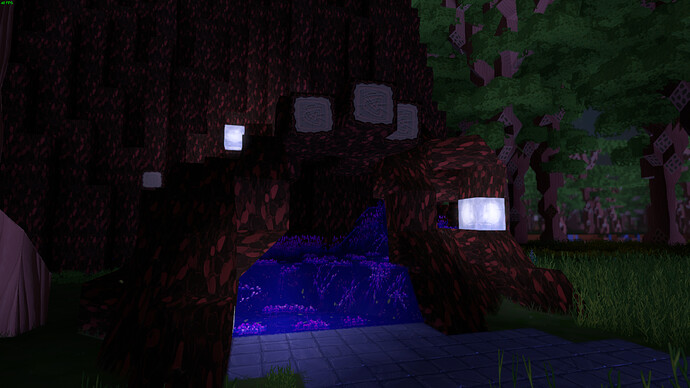 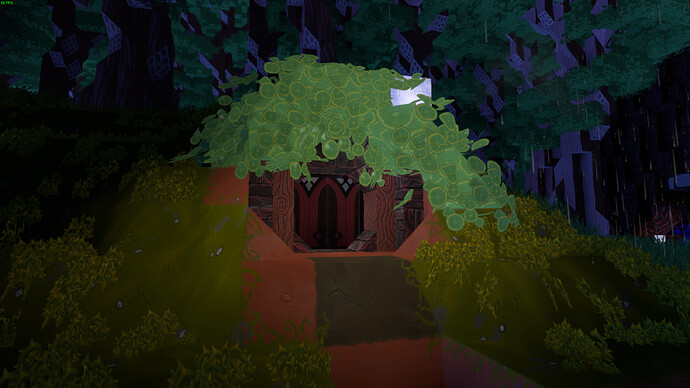 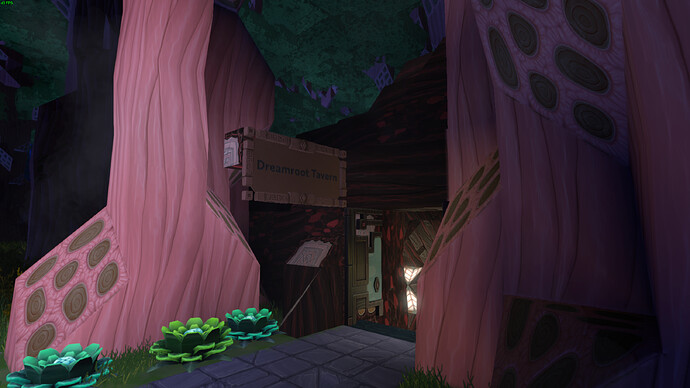 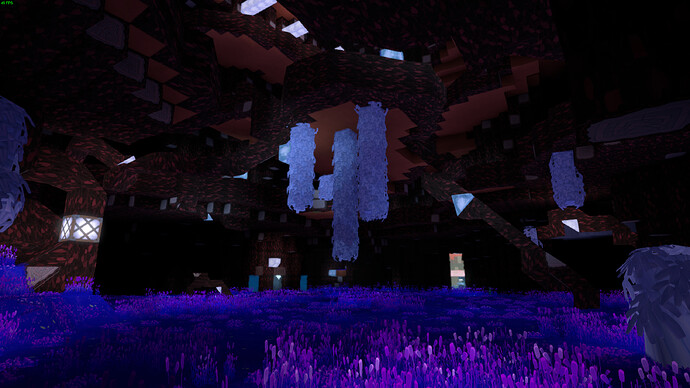 If you wan’t come say hello, then you’ll be able to find a portal to The Etherian Woods at the Biitula portals at the PS HQ. 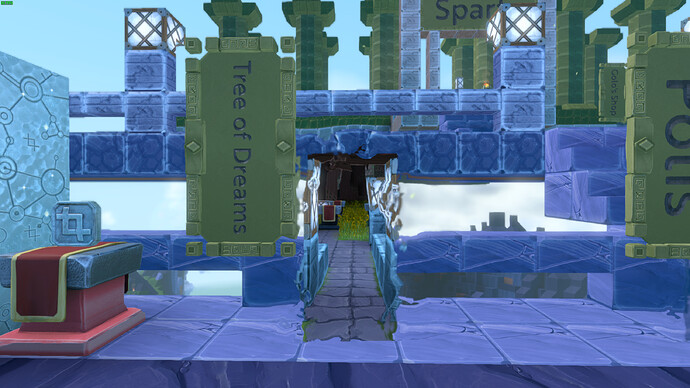 You can also get here from the portal area next to Purplehaze’s shop in Lamblis Market. 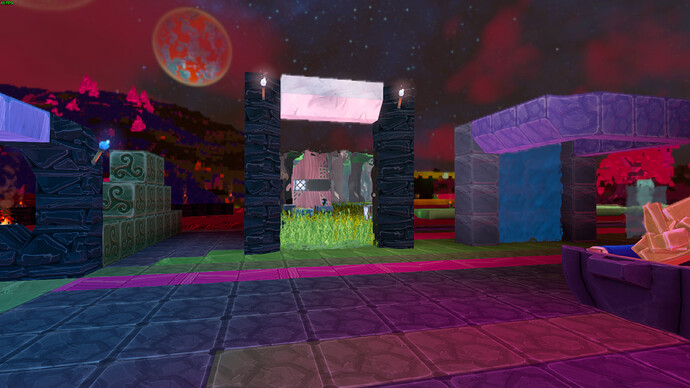 Lore:
Will be written at a later date.

We are now buying Lustrious wood found on Finata - 4c each! 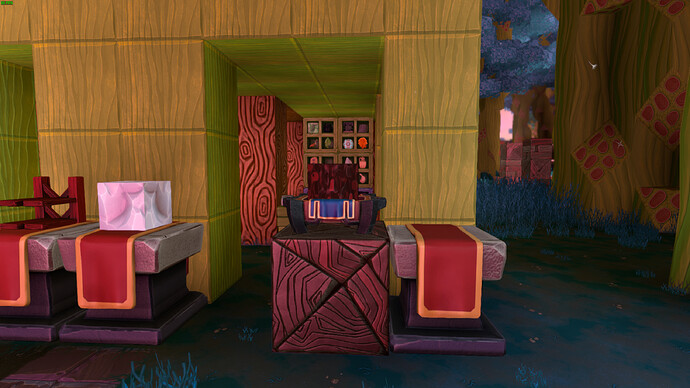 Or if you want to donate, then do please contact me ;p

Oh and, we apologies for the mess - havent set up a proper shop area just yet.

Looks amazing! I will come and visit to see if The Oort Collective can help out, we too believe in preserving the wilds and try to co-exist with nature. If we can help maintain the trees and forests we will wherever possible.

Been working on the walls on the tree the last couple of days - far from done yet, lots of small details still to add - Plan is to get the other sides of the tree up to the currently highest point, from which after we’ll start to add the first couple of layers within the tree itself.

But before that can happen we’ll need to remove the foliage and wood from the tree’s that resides within the the one we’re building, also because it makes it near impossible to work when you can’t see how far you’ve come our what you’re doing ;p 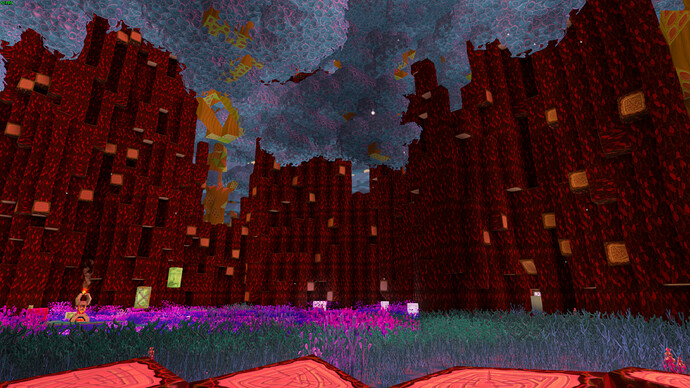 Looks like you will need more wood! haha, I will try and gather more

Lol yeah I might - Though I am sort of out of coins at the moment - but I will make sure to fill up the request basket with more coin as soon as possible for sure - still got a few thousand wood left though ;)- But will certainly need more

I like where this is going you guys bring something new and interesting to the game.

Bunch of tree’s has now been cut - Gives a lot better feel for how tall the walls are, as well as making it easier for me to actually build the thing when up there. 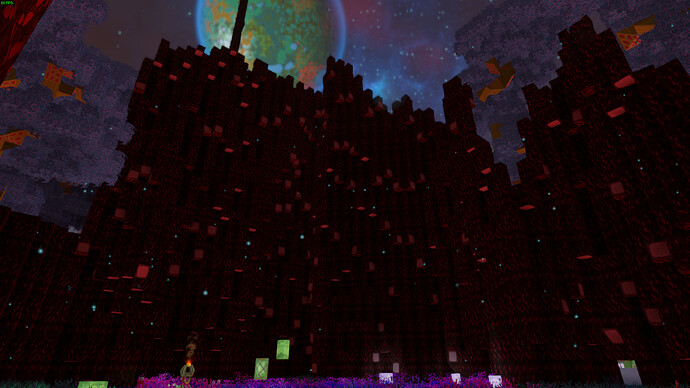 Just finished the wall to be about the same height - Next up, first few layers/levels of the inside of the tree.
This is honostly the more exciting part. 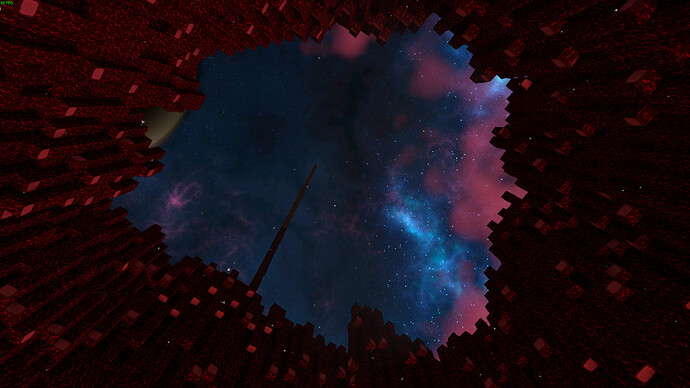 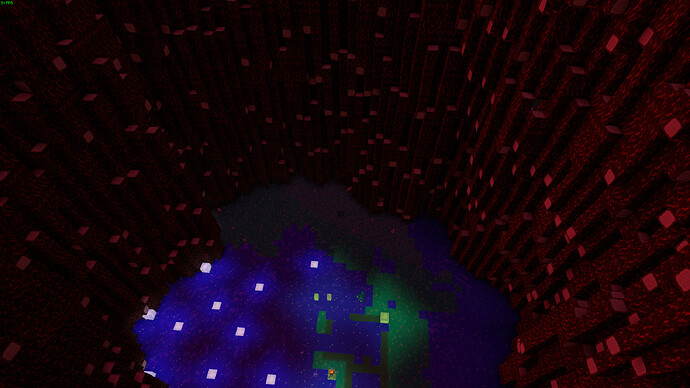 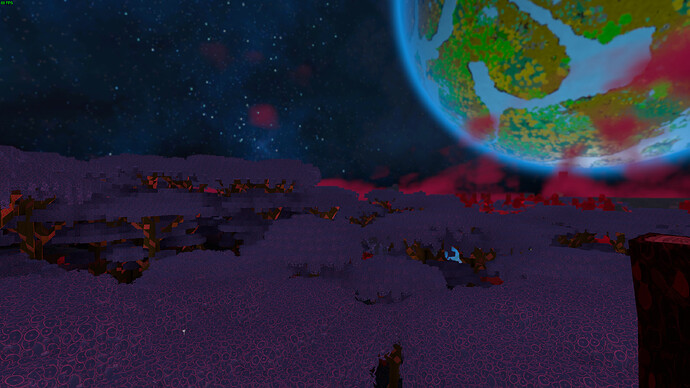 Started on the Interior part of the tree - Still debating whether I should have walk platformings follow the side of the trunk or if they should go up from the center and then expand out to the sides. 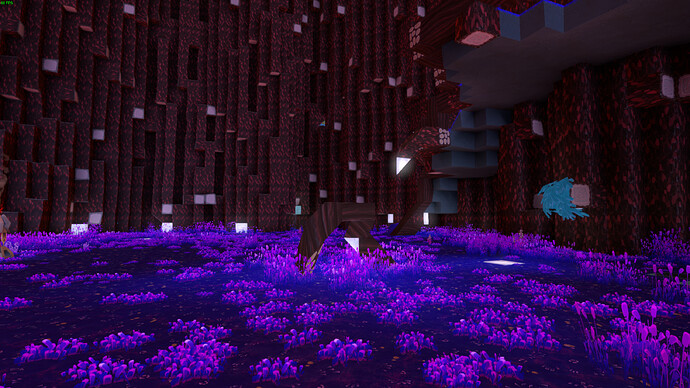 Also selling Centraforged hammers and slingbows, yet they are only iron at the moment, the hammers got over 1000 extra durability or hit just about as hard as a titanium hammer. 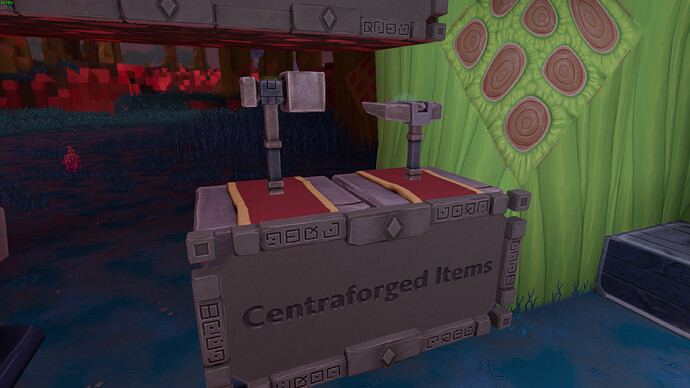 This spot is amazing. Looking forward to getting my tree house finished

We’ve started expanding an area to the west of the tree to make it into a shopping area.

Thematically we’ll have different shops specializing into different things, also making it easier to find where what goes.

New Screenshots of some of the progress we’ve been doing.

Some areas of the tree is currently causing us a bit of issues on how to progress in certain ways, but we should have that nailed down at the end of the weekend (hoppefully :P)

A lot better than the tree I made pre wipe. Any plans for what the top of the tree will look like?

Thats really what I fear creating the most when I get to that point lol - I wan’t it to have some sort of fullness rather than just flat leaves like you see on some tree’s though my guess is that this will be very hard to achieve while still looking alright.

I’m still trying to come up with ways that could potentially work, also with the other ideas I have in mind.

Ive claimed a lot of plots around my tree - though its a bit too big to cover it up around it I think, I don’t mind people seeing the unfinished parts of it, just still a lot of work to be done - where as I need to figure out how I can start using all the space I got at the bottom of the tree effeciently so its not just big and empty with lots of grass around, lol

Hello there I am happy to have found you ! I am a ps4 player and I came across your beautiful village a while ago soon after release.I spoke with a guy who was and is still building the roads there in the village.He was so kind to me and went out his way to show me his little cute undergrounfpd hobbit looking house that at the time wasn’t quite finished.He showed me the huge tree of secrets which I have to say I’m totally amazed how big it is,When I got into the game and got settled in lamblis after learning the ropes a bit.,I went back to bitula and decided I’d pick a tree away from your village think it’s the edge of village and I picked one big tree away from the village but you can still see it.I started putting a few stairs going up around my tree which I called COSMIC TREE OF SECRETS.I randomly decided to go to the top of thus tree I plotted and plotted high up away from others so I built a Mayan temple it’s bright pink wood which I took hours or maybe days chopping pink wood from FINITA.I noticed that behind me is a building high up to its a beautiful sight up there and it’s perfect to build big but not getting in the way if you and your friends.I had to lock it because I wasn’t completely sure about how safe my stuff would be as I was a very new player so I locked my doors till I come and finish off other stuff there.I hope i am not in anyone’s way up in the sky and I will not expand my build down on the ground .so anyway if you see a strange odd looking bright pink pyramid on top of a bitula tree it’s me I’m friendly and am respectful of others builds.Hope you don’t mind me visiting your village every now and then.The pyramid is a creation I built because I love building ,I’m not a professional builder but had to build something in bitula BECAYSE those trees there are beautiful.Goodluck with your village plans and wish you all the very best in the future of boundless.Thanks for being friendly I appreciate it. From COSMICCORI18 My gamer name is COSMICVIBRATIONS as you can tell I like space.lol

P.s I live in Lamblis permanently and play boundless purely because I am creative being and can’t help but build.But visit bitula every now and then.Must visit soon to do some more building in my pyramid.I noticed the person next door to my tree has built some pretty things too,it’s lovely to see people getting creative.Ill quickly mention another home I love and it’s a mushroom house it’s very cute!