This week there was no update to the Live version of Boundless but this doesn’t mean development has slowed. We have a big collection of features accumulating in our internal staging environment. Many of these features are interconnected and are best released together. 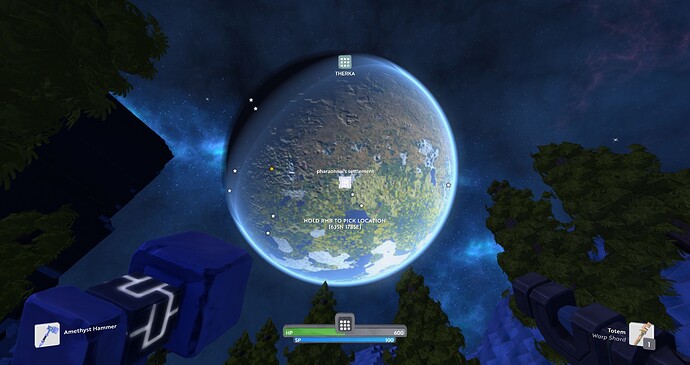 The changes ready to go are the collective Settlement, Beacon and Prestige updates, a revised set of Tutorial Objectives, and the new Statribute system that enables all the RPG elements. This update will be release to the Testing version of Boundless as a Steam beta next week. Likely on Wednesday or Thursday. Whilst the features (as usual) are a work in progress, they should be playable and make a significant difference to the game.

We also have a collection of updated and re-skinned GUIs, updated Wildstock skins, updated 1st person animations and lots more.

Code
We continue with the beacon updates, adding more of the first pass GUI and Beacon Fuelling logic.

The HUD has added more detail to interactive blocks, such as machines and plinths, to explain the beacon permissions available on them. The GUI reskinning has been working through the crafting and machine screens. We have also spent time fixing some of the bugs related to smart stacks.

The new tutorial is now in and being tested. We continue the work with attributes and the skill unlock features. As part of this the higher tool upgrades now support damaging multiple blocks with a single action, examples include a cross shape, horizontal and the full nine. The point projectiles now also break blocks, if they are powerful enough, but only tools will create block drops for natural blocks.

The character animation updates are progressing with a new consume animation added so you no longer mine meat.

We added message coalescing to the network traffic that will reduce the number of packets sent. This should help reduce latency spikes, especially on lower bandwidth connections and Wifi.

Design
@luke-turbulenz has been continuing to reviewing all the biomes we have made working out how best to make the next set of worlds. If you want to contribute biomes to the game, please checkout the public repository and let us know. He’s also been supporting Andy on the objectives and tutorial.

@olliepurkiss has been back onto balancing, with tool and weapon damage taking a step forwards. He’s also been looking at the creature data with a view to more balancing. In between he’s been doing more Forge design.

Rob has been mainly improving and polishing existing HUD elements this week including additional compass states and icons, an updated newsflash and status effect HUD. He’s also been looking at icons for the various sized settlements. 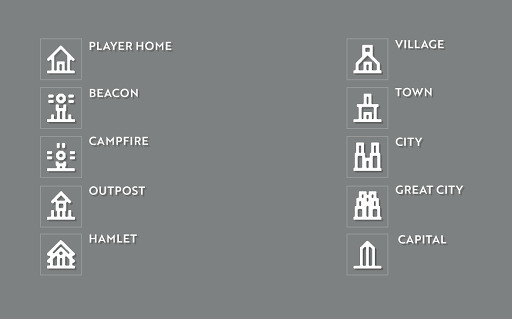 HUD Updates - can you spot the changes? 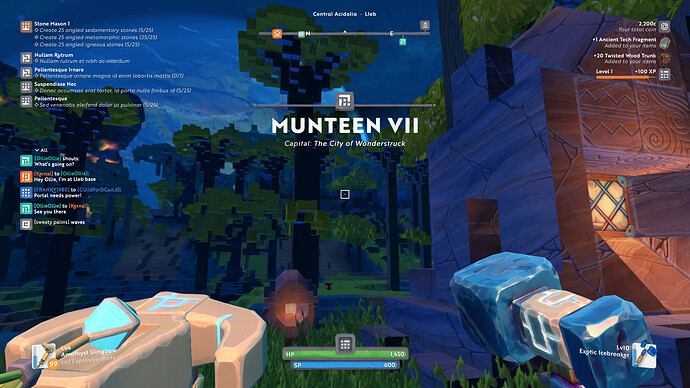 Art
This week @gerryjacobs has continued on the final animation pass on the hammer and tools. There’s quite a few changes to the asset structure under the hood so we will release when all is fully complete.

@Minyi has expanded her exploration of decorative props with poles and a more kit of parts approach. Checkout the work in progress here:

@jesshyland has been integrating all the creature tiers in to game for Hopper, Cuttletrunk, Roadrunner and Spitter. She’s also integrated the Bottles and assorted misc items shown last week into game. (Now Ollie has to design a use for these before we make them available.)

As mentioned in the last couple of updates we’re currently building a library based on Earth-inspired prefabs for the 1.0 worlds. Here are some screenshots from the prefabs in development, these will hopefully create more interesting worlds to explore and more variation per biome and world:

Cavelights - a pretty source of gleam: 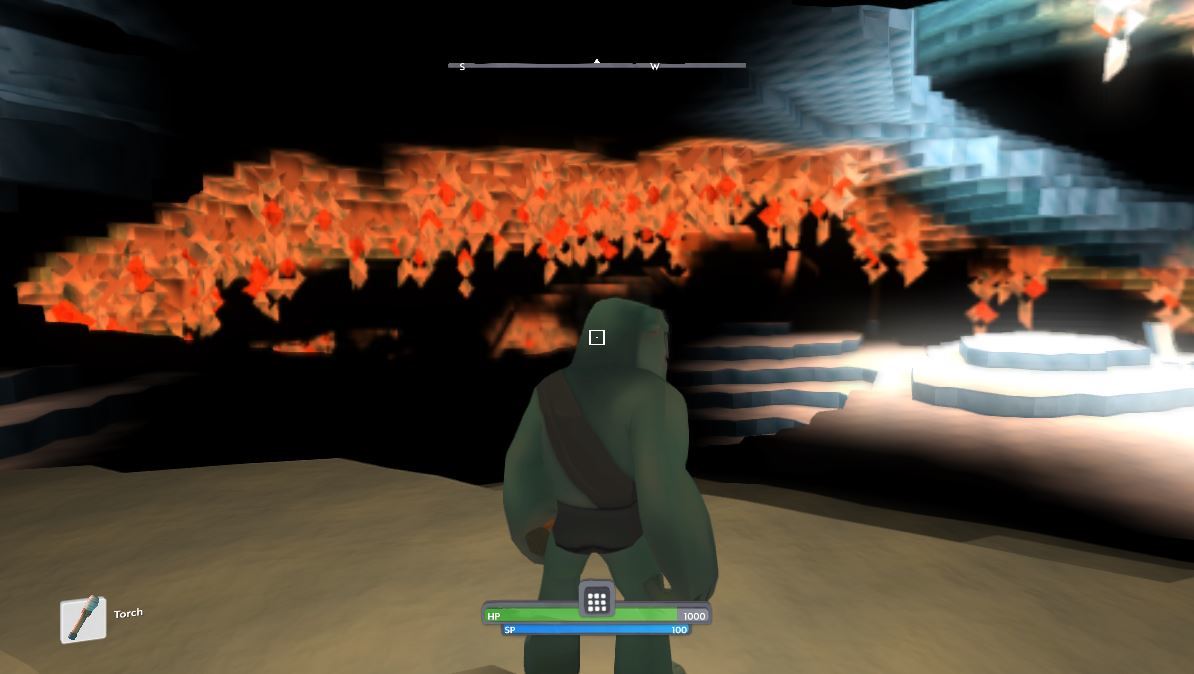 Fruit trees - but we wouldn’t recommend you eat these fruits: 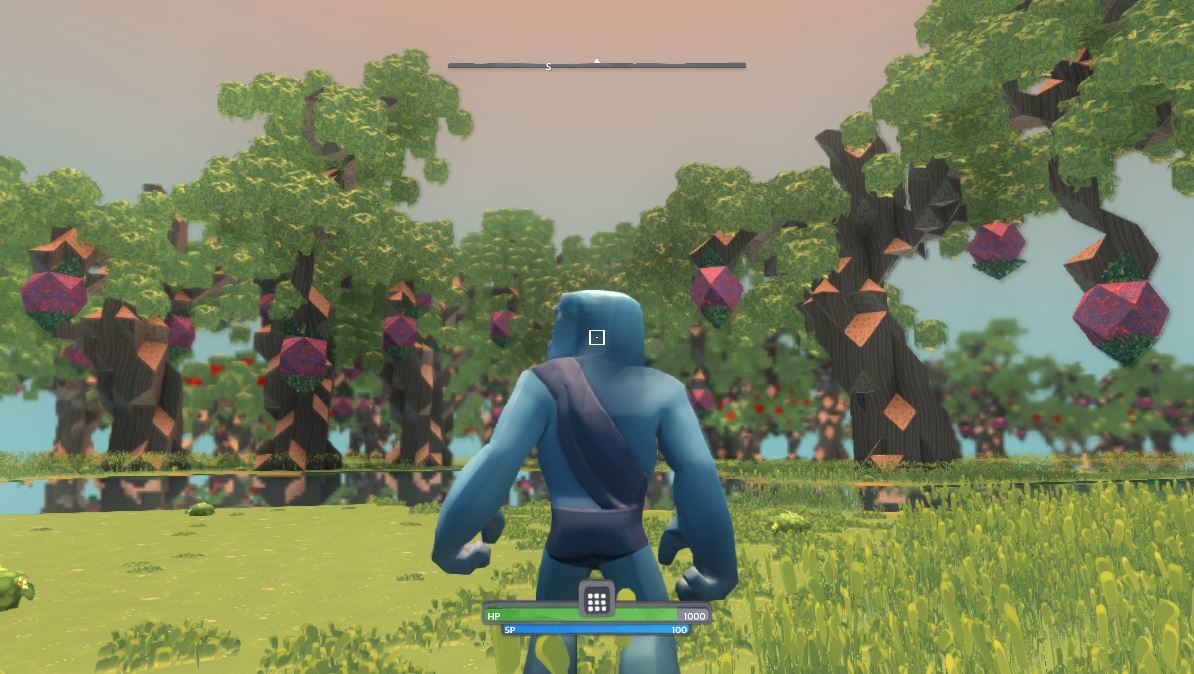 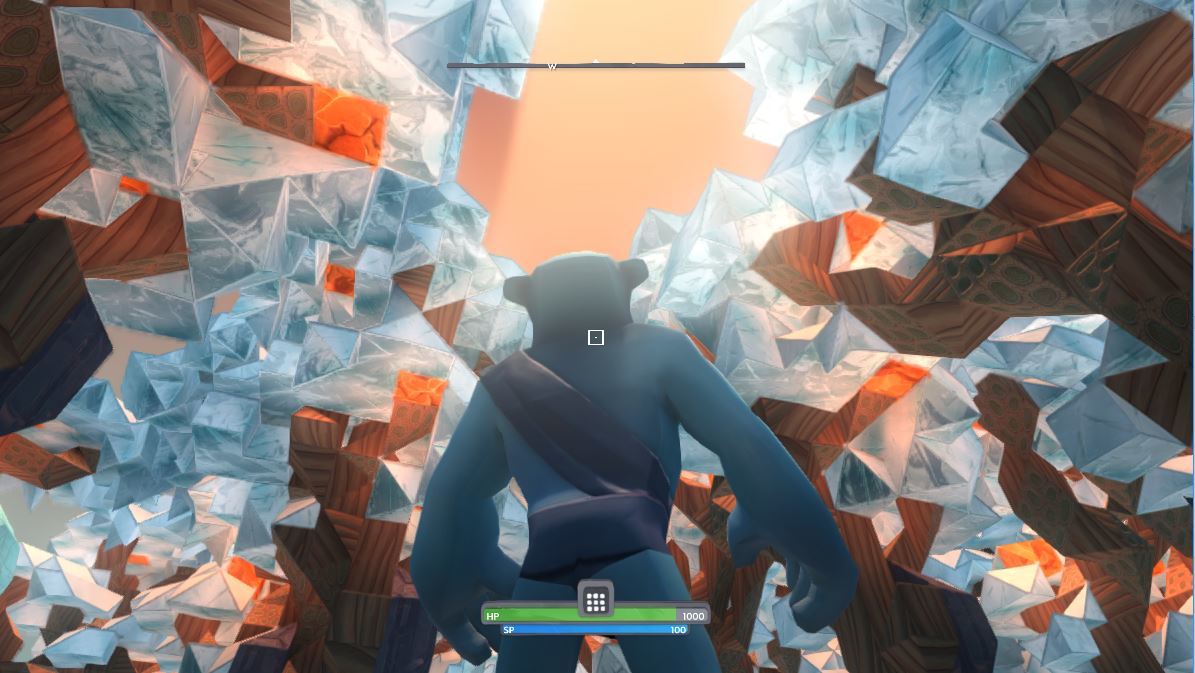 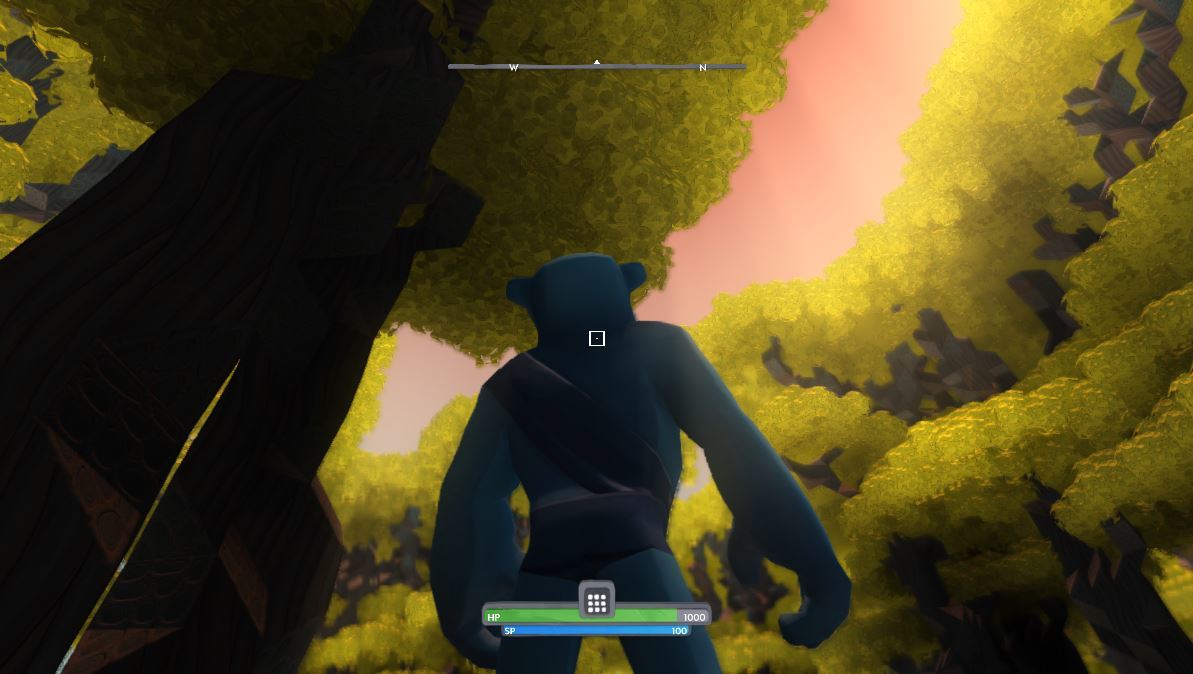 Give me that orange and purple gleam! I love those gleam trees. They look awesome. I’m actually thinking of replicating something along those lines in my courtyard.

As for the UI updates. I’m loving the look, but will your coin always be visible in the top right? I don’t think it’s something that constantly needs to be displayed on your screen.

I really can’t bring myself to keep mining so waiting on the next update.

And a quick google translate says something about sterilising the Japanese nation right up until you put the last word in, then it changes to “Awesome deductible pain such as volleyball” haha

And OMG is that WHITE gleam on those trees??

Can’t wait to see this in game! Just fantastic as usual.

You what? Understand ← not me

I may have to play the testing version next week, all week. The tutorials seem like a much needed upgrade, will all the new interested players coming in.

And I love the improvements on the GUI, the prefabs, the new compass icons and the explosive things. Give me all the explosives.

Ok, now you made me go and do the rest of them through google, which brings up some hilarious results - the google ones came back as a result of typing the entire text in them. My guesses are based on the fact that I’m assuming they are Objectives to complete and using a Latin site to translate words 1 by 1.

Google says: “I have make-up to do sometimes”

Google says: “football is great kids, this was the pill with a great real estate”

I can only guess at: “Nutrition jugs: consume 1 healing potion”?

Google says: “Suspend or: Unfortunately, it was a flat layer, ie, the gate that no finish”

Pfft, I got no idea on this one: Travel to “Japan” (as a planet name) and kill 25 creatures?

I guess the first one is:
No shovel
No shovel, besides adapting now and then

this is turning into a “hot debate” on the discord. someone who speaks latin, or the devs, should tell us what they all mean so we can put it to rest peacefully

This may be a little anticlimactic… http://www.lipsum.com/

I love the fruit trees!! Strawberry are the jam but I would like more!

This update will be release to the Testing version of Boundless as a Steam beta next week. Likely on Wednesday or Thursday.

@james can you tell us when this will be up? I am quite keen to test this out.

This may be a little anticlimactic… http://www.lipsum.com/

And http://meettheipsums.com if you want some other ipsum style generators

can you tell us when this will be up? I am quite keen to test this out. 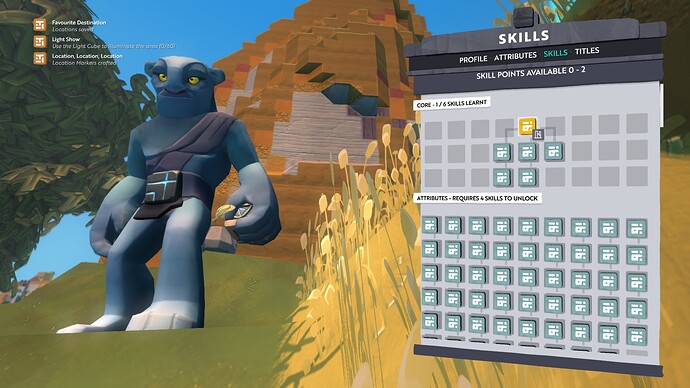 but there are a few problems

Edit: to be clear the compass stays on each time i just have to relearn it with more skill points each time i log in.