What was your first memorable boundless experience?

I’m building here in Biit… this was my first home. I still live in the same spot. I started playing a week after release so I have been here a long time.

I think it was the 2nd night here but it was a night to remember. I didn’t know what hoppers were. LOL
As night was approaching I heard this weird grunting on the outside of my rock hut.
The hut was elevated a few blocks up. I peeked out of a hole in the wall and heard the sound of something gearing up to do something bad outside. LOL… The hoppers kept exploding and I hid in the center of my hut until morning and then made a break for it when it was light enough. The next day I raised my rock hut even higher.

My friends had just begun playing this cool new game called Boundless, and I was invited to help them build things in a pretty little forested area they’d found on a planet called Kada I. I’d never played a building game, before, but it sounded like fun…so I bought the game on Steam, figured out where everyone was, and started gathering resources.

The forest itself was lovely, although it did have some pits here and there; however, the area surrounding this forest was almost completely made up of an awful, Swiss cheese-y grid of muddy insanity, and was a source of constant frustration. The first time I fell into one of these holes, I had no idea how to get out of it because I hadn’t been introduced to grapples, yet. After punching through nearly a dozen layers of rock and mud to build myself an escape tunnel, I tried to make my way back to my friends in the rainy darkness…only to plummet into yet another hole. This new pit of despair contained a very hungry Spitter who immediately did a little hissy dance and gleefully gobbled up the last remaining sliver of my health bar. Frustrated, I decided I’d had enough gaming for the day and spent the rest of the evening watching movies.

A day or two later, I decided that it was about time I gave the game another try. After my friends taught me how to use these nifty little things called “grapples”, I set about filling in every deadly murder pit in every plot that I could afford to buy. I literally named my first beacon “The Sea of Holes” until there were no more to be seen, after which I called it “The Sea of Green” (I’m a Beatles fan, can you tell?) Nowadays, it’s just named after my store.

I’d initially wanted my first building in Boundless to be a cute little flower shop, but I slammed the brakes on that idea and decided to create “The Temple of the Holey Land”: a simple place of worship dedicated to spreading the good word about grapples–complete with a few silly signs and a smidge of hidden lore. My friends got a kick out of it, and so it stayed. I’d eventually build my shop elsewhere in town.

“The Temple of the Holey Land” still exists to this day, although it’s gone through a few facelifts over the years. If you ever find yourself wandering through the little town of Ataraxia on Kada I, feel free to stop by the temple on the hill and pay your respects to these wonderful things we call grapples. 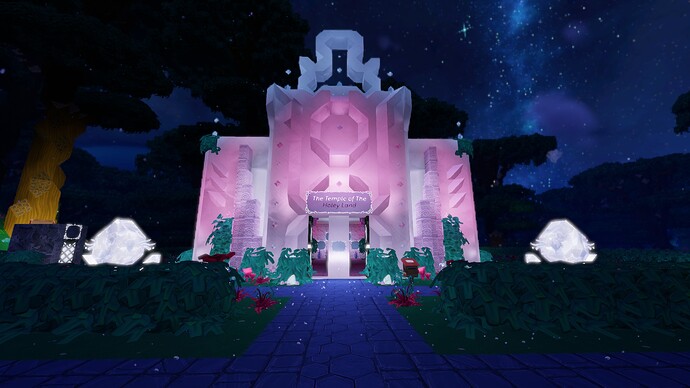 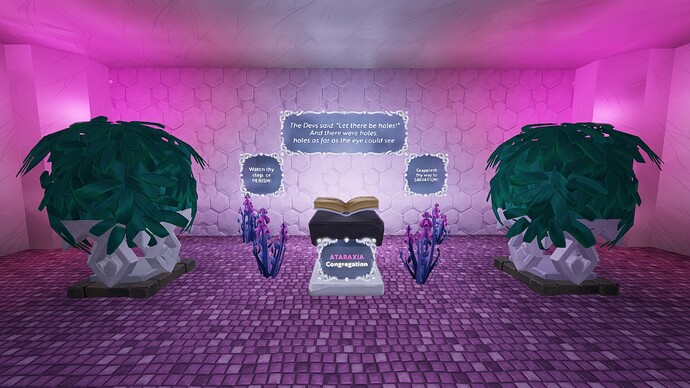 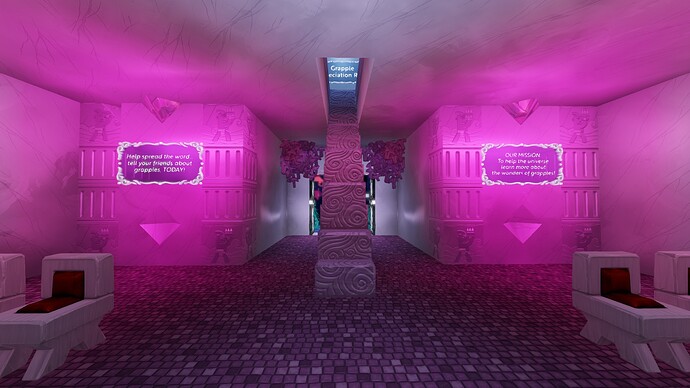 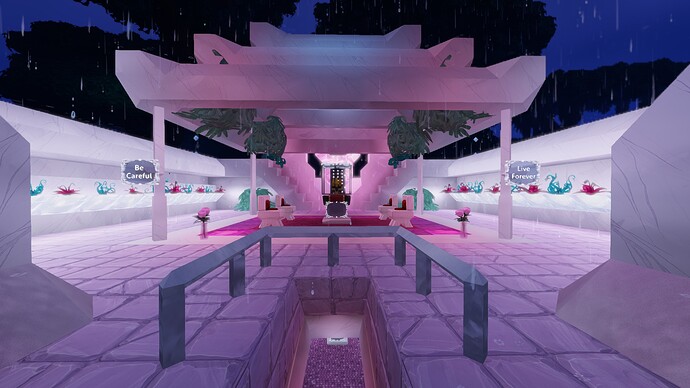 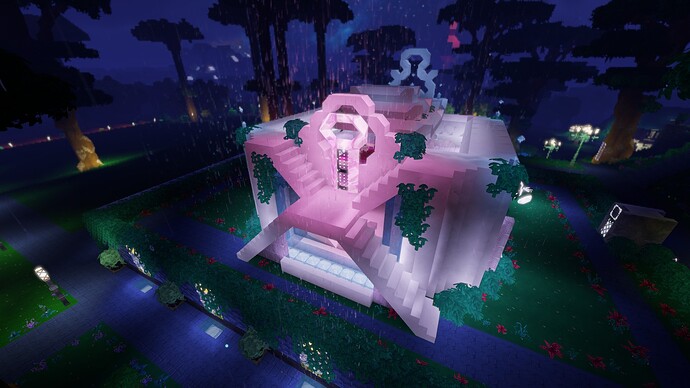 Been so long but one early memorable moment i recall was going on my first ever large meteor hunt, it was with a departing dev (Steggs) who left for pastures new. There was at one stage around 70 of us patrolling across besevrona, id previously not seen anything like it in the game.

I played a bit before release and was immediately hooked.
I build a mote around my build to easily kill the wild stock around my base as I kept aggro-ing them while gathering resources nearby …

When Mining first mass crafting torches to see something when I was underground and since I had no grapple then went down in a step wise fashion.
I was so proud of all of it , when looking back now I had so much still to learn

Exploring a bit and having met someone that showed me a huge build with an underground twisted twin tree , I still remember feeling impressed by it …

I eventually stopped playing in testing as my potato PC could not handle the game well , rubber banded a lot and when I crafted a tool it broke on first use … but once my PCwas updated and the game hit release started up once more and am still here enjoying all of it

I played completely solo for like, 6 or 7 months just building a little castle and tree with iron single shot tools on maryx. I knew the game was an mmo but I never really got what that meant until I decided that I kinda hate building stuff and wandering sounded more fun.
I found so much stuff.
So much.
Hammers that could hit 9 blocks at a time… portals to these worlds that looked so different and could kill me so many times…
And people that made it all feel alive, like we were all trying to make a civilization out of nothing. It felt like we were all doing our own thing but also one big thing at the same time. The malls and hubs and group hunts.
This is far and away my favorite game because I got sick of building and went wandering that day.

This new pit of despair contained a very hungry Spitter who immediately did a little hissy dance and gleefully gobbled up the last remaining sliver of my health bar.

I started playing during EA, not long before portals were introduced.
I landed in icy parts of Therka.
I was such a solo player first half a year or even more.
Then it was time to be part of Therka Market - my first experience of life in settlement. I had a shop there, ran together with my first made-in-Boundless friend, @Arkefyre (oh, how I would love to see him in game more often!!)
I still spent half of my time soloing around my ice mountain base, but that community-play experience added something new and now, years after, I am way more involved in group projects and responsibilities.

Oh, the memories!!
So, yeah - my first memorable time was all the ice, snow falling, the sound of wind when up on mountains top, this amazing feeling of adventure when exploring all the caves and building my little personal Moria of sort: 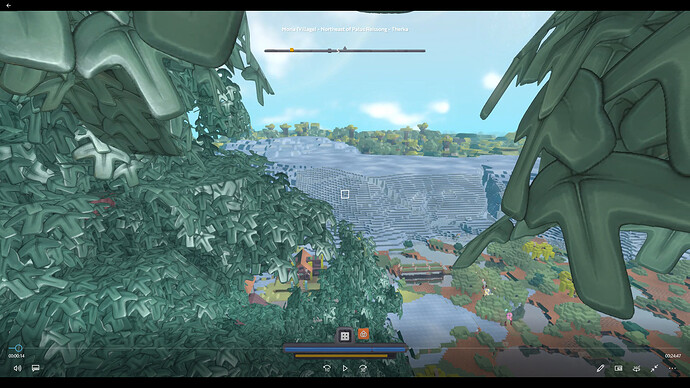 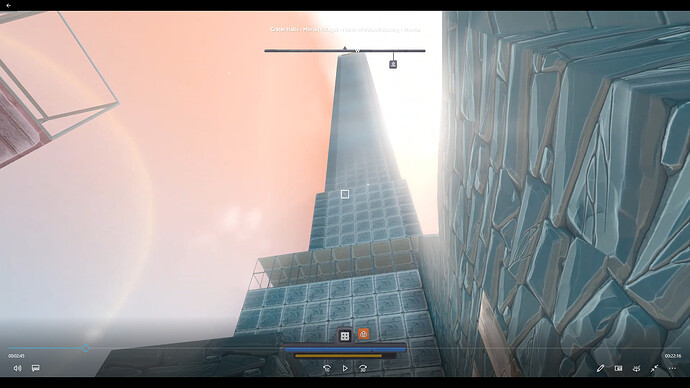 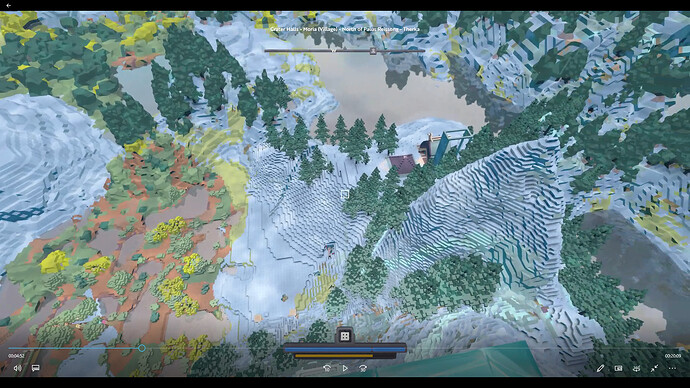 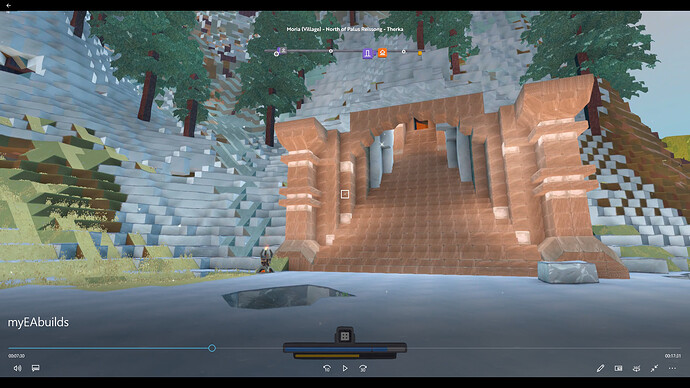 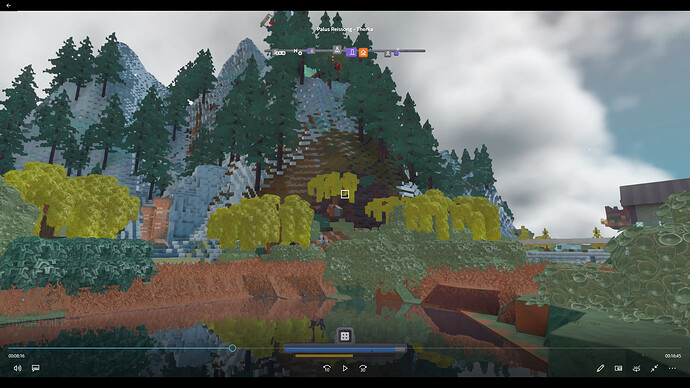 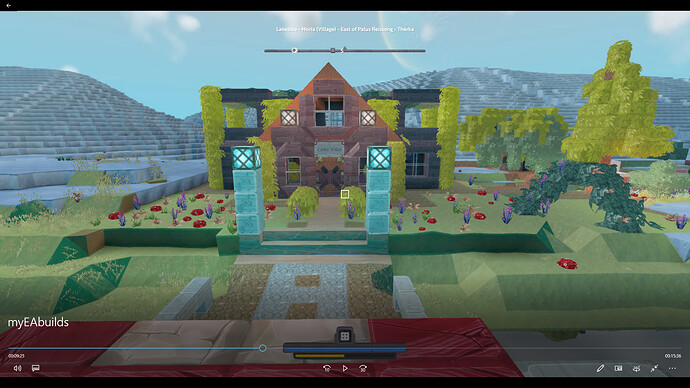 Made me remember all those magical moments that got me so hooked on Boundless.

I have 2 memorable experiences since both are dear to me. The first one was when i first installed boundless in 2015.

In those early days it was known as oort online. I remember being on the planet and the first thing that drew my attention was sauron’s tower.
It was all black, and made of rock iirc. The inside had a sloped ramp that led to a top floor and there were a few torches placed on the walls. My mind was blown…a ramp? This big tower? However i would close the game not long after that and not return for a while.

This time i played a good vouple weeks and learned that night time…sucked. at night it was hard to see the scary spitters or cuttletrunks. But it was even more confusing trying to run from hoppers.

That was when i used the light cube like it was nobodies business. Yes i found gleam and got a couple blocks. But that light cube was easier and i could take it with me!

I miss the light cube. It was my in game teddy bear helping me against the creatures in the night.

I still remember shaking the light cube so often.

oh my!! that was so cool and annoying at the same time lol

My first?
Well I’d never played a building game before. So I was just oohing and ahhing over every visual in game. Landed on Raxxa (still have that landing site bookmarked).
I had been in game for about 2 hours, when 2 people ran by (Afreckta and Balltongue). They stopped, we chatted and they invited me to come see their community they were building.
After bookmarking the location, they took me to a nearby beacon that had expired. They had already looted what they wanted from it. So I set out to strip it bare.
It’s been a fun experience since, with a few bumps in the road.

On who knows what plant a long time ago I build a little hut with a roofed in porch. It was tiny, and every day I would go to Lamblis for silver, sell it and save up. I never really got any money though.

I was thinking of remaking my first real home… I think it was just 1 plot… it was rough. I see new players building cabins now

and cute little homes. When I built my first rock hut I didn’t realize that the direction of the block placement mattered. LOL
A week after playing I thought it was safer to move underground. I painstakingly placed torches all over the place. It was a big cave. I came back the next day and was like WTF someone stole all my torches!!! lol… ahhhhh but it was reclaimed by the land

I still have my first home buried somewhere in Sasquatchville. I go there sometimes when I show people around town. I remember trying to figure out how to place the deco wood for the roof for the pattern to all fit once slope chiseled rofl

My cute little noob house, made from gyosha wood and gleam and foliage. A basement, finely lit with gulp Serp Gleam. Brown Town’s roads and pathways were literally made from foliage. I wish I had taken pictures. It was a mess, but it was a pretty mess and it was MY pretty mess.

The most memorable moment for me was discovering my first city with a friend. We didn’t know what to expect and suddenly found Sinewiz Sanctuary. We were in awe of the buildings and the amount of detail the game had when building. We also met Gromer who gave us a gold hammer to start. Since then We’ve made it a habit to give a gold hammer to other new players we encounter. We took a break after a few months of playing, but returned this past September. I’m so glad I came back as this community proves to be one of the best communities to be a part of (a nice break from LoL haha) and the creativity people have always astounds me!

Same. The first time I saw that city it was amazing. It seemed to sprawl for ever. Good times.

I remember when I first moved to what was called Yilis Nation (the settlement is now gone), and during the first week I met someone named Embee (and a couple more people), who had made a little home in that town.

My first day or two as a whole were extremely memorable.

Just blown away by all that had been built, and also by the atmosphere of the worlds - they felt like real places, it was a special vibe, and I could tell Boundless was very special!

Some pics from those first few days… 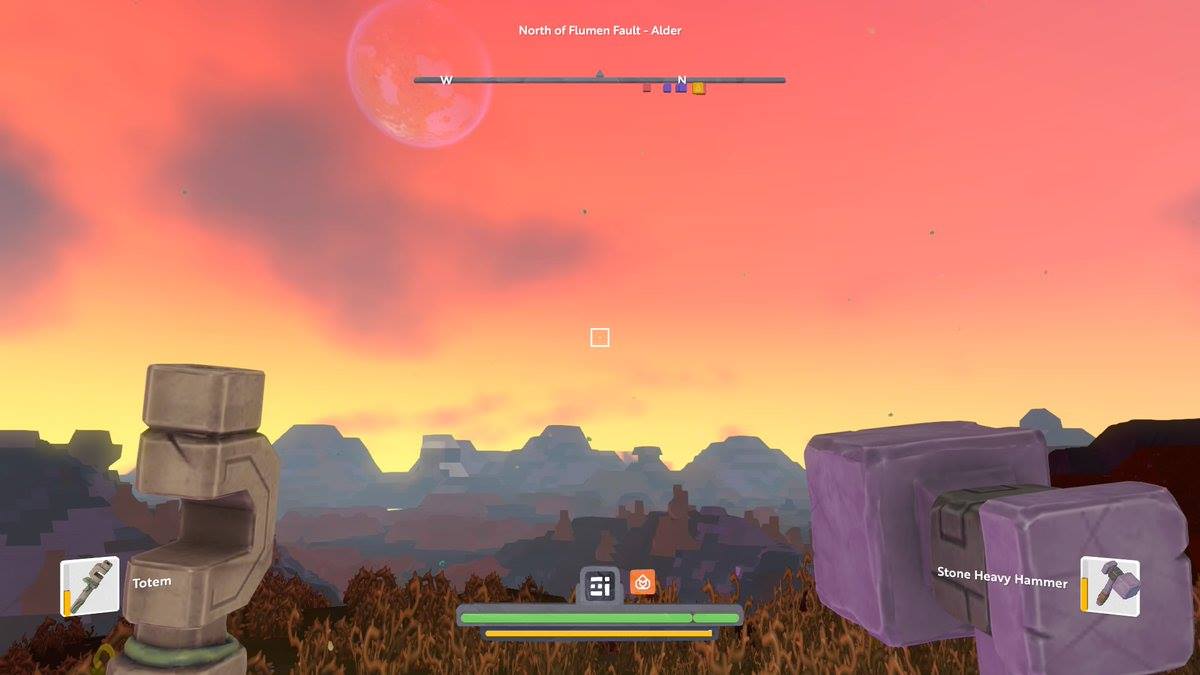 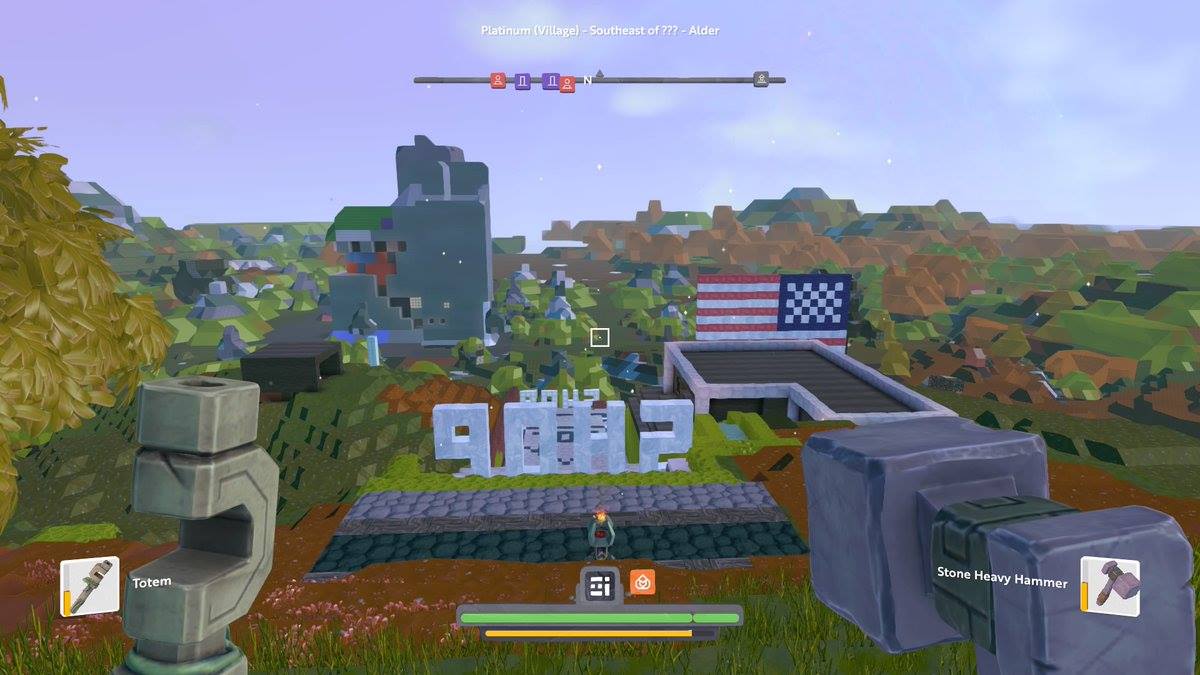 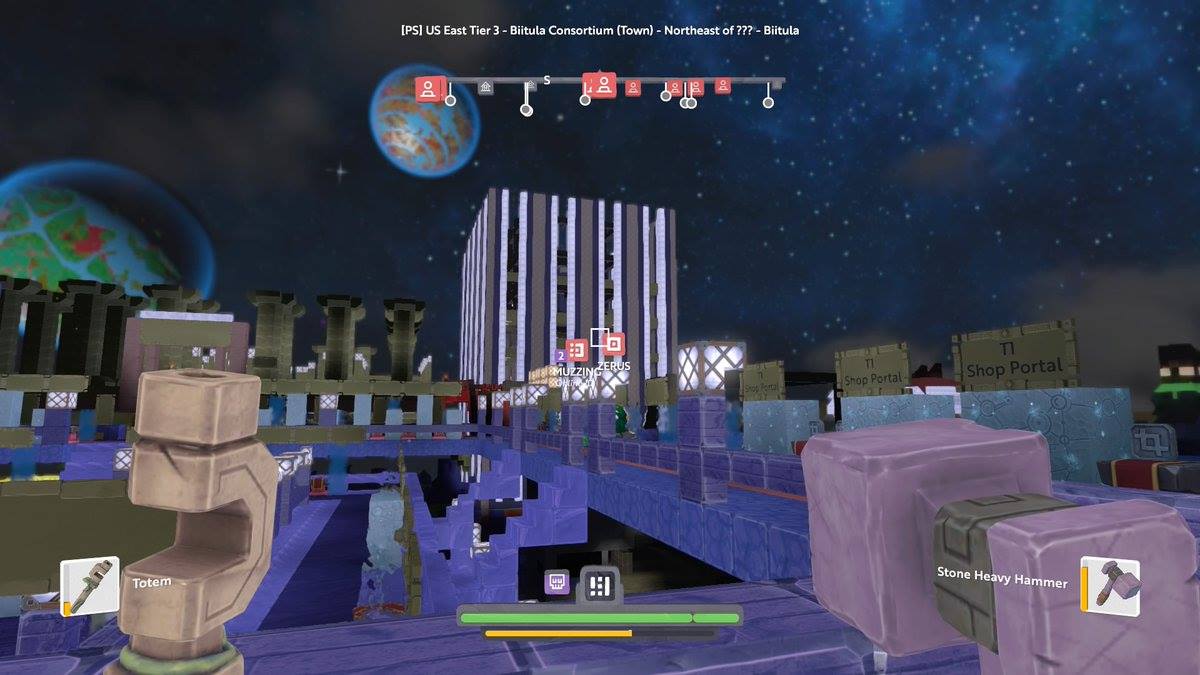 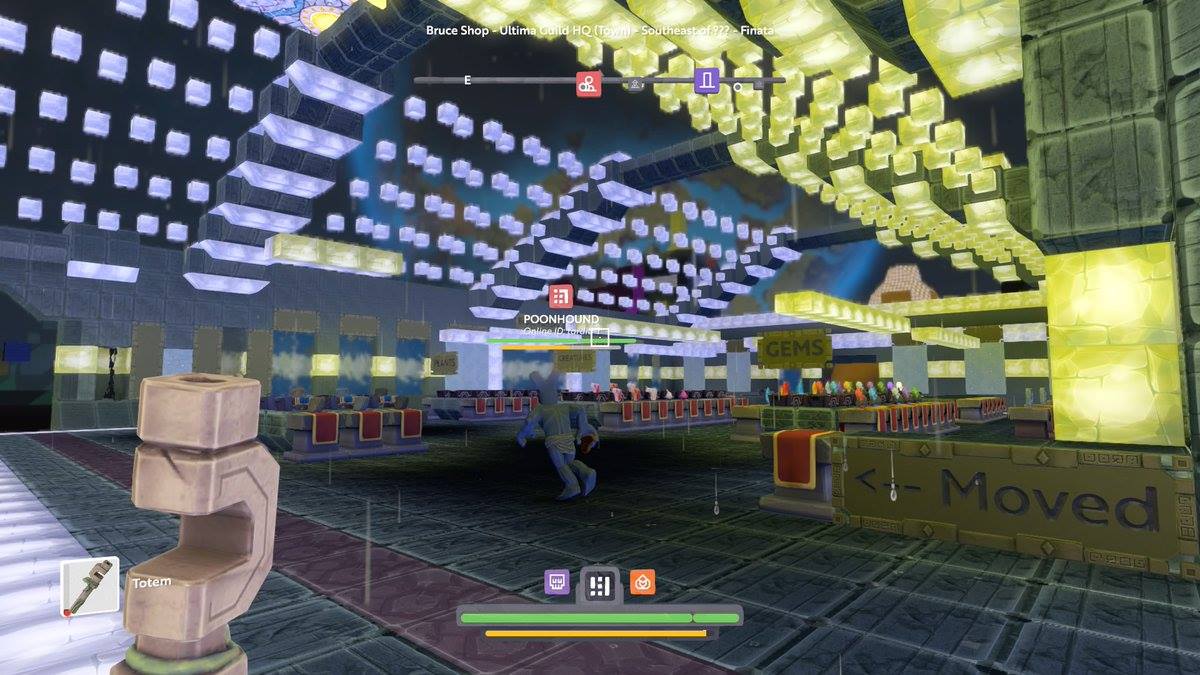 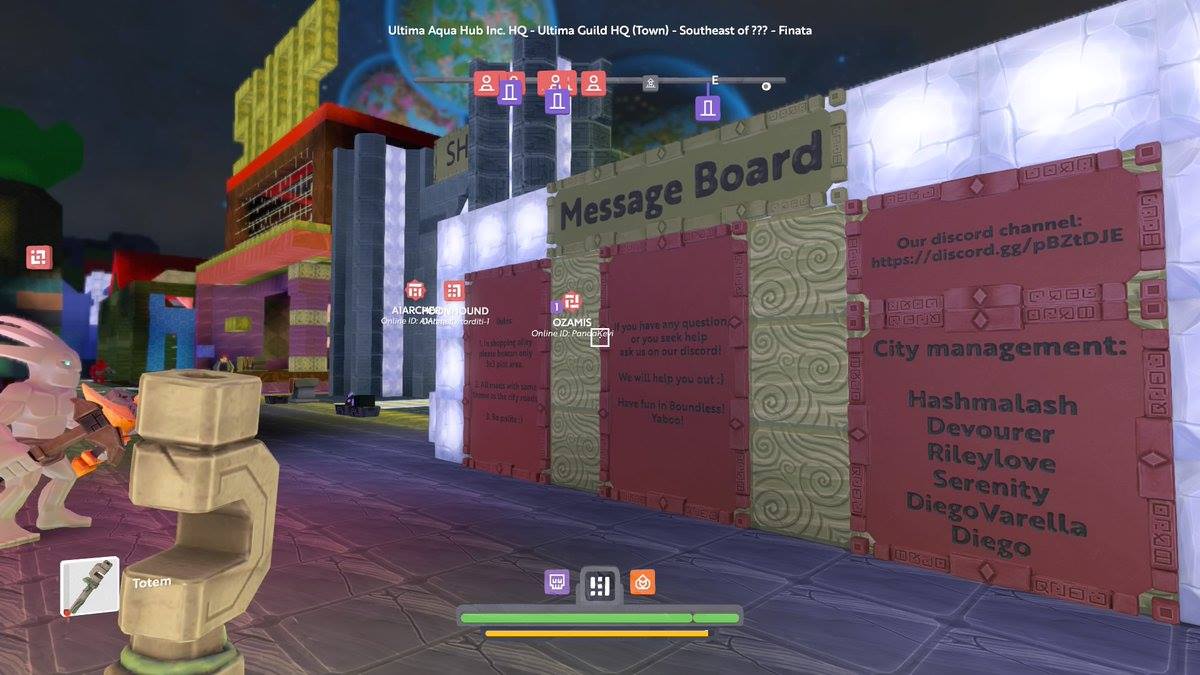 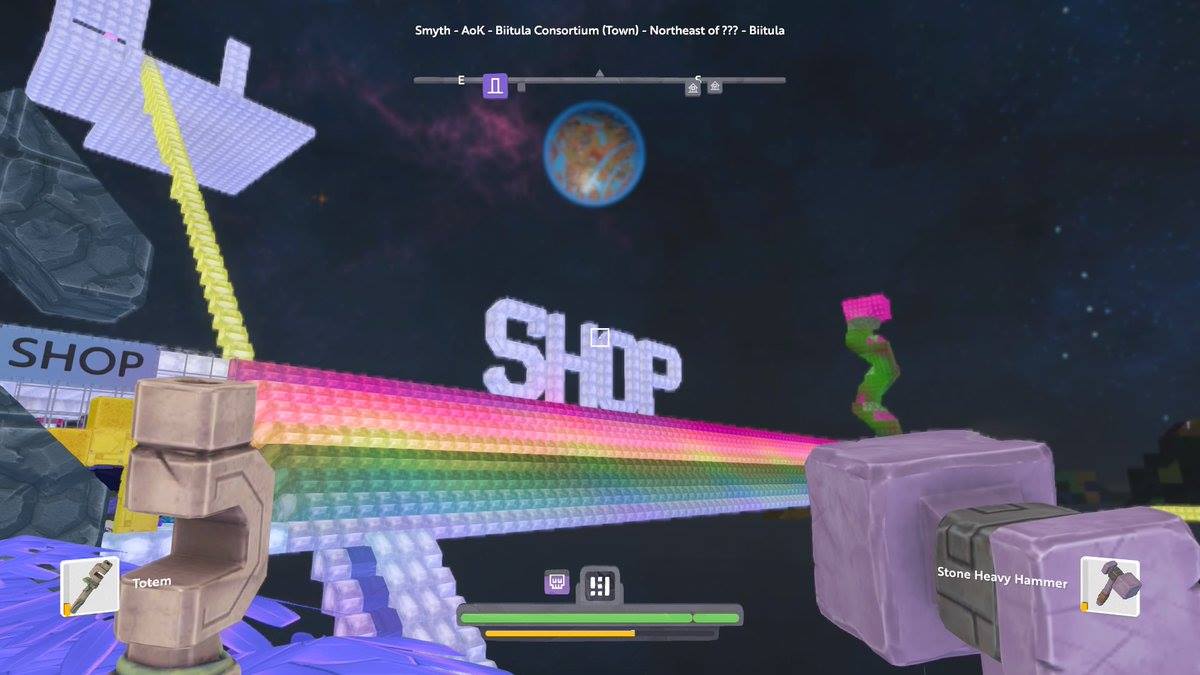