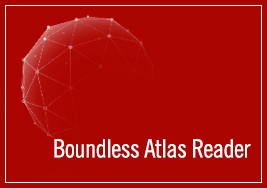 I find atlasses aren’t great maps and I wish there was a better alternative.
So I thought about a machine which, once interacted with, would allow you to plug an atlas inside, hence activating said machine.
In my head, it would somewhat look like this :

You could imagine that refined gleam could be a component to craft the machine, and that it would visually influence the color of the little crystals featured on the machine. Or metals could be the main color influencer, and you could have an iron atlas reader, or a gold one if you’re into bling. I’d dig that.

Anyway, once activated by pluging an atlas in the machine, in a nice UI window, you’d see the map of the atlas, unwrapped in a nice square (instead of the spherical shape of the atlas), and you’d have to ability to use your cursor to select points like settlements, to track them or to find some informations. Basically, what Boundless-Maps does, but in-game.

This would allow you to go like “oh, there’s a nice new build over there I didn’t know about! I’m gonna go check it out!”.

What do you think?

I’d love something like this. To be honest, the atlas feels sort of unique in how it shows us the maps of the worlds, but it certainly could go a lot further in terms of how interactive it is.

I’d just like the option to be able to rotate the atlas freely as well as add custom waypoints, places of interest etc

have it store a list of waypoints. So instead of just “one” tracking objective, you could list out all of the areas you’re interested in and visit them at your leisure instead of having to set a new waypoint each time.