Time for some more contests!

As you guys know, DKMall has been ridiculously large for quite some time. I’ve seen some really good use of vertical space in the mall and want to highlight it with three contests

First contest: basements
Rules: basement should be below a “street level” floor to count as a basement. You should sell at least a few things down there. Other than that, be creative and make something cool!

Second contest: Rooftops
Rules: rooftop should be above a “street level” floor to count as a rooftop. You should sell at least a few things up there. Other than that, be creative and make something cool! You can squeeze a rooftop shop into a single block height if you’re creative using glass panes and/or chiseling.

Third contest: Amusement/rides and other art
Rules: this counts as any attraction below your shop that isn’t a “shop area”. Slides, obstacle courses, ladders, vines, mazes, roleplay decorated areas, active workshops, cool art, builds on the ground below, all of these count.

General rules:
Your shop has to be an actual shop to participate, no dead shops
10x 100k prizes in each category (30 total) plus three first place prizes of 1 million each. 6 million coin up for grabs!
If you want to participate but don’t have stuff to sell, post here and maybe you can pair up with someone who has stuff to sell!

Contest ends some time in spring - looking forward to seeing some cool stuff!

10 Likes
Current contests in boundless thread
Mini contest: how many sovereigns will there be on XX date
DragonTamer October 8, 2020, 9:42am #2

If someone wants to build a shop I will furnish the wares, we have. Even thinking about a guild shop at dk but don’t have the time to build. Split the winnings 50 50 and 10% of the profits for 3 months.

This is a brilliant set of initiatives er contests, I am in awe of your engineering talent.

What is the max. plot size for the shops?

My guild and I are looking for a shopmall

and the contest makes it interesting for us to choose the DK Mall.

And can i join all contest only with one building?

Yes you guys can collaborate

And yes you can enter multiple contests with one build

Does it count if I already started?

Yup open to all!

Why has this post completely passed me by?? Haha

This came at a good time because I had been meaning to redesign my shop to make more room, add a basement so it’s less cramped, use better materials to increase prestige for more footfall, and improve the lighting…but I did most of that and now I’m not feeling creative at all!! Need to get past creative builder’s block so I can make something worthwhile…

Can you put the dates for the contest in the OP?

It’s there already my friend
Contest will end some time in December. Shooting for mid December but I may extend it to give people more time

Is there an end date for the tree contest?

Anything we need to do to show our basements and rooftop store?

Screenshots if you can; if not, just mention your shop address and name here!

Ask all the hard questions… possibly B57/59 ish. Does ish work? (I didn’t need the ish after all. It was on www.DKMall.shop) 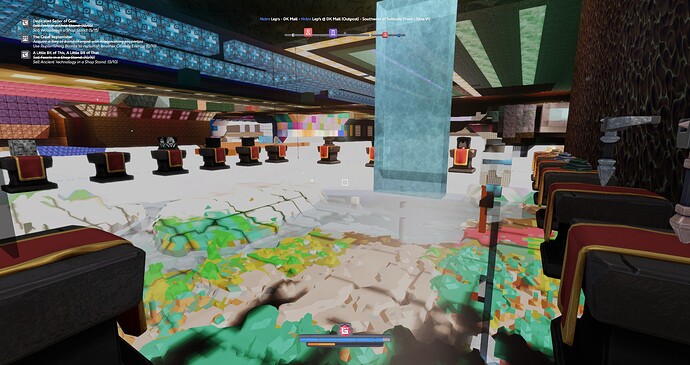 Is that all of the contests, including roof, basement, ride, & xmas tree?

OOP I saw it in the thread, all the contests run mid-late December, coool.