Exodus (Seginiakai) closing down in ~4 weeks

If colour rarity is still a thing, then most likely not.

If colour rarity IS a thing does this just mean you won’t have a base? Or quitting?

I feel the same man

As for other colours get in touch with a few people with Big goo farms and get them making the sprays you’ll need for the other colours.

Let me raise this question. Are the blocks @Stretchious wanting to use capable of being tinted by color sprays? If not, then whats the point of goo farming for them?

Not sure. Mainly white from what I see.

I really just wanted to see this get built.

Let me raise this question. Are the blocks @Stretchious wanting to use capable of being tinted by color sprays? If not, then whats the point of goo farming for them?

I think most of them are building type blocks like marble or brick. So those could be sprayed. How much would it cost or time would it take to make/spray 40,000 marble colored 222 - vivid mustard? Plus a few million white marble? He has 4 colors in his paths that do not exist in the public universe. Unless you want to use black grey or blue, you tend to be pretty much screwdrivered.

However I do know there is a gleam color (not black) that he likes and might have wanted to use, but gleam is not sprayable.

I really just wanted to see this get built.

Well give it a few years and if he is still interested, the colors he needs may or may not have spawned and it could be built. But I tend to agree with the sentiment, that there is not any point to spending the time waiting to maybe get one color on an exo when you have no idea if the other 4 colors you need are ever going to spawn at all.

Yeah. I would just build it with colours that are a close to what I want. In the grand scheme it wouldn’t make a difference. The build would look awesome in any colour. But I know what it’s like. As I’ve used only shadow red glass in my builds and I thought the 50 or so stacks of gleam I had would be enough. But I’ve gone through them all and through guild mates supplies as well. But it’s not going to stop me from creating.

perhaps they need to look into they whole goo -> spray system, make it easier or something

Yeah, they really should. They should make it so goo farmers can indeed make their farms sustainable, as well as capable of spraying every block that’s capable of holding one of the 255 different colors available in the game engine.

Why you will quit

Yeah. I would just build it with colours that are a close to what I want. In the grand scheme it wouldn’t make a difference.

I will disagree. That much building being in cold berry versus white will make a difference. It will look pink. If the game only had 50 colors then all of this is moot, but it has 255 but they do not want you to have them . . I will never understand that. To the game it will make no difference, but to a player with a vision it makes a big difference. Heck it is the main reason I have never done a truly large build. Everything I design seems to have something color wise that I cannot get. I currently have two beacons, one of which is attached to Exodus and will go away when it gets ashed. The other is pure storage without a workshop. I just do not see the point in building until I can build what I want. I experiment with colors and materials all the time in test, but 90% of it could never be built in live.

Yes .
I writ it 2 times, when we pay for a rental planet, then must bei allowed of all colors

The white would be obtainable. We’ve had it a bunch of times.
Cold berry does have a pinkish hue. I would personally think a light tan colour would look good. As all white could be a little much. But the glow you could get off it at night with gleam would be sweet. So either way. If we get an exo with white rock I will go myself and gather rock to keep this alive… I don’t even gather for myself.

If it was me I’d change it all to a grey scale. Black, dark grey, oxide grey, ashen grey and cool grey. Then pick 1 colour gleam you like. And bingo bango Instant conversion to evil kingdom with all mats available.

If it was as simple as someone farming mats for him, he would have given me a list. He wants to accomplish it mainly by himself, which isn’t a problem if he didn’t have a vision of exactly what he wanted. He’s already settled for close enough for 5 years on every other build he has made.

Unfortunately, the main reactions most of us have gotten are “go play creative” or “settle again”. Its not suprising he’s losing the will to play. If he wanted the materials to be handed to him, he wouldn’t be worrying about anything and just rent a creative planet. Its why I shake my head when people keep refering to us as entitled for wanting what should be available if the game wasn’t hemeraging players as fast as they appear.

Ashes to ashes,
Dust to dust,
The exodus is gone…
More plots for us 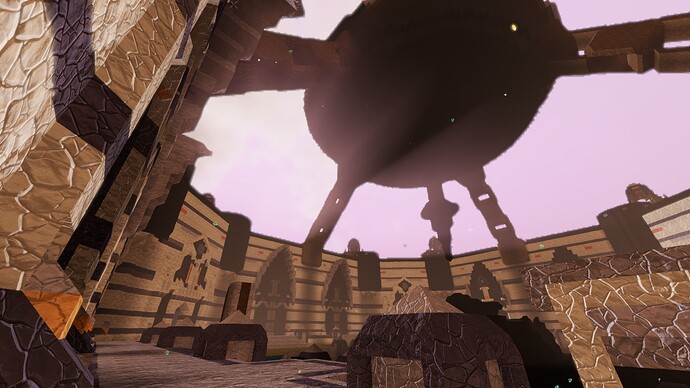 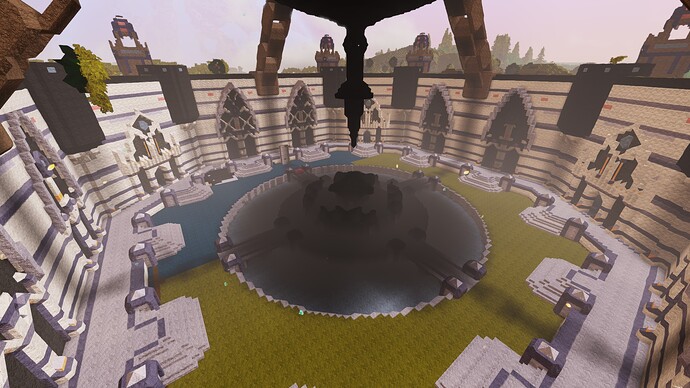 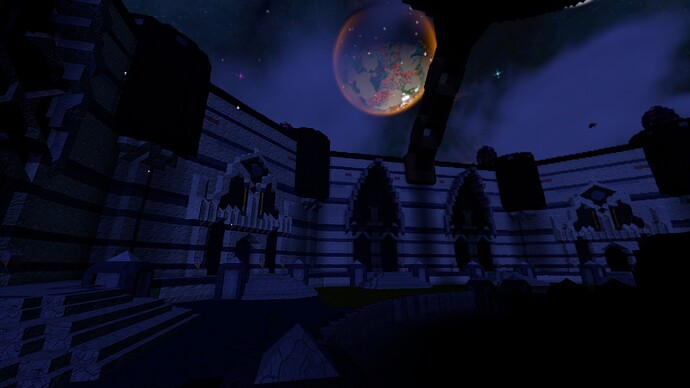 As people already know, I took a chance on white becoming available some time in the future and got myself a sovereign world so I can continue to feed my building addiction. Eden IV is locked away currently, but I’ll open it up a bit later once I have a bit more work done on Aurum for people to come look at.

All those builds will be lost in time, like tears in rain.

It’s too bad she won’t live, but then again, who does?