How would you suggest it being fixed without devaluing it?

Make it like the other machines a CRAFTING machine , cause now it is like a wheel of fortune.
Spin the wheel and see what you got, but did not want.
Forging tools i can kinda do but the bows irritate me so much, there are so many options you can get from the same gum plus al the random ****.

Making it so anything can be crafted by anyone devalues it. There are a select few people that will forge and make a profit from it and using bows for an example if they are priced at 8000 coins now the price would drop tremendously and I for one would not have a need to go to a shop to buy forged tools and support those who do it.

I know that forging sucks, but I can’t say ANY of the crafting in game is fun. I also think they would have to completely redo the entire forging mechanic in order to remove the RNG.

I have learned a few tricks in order to get the stats you want … and its not that hard to do it, but it does wind up costing a bit more than you can ever sell the tool for.

You can stack vigor and stability and you can switch boons and remove quirks and defects etc etc. In the end there are ways to battle the RNG but I agree that too is a pain, but doable.

I can’t say ANY of the crafting in game is fun.

I enjoy all of the rest of the crafting in this game. Even Minecraft’s stupid enchantment table is better than this, since at least there you can use books to get what you want.

Making it so anything can be crafted by anyone devalues it.

Okay, so let’s talk about this. What about it would be devalued? Do you mean because the material cost would be cheaper? Let me pay 20 times more for a 100% weight gum, or something like that. Keep the material cost in the center of the RNG’s normal curve, but drop the RNG down to something that doesn’t feel like ■■■■.

That’s because, for most people, the experience sucks and is not fun. I’m fine with there being features people disagree on, but when there’s something like 2% of players that actually use a mechanic that is critical to the entire economy, that is, in my not particularly humble opinion, really ■■■■■■■ stupid.

If the reason that the mechanic is valuable is because only gambling addicts and masochists are interested in it, I don’t see any reason to preserve it as it is.

If the mechanic just took skill, and not mostly brute forcing vaguely controlled RNG, I would be defending it for sure - even if I hated it - but I just don’t see anything valuable in the system as it is.

You guys need to chill out about forging haha! It is what it is. I find it fun, profitable and relaxing. If you don’t like forging, don’t do it. Instead, find a way to make coin and buy from the forgers who enjoy it

Or, buy from those who also don’t enjoy it. Just look after your little selves. I wouldn’t want that purple bench hurting your feelings

Also, that was tongue-in-cheek, for those easily offended

I find it fun, profitable and relaxing.

Help! Can you teach this skill?!

I enjoy all of the rest of the crafting in this game.

I am not saying it is not enjoyable… as I get a certain amount of joy seeing a million in concrete or a lot of rare red concrete. That is enjoyable … but I mean I throw some shred, water and sand in and press a button… little hard to find the fun in that, but it is satisfying seeing what I made put to use in someone’s build.

Okay, so let’s talk about this. What about it would be devalued?

This is a bit of a long one… so if you decrease the cost to make something it decreases the cost it sells for then floods the market with tools. The cost of a hammer which I pay roughly 5k-10k for at times will now suddenly be worth very little and become something that just doesn’t sell well. I know I’d stop buying them and just make them myself.

On top of the item itself being devalued, everything the hammer can mine also becomes more common in the economy thus making more and more things devalued. I by no means feel the overall forging is fair, but you can look at other games where specific recipes may be rare and the item that comes from that recipe is very sought after. If everyone could make that item then the value of that item and the person that makes that items drops drastically.

That’s because, for most people, the experience sucks and is not fun.

It’s not fun for everyone… I rather enjoy the experience … in a sick demented way. Maybe I’ll focus more on forging some and making some videos I mean it isn’t all the difficult to produce a decent hammer. Sure it might have a quirk or a defect that doesn’t really hurt it much… but getting a perfect T7 hammer with Max Speed, Max Damage and Max AOE isn’t necessarily “critical”. Hell you can get away with a T5 and a strength brew most times. The mats are however expensive.

I cant say I like it … but I think it is meant to be more of an end game crafting mechanic, as flawed as it is. 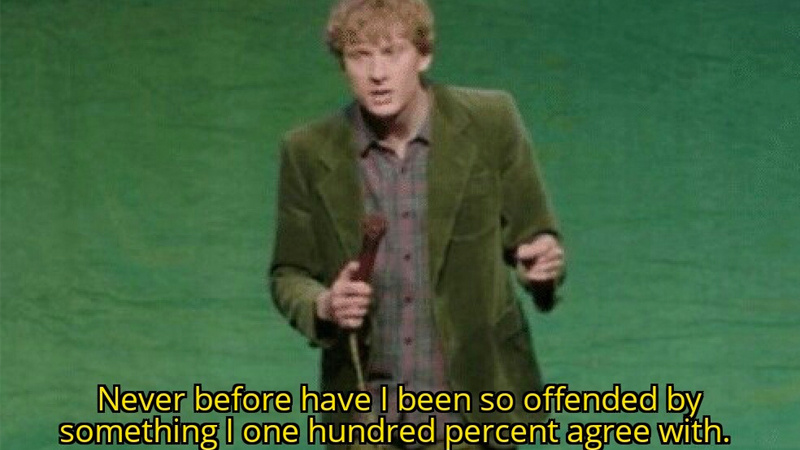 Quick idea I had to change things a bit. For the Centraforge, instead of having power as it is, you could craft Boon coils. these are hard items to craft, but once you have one on your machine you can create that boon each time… Perhaps the same for other ingredients, and you build your Centraforge deck with a set of coils. People share their coil setups to produce certain tools.

You could have the starting coils easy to craft (regeneration, looting) then harder ones hidden behind needing some lucients to craft the coils.

Forging needs to be redone. A quick fix for now (at least for me) would be Increase Deconstruction Resin 3 to 100% With this you would at least not throw away all your hard earned mats while battling the RNG

Another suggestion, inspired by https://www.twitch.tv/fortunist1 .

The centraforge has a list of each boon that you can select from, each has its own ingredients to create, with more to get to higher boon levels. You select the boons you want to add, and at what level, and the game gives you an objective to collect all the ingredients needed. Then you go back to the centraforge and craft the exact item you want.

To add a small amount of RNG and and also some progression you could have to roll for each boon level (using the ingredients you have collected for each level) and the machine also rolls over adding quirk or defect points. This could be controlled by the base machine adding between 100-200 of each, with coils lowering the amount added to 0-10/0-100 etc, each roll. 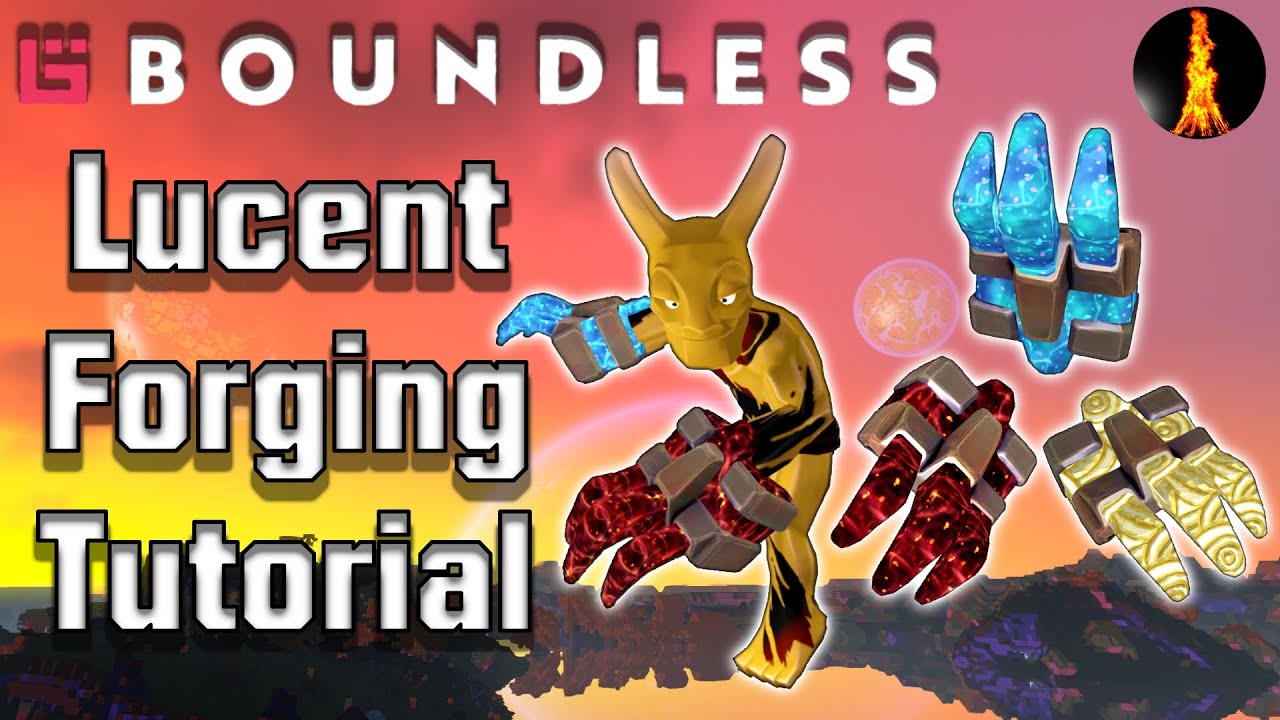 Pretty much how I craft most anything. I seldom waste mats, but as @Grimdian stated, they could make decon 4 and have it return 100%.

This video guide @Jiivita created may not be the best way to craft, but it has proven to be the most consistent for higher tiered tools, at least for me. I use this and while there is a bit of RNG especially rolling the first boon as you really want to roll the hardest boon first then once that one is rolled the other two aren’t near as difficult. You could also use a boon transmute one or twice without much consequence. Pretty much key though to stack more vigour and stability.

Sorry, but as any forger that sells tools will likely tell you, this is not a viable strategy for that. You’ll want to employ a strategy like this one: https://youtu.be/SbffiYJ_6-s to craft 9 tools at a time.

It’s not a good solution (but I’d argue it’s better than no change), but what if they just removed vigour and stability?

People with skill and knowledge can do it far cheaper (and so retaining their place in the game and scope for a market for forged tools), and people who aren’t as good can still put in the extra resources to get the same results if they can’t find a vendor selling what they’re after, or if they’re just those weird loners who refuse to/don’t know about buying tools and enjoy doing it all themselves?

Sorry, but as any forger that sells tools will likely tell you, this is not a viable strategy for that. You’ll want to employ a strategy like this one: https://youtu.be/SbffiYJ_6-s to craft 9 tools at a time.

Agreed this is much more viable to make 9 at a time and I tend to use a method similar for that. I don’t mass create tools at most I just do 3 at a time, but I also don’t sell them so I can understand.

I wish the devs would be present enough and open enough to let us rebalance this. I believe that just (liberally) tweaking the numbers on the existing system, we could get something much more fun. We would just need access to the code for the system, or just a spreadsheet of the numbers if they want to do the code work.

I think making forging easier may have the negative effect…
It’ll drop prices, if it drops then there is less profit then there is even less forgers willing to sell it.

I think having the prices go up will attract more forgers… assuming enough like and are able to begin with.

I only stock as rng and capital allows.