Poll: Did your suggestion make it into the game?

I am just curious to what extent, player suggestions made it in the game!

I’m the one who had the idea to make exoworlds appear in the sky like comets from planets you couldn’t warp to them from - so that we’d know when one is there, but not exactly where it was. They implemented it exactly like I envisioned it.

Ive never made a suggestion… at least yet

I can’t vote for all three options

Go for the positivity

multiple here pretty happy about it

I am happy with the results so far! Awesome!

Most of my “suggestions” are typically feedback about upcoming changes to the game.
So far none of my suggestions have been implemented, even the one I went out of the way to DM two devs about.

All of my suggetions are about blocks that have never been implemented or talked about beyond idea threads.they are also mostly posted within the last 1 year

I suggested the feature to have the button “go back home” when you die.

CRAZY IDEA : "Do you want to respawn here?" / Deathgate Suggestions

Don’t get me started on that. A few days ago, while killing mobs on the surface, I died and the Sanctum warp sent me in a very small cave which happened to be sealed (no big tunnel to get out), and with an elite hopper a few meters away from me, and I had no hammer or light in my tool-wheel, so I was grossly unprepared for that encounter… Let’s just say it did not go well. Sometimes, the warp opened on the edge of a cliff so that when I got through the warp, I instantly fell and died. Then, t…

[COMPETITION] Get Your Body Paint Featured in Boundless! Devlog

My Suggestion was a bug in the game which was already taken out of game (Q.Q)

As the title says, I wanted to suggest either turning the basic Plinth into a ‘display case’ that works just like the Shop block, but without the option of being able to buy the displayed item. Small thing, since I’ve seen people just put up a “99,999,999c” item to have it displayed, but I know there’s definitely people who want them for their builds - Especially for things such as an Atlas.

I’ve been wanting to know just how many blocks I’ve placed within my current settlement, and which kinds of blocks. Mostly out of general curiosity, but I’m pretty sure I’m far from the only one who’d love to find out just which blocks they currently have within their beacon, since some numbers could most likely be quite impressive.

I’ve made several suggestions that were implemented in the game. I doubt very much I was the only one making the same suggestion, and I do not for a minute make any claim that the devs listened to me in any way. For example, I asked to be able to have signs containing arbitrary text, but there is no way I was the first or only one with that want.

In the early days there was a feedback process in which the devs would directly solicit suggestions and feedback on features. It was a fairly small and close-knit community and evaluating and accommodating individual feedback was still tractable. They would do online multiple-choice surveys and post the results. I do remember things like the community being overwhelmingly in favour of no PvP, multiple customizable races and clothing (even if they cost extra), and no pay-to-win.

Well, we still have portals and no spaceships to traverse between planets, so no.

Will buildable boats ever be added? It will make ports a workable thing

You can always build a static boat, and make the boat noises yourself as you imagine your way across the water 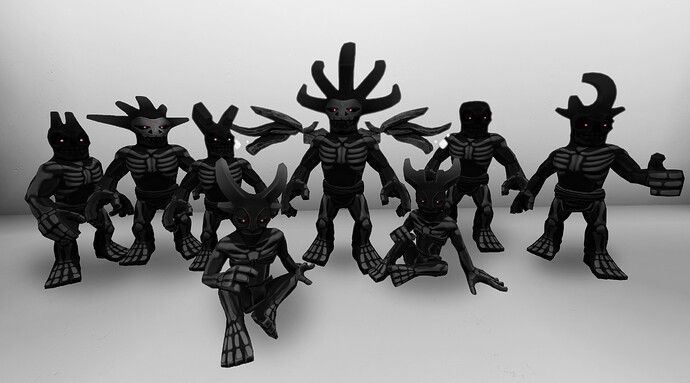 How about Exo Cities? basically just giant cities in orbit