Poll: When do YOU think the rental worlds update will be released?

Before kicking things off, a big congratulations to the pessimists in this previous thread! (pats self on back)

As there was a note about doing things as a sensible country would do it on the last poll I have changed the date format to erase any possible confusion!

May the odds be ever in all of our favors!

Limited to a certain number of options. So that’s why I didn’t include all of September.

I voted Thursday - maybe on the same day as the Boundless birthday?

35th Octember is my guess e.g. not any time in the foreseeable future

Those are much less ambiguous dates, although you do appear to be missing the year (is joke).

I’d really like it to be on the 11th, and if it was any other weekday but Friday, I’d pick that for sure. But putting code live on a Friday is always a risk unless you want to be in work and monitoring things on the Saturday, so I’m a little less sure.

My real guess is that James will update the placeholder post on the 11th and the release will be either the following week or the week after. Because I agree that releasing on a Friday is no good and I think the details from the post might bring up some edge cases they didn’t consider and will make things get held back.

I really hope not, but you could be right.

I voted for fun - not serious about the picked date at all.

I will wake up one day and see it’s there.

I voted for Anniversary Update this Friday.
But I think we will see the first new Planets arriving somewhere begin next week

I’m going to be honest, if the release doesn’t come by end of next week, I’m done with the game. I’ve invested too much time and I’ve spent too much money on the game already to invest any more in it without more content.

I think the release will be out this week but I’ve invested way too much time and money in this game to be let down any further. There are too many other sandbox games like this out there that are too good to sit around and wait on Boundless to push out content.

Again, I think it’ll be this week most likely but I have to draw a line somewhere for my own mental stability.

I had that hope too, three months ago, sigh

I will always enjoy your humor

Current voting shows the pessimist answer is the most popular. 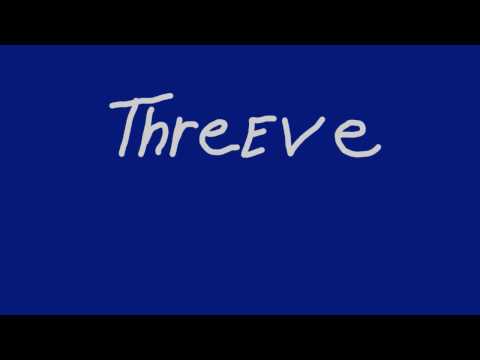 The 11th(Friday) is boundless Birthday

I voted for Tuesday (today)

Ppl think it won’t be out till October? Later than Sep 26?

At this point it is getting to where I am just about over the concept especially after the Hype from James place holder post and the lack of details all around. I run a game development business and can’t just take time off at my leisure. So being able to plan would be nice.

I feel like the created the hype of the placeholder post just to keep everyone interested not only that, but it has caused even more players to go on an indeffinate pause. How do I know? Because things that normally sell in my shop in a day or two are either taking a week or more to sell or they don’t sell at all. It has been this way for a month. To this point I also have not been coming across many players in the universe.

Then the post that was made saying they were super close. Ok super close means in a few days not weeks.

Now I would never tell these guys how to run their company however other games have flopped because of these same things. Ie holding stuff way to close to the vest, as well as building false hype to try to keep players staying around. While not setting deadlines publicly for major releases. I have found with other games that do this too updates take longer to be released and I personally know from experience is because this way the deadline date is never set in stone and keeps getting pushed back.

I see everyone would be a lot more willing to be patient if there was more transparency.

Point is leaving us completely in the dark and creating ambiguous expectations is bad for the game in it’s current state and even worse for the future of the game. It will cause people to not play, new players to stop playing because everyone is on a pause and contribute to negative reviews on steam and playstation, which will ultimately effect the games player base growth in the long run.

I love this game but I am beginning to find myself getting irritated and not even wanting to get on. If we had a date it would be fine but without that and all this hype it is making it very hard to stay interested let alone wanting to spend any time in game, because why build more when you know you are getting a sovereign. This may not be an issue for those who have no interest in them or are on the fence about getting them. But, me and my guild are waiting for Sovereigns as many of us plan to move to our guild planet.

Even worse people have been packing up their builds, shops and shutting down portals in preparation for the release. This makes the game even more sparse and hard to keep crafting more advanced stuff to even work towards crafting stuff for our Sovereigns. No one has anything to focus on so everyone mines and that makes resoutces more scarce then they already were or people hunt which I have seen a lot of people getting burnt out on the hunts.

I love this game, I am not going anywhere and still I think the devs at Wonderstruck are doing a great job! But, this is insane. It is driving the community nuts and causing in game issues with lack of online players due to the aforementioned reasons.