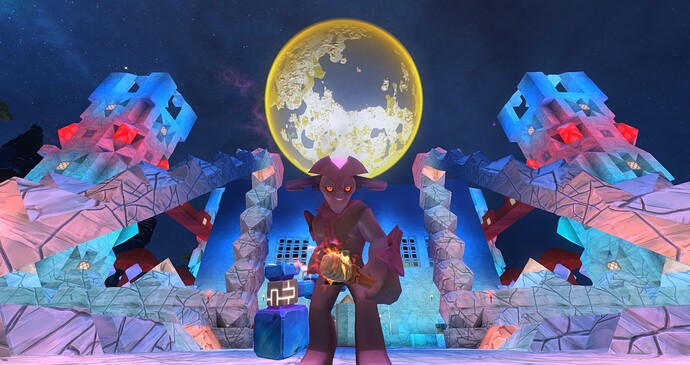 In the following days and weeks, with the feedback from the community, we plan to continue working on the update to:

The Lance is still in development but has been paused whilst preparing the Testing 161.

Code
There has been lots of preparation and bug fixing for the Testing release this week. And if you try that version you’ll see the new “Universe” screen (press ‘u’), Character and Progression screen (press ‘k’) and Objectives screen (on ‘j’). Also available is the new Campfire as a stepping stone to full Beacon usage.

There have been lots of additions to Achievements and the Tutorial - making good use of the Progression system.

Crafting Machine and Skills GUI improvements continue to be made, with the systems developed there allowing us to more quickly update the many other screens that need improving: Furnace, Storage, Warps and Portals, Setting, Account and Character creation.

Also one of our key programmers made a slight change of working location - from Guildford to Tokyo!

Design
@luke-turbulenz has been refining the design for chat in the game, working out how you can speak to specific people, and how it will work when there are guilds. That also includes muting and filtering player chat. He’s also been continuing the ongoing work on getting the objectives integrated, tested and tweaked. At the end of the week he’s started looking at how reviving characters might work.

Rob has worked up how status effects will be represented, including stacking and the “level” of the effect. He’s also been producing assets for the skill tree implementation for Marc, as well as working out how unlearning will work from a UI and UX point of view. In addition he’s done some tweaks to the crafting screens, looked at the UI for muting in chat, and started on the Forge UI.

@olliepurkiss has working on boring, but important work around categorising all the items in the game for the Objectives and Skill systems. He’s also done lots of support work for Marc and Andy on progression and Objectives.

Art
This week has all been about props and creature integration.

@Minyi has been busy working on concepts for non elemental tool VFX.

Going off the previous exploration on the elemental VFX, we’ve started to explore on what an exotic wood, stone, metal and alloy tool may look like. Fancy! (Why would you want a healing axe we just don’t know) [image] [image] *Just going to add the updated version of the original elemental VFX exploration here too. [image]

She’s also continued working on decorative props focusing on a kit of parts. 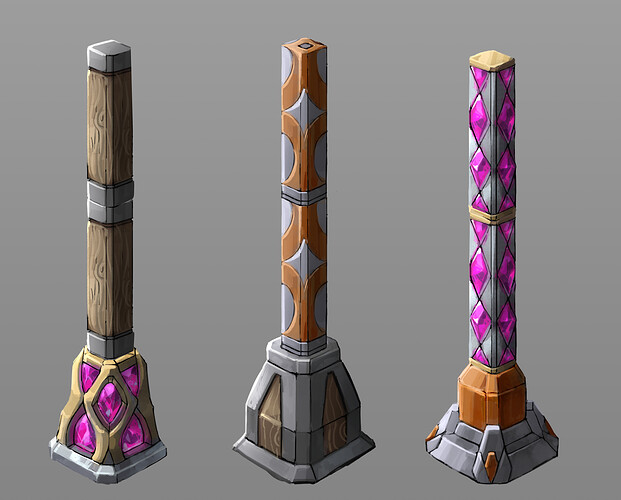 @jesshyland has been busy tinting all creature tiers whilst also looking at making the creatures visible in caves. We’re very happy with the results.

A cornucopia of spitters : 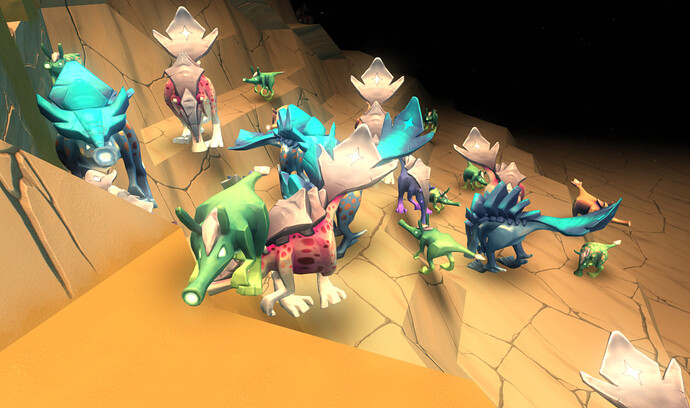 We now have ethereal cuttletrunk tentacles and other emissive goodies. The aim is to make sure that the aggressive creatures can be seen in darkness, either underground or during the night. Here’s a sneak peek: 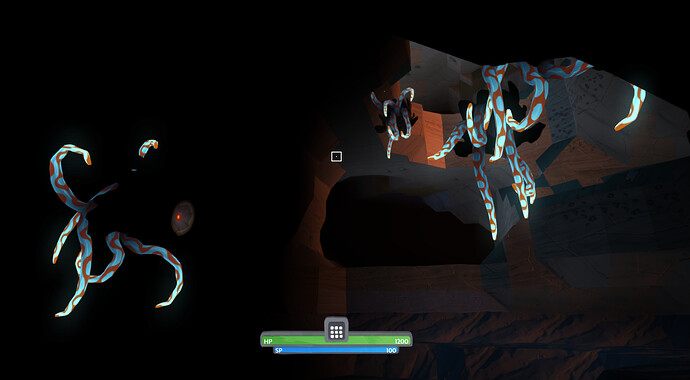 Gerry is continuing with a polish pass on the 1st person tools and items.
We’ve also continued production on our library of earth inspired prefabs. More to be revealed soon.

The reskinned GUI may seem like less important compared to the other. But I’ve been loving all the changes to the UI lately.

That picture of the spitters is pretty much my nightmare

I get more and more excited for 1.0 when I see all of these kit-based props being developed! I would love to build a new city using them all!

Creatures underground is gonna give me a heart attack. Can’t wait to be jump scarred by a cuttletrunk or three, lol

Aye! Looking forward to some creature company whilst I’m deep underground harvesting all them goodies! =D