Inspired by last year’s competition that @DKPuncherello ran, we’ve decided to run another, but on our creative planet!

Come on over and create a two dimensional masterpiece! Doesn’t matter if you’re a great artist or not - come along and have some fun! It’s on Helgen, our creative planet - you can fly, you take no damage, and you have access to unlimited resources!!

You can reach the planet from the Brown Town hub: 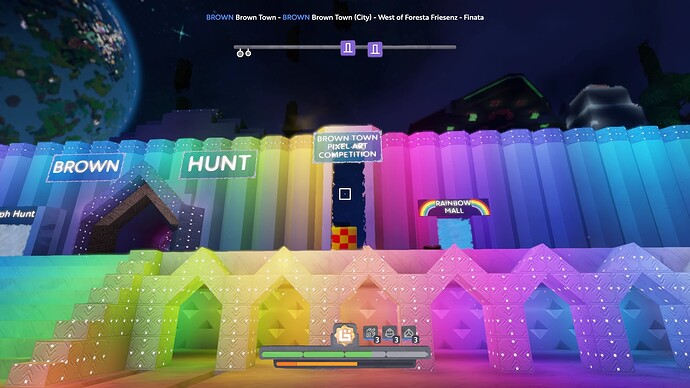 I’ve built a long, wide road to build at either side of, and I will place a 2x3 portal directly outside your build when you’re done, leading to the little hub there. All I ask is that you respect other players - so be aware of anyone else who’s plotted beside you, and don’t build anything that goes against Boundless CoC 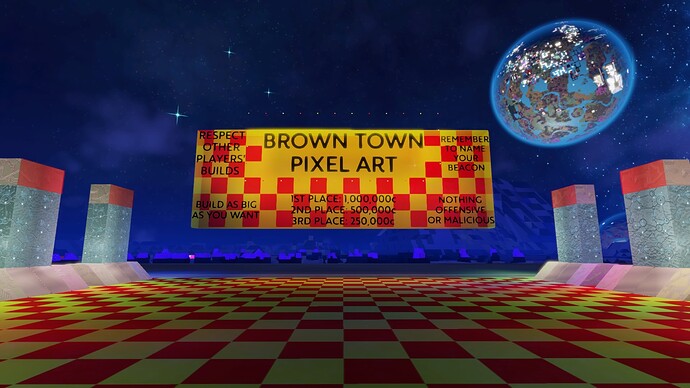 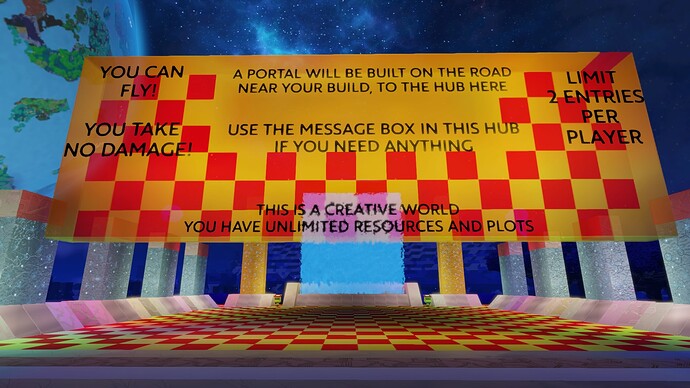 Event will end on July 13th (which is when last year’s event ended, also the 1 year anniversary of Brown Town Hunts)

Have I missed anything? Most likely.

If 2D art is too challenging/not challenging enough/ for you, or you just want to build even more, TNT are doing creative event too. Go and join our awesome friends over there and build a 3D statue:

'Tis the season for building contests, and TNT has been wanting to do this one ever since our beloved Sheila was built: a creative statue building contest on Janus II. There are a couple other building contests out there (e.g. Twisted Dragon (see here), Brown Town (see here) - our suggestion: do them all, triple the chances of winning! Rules: Build a statue. Location: Janus II - currently you can reach Janus II from: TNT Megahub, Ultima, HSE, GTG Sov. Hub and Devil’s Underworld. We hope to …

You mean, like a line? Haha! If it looks artistic, go for it hahaha!

Though, you’re right, I should have stipulated minimum sizes, before all you trolls come over and build a 1x1 pixel pixel-art. I’m talking to you, @Kokuma

I’m not gonna state a minimum size, and just assume everyone’s gonna play nice and sensibly. @Bethlehem can kick any builds that are in the way/against CoC/single pixels haha!

I just want people to come and have some fun!

Forest contest is back! 1 year anniversary! It’s also the two year anniversary of DK Mall this month! Contest is on circa at Naughty Hunt Lodge, portals available at DK Mall and DK Tree and TNT and everywhere else. Feel free to get started building any time! Just pick a blank spot Looking for sponsors! I’ll put in 500k myself (I have a bunch of events planned for October or I’d do more) Hopefully I’ll get a bunch of co sponsors! Also, if you “get” someone to build a tree, you get a 5k bount…

It’s back! Forest / tree contest 1 year anniversary at Naughty Hunt Lodge - 2.5 mil in prizes (so far) - all participants get 50k 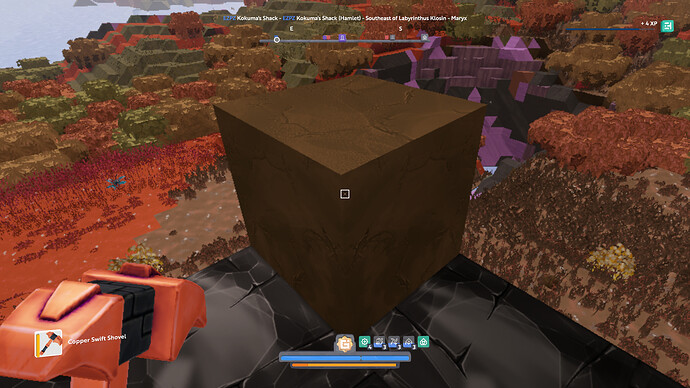 I’m done. Named it ‘potential’.
This single block of dirt is a tree. It holds a tree seed with unlimited potential, which it can grow to be anything .

Unlike all the other contestants in this contest that has it’s purpose set for them, I gave this tree potential.

I mean, you should’ve expected my pixel pixel-art question when I’ve done this before

HA! Totally forgot about that!!

You better behave yourself or i’ll smack your butt

Is there a theme? Or can it be anything?

2-dimensionalized brown refined gleam towers all the way across the sky, got it.

Say whhhhhaaaaaa we can use blocks as pixels.

@ Brown Town awesome! i wish i had the creativity to do something like this
such a awesome community that makes the gameplay an awesome experience

@Dubbanz is good at this check his shop at the future!

just kidding bro i love you

Are the criteria for “best” just whatever you and Beth like the most?

I have a few judges, that are not affiliated with Brown Town. I’ll announce them at some point

Stevie and I won’t be judging. We will be coaxing some reputable, unaffiliated judges.

Is it just strictly pixel art or like dks contest can we do decoration in front of the artwork aswell ?