Welcome to a Creature Devlog Special!

We’re excited to share the headway we’ve made in the art team towards the look of our first batch of Boundless creatures that are currently in development.

Over the next two weeks, I’ll be guiding you all through a series of posts (8 in total running through Monday to Thursday) describing how the gameplay elements, creature animations/behaviours and art style all culminates together to create our ultimate vision for the creatures at home in the Boundless universe.

Over the next few days I will go over each section in more specific detail spread throughout the 8 posts… so stay tuned! 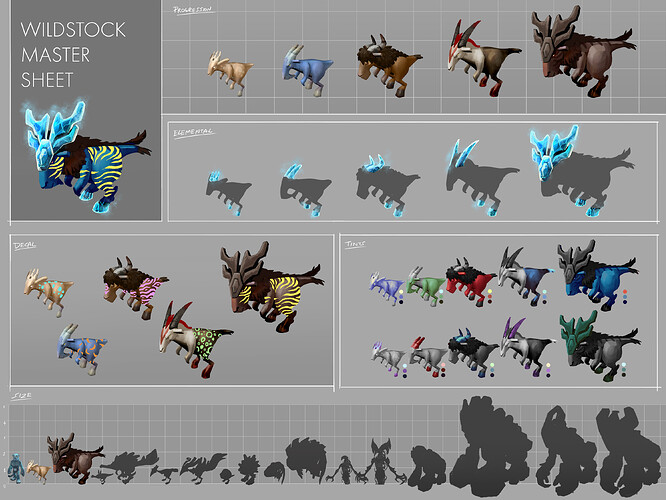 The Wildstock is a peaceful herding creature, reacting aggressively with headbuts. The Wildstock is the most common creature, populating almost every world. They are frequently found in large groups. Generally passive and ambient, but some variants attack. When in an idle state they wander and play idle animations. Many will never become agitated, but those that do attack by charging enemies and butting them with their head.

So the first thing you’ll notice, is that the creature concept master sheet is broken down into five sections of visual treatment:

Each of these sections will expanded upon in this series of posts with much more specific detail to come and I may add additional information to this post when we broach certain topics.

Every creature in Boundless will need to have each section conceptualised in terms of artistic treatment to work with our creature designs. We’re hoping that breaking it down will give us a really strong visual common language and add richness to the visual style by closely tying in the blocks in which they inhabit as well as their personality in animation, gameplay and ai.

Tomorrow, I will describe more of the Wildstock in contrast to our Spitter which is a ‘Ranged Creature’ and has ‘Classic Progression’ to have an active visual comparison.

Does the elementa type and decal type also mean different drops?
Would be nice to make it necessary for i.e. hunters to visit different world area to farm different items

These look fantastic! I’m glad there’s this much variation within a given creature type; going to make the game much more interesting

Could we get herds with the ‘alpha’ having decals? It would be cool to have that kind of visual/gameplay feature.

Still not wild about the horns but I suppose I can live with them.

Things like: craft different elemental stones using the horns, different effects for crafting armor using the hides, etc. Not sure how much of that can be implemented but you guys should definitely think about it if you aren’t already 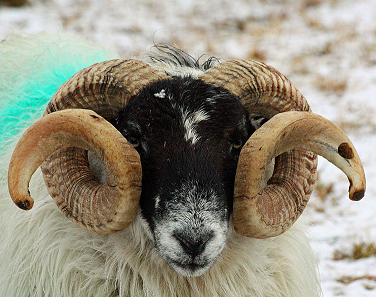 The first two and P4 have a high recognition value (all have straight horns and no or few fur) but P3 looks alien within the family because it has curved horns and a lot of fur. P5 is “Ok” but not perfect IMO.

Excellent! There’s a massive amount of variation that can be achieved with this system, with the added ability to add even more variation in the future just by adding more colour combinations and decals! Awesome idea!

I’m wondering if herds will generally be of the same colour/decal scheme to show that they belong to a particular herd.

Oh and I love this one wearing pants! 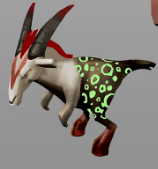 This is to highlight the area that will be used as a decal. I am not totally sure you’ll see dark brown wildstock with lime green trimmings.

Morning Smoothy and all!

I should add that the decals and tinting are greatly exaggerated in the concept so that the area is visibly clear to where the treatment needs to be for the modelling phase. In particular, where the materials are split so that they can be treated differently. The final model will have colours that blend with the textures on the mesh and will work also with the game environment and world lighting.

This bit is best left for in-game testing later in development to get the most accurate representation of the final textured asset. We need to see what ‘feels’ right and adjust accordingly. We’d love to have a go at modelling the hero Wildstock (just under the title on the master sheet) in the next few weeks to test this system out fully in and around working on the Hopper behaviours.

The goat has finally evolved praise the gods