If you run through the hub quick enough you will be fine! Make it a risky vs reward kinda thing

the only outlier is Therka

Here’s the layout that we’re now using for the portal seekers gateway system: 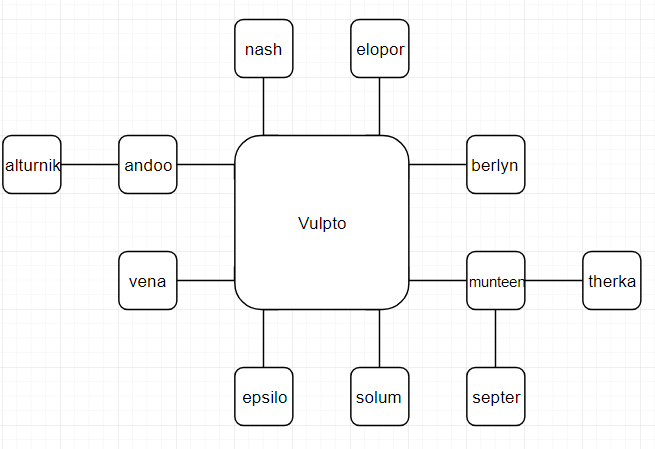 Some high quality map(s) are incoming soon that will show information shown on previous maps, as well as blinksec distances and portal seekers connections.

Hey this is/was incorrect. Therka to Munteen takes a minimum of 15 for example. Alturnik to Nasharil takes 9 Unless it was very recently changed. (My portal from therka to munteen is a week or two old) my nash one is about a week.

It also sucks that two european worlds are both now the distant parts of the galaxy. Doesn’t seem a very good split for us on portal distances.

Yes the size/number of conduits doesn’t match the blinksec chart above.
It took 9 not 6 from alturnik to nash, I set that up last week. I know because i had to go back and redo it.

The therka to munteen one is older, that uses 15 for example. I could have that wrong as that is the first one I setup and it could now be dated information anyway.

I’ll do some testing now, it could have changed this week, and i’ll report back.

too bad the atmosphere will burn the flesh from your bones after future updates.

if you run through the hub quick enough you will be fine! Make it a risky vs reward kinda thing

I’m still hoping they will be implementing something like this:

We have some ideas on the todo list about allowing Settlements to offer buffs to players. This would allow you to provide atmospheric protection to visitors automatically.

Imagine a group of pioneers with protection skills and brews establishing an outpost and once it grows big enough, it can project a protective shield for its citizens. Maybe that needs some kind of additional fuel.

the Devs are making adjustments in prep for new worlds… most of the charts in the OP are out-of-date now, im sorry. the Portal Seekers seem to be on top of this ^^

Edit;
Normally i would be all over this… but, due to a recent loss in the family, I’m taking a bit of time off to recover.

Yeah it looks like they are both now 3, I must have been caught when worlds were being moved. Thanks for the update.

Sorry to hear that.

It was changed about a week and a half ago yes, hence the new table =D. For example this portal was opened on Thursday (3 days ago) 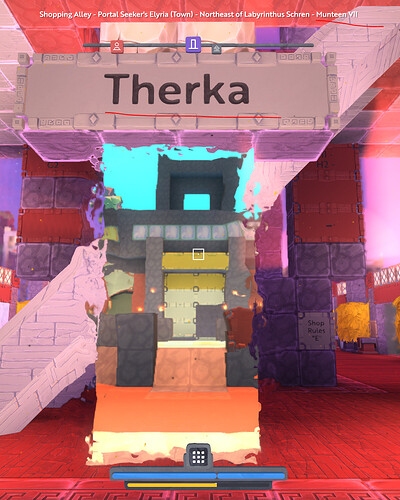 I myself have made two portals from Therka to munteen both over a week old and only 6 blocks O.o 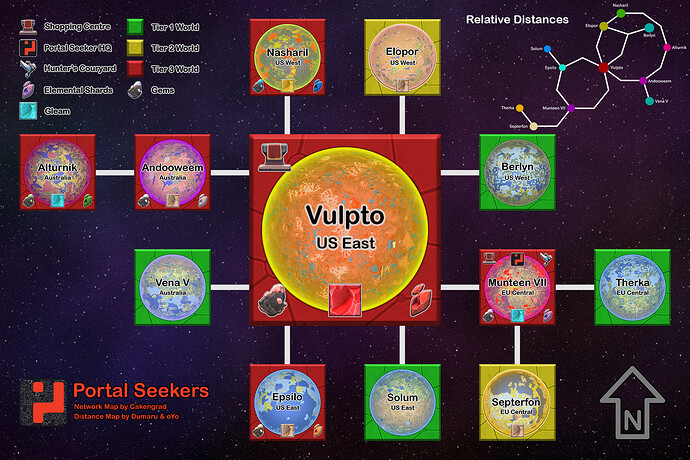 I feel like the size of Vulpto making the red gleam icon the biggest is somewhat of a tease.

I guess hopefully, this mean Therka, Septefon, and Alturnik are going to have 1 jump connections to the new planets? It’d certainly help make the latter two more popular.

Hopefully the new planets means an ACTUAL live environment WIPE. We need that so much to really balance the game and show where the problems are. It has been way too long since the previous wipe and so many people don’t get the real impressions on how the game is because they have high level characters, portals everywhere, etc.

I don’t think there will be a wipe, then another wipe at release.

I would expect them to add planets without a wipe this time around. But if we do not have a real wipe MANY months before 1.0 it would be a huge mistake. There is no other way to truly balance the game for 1.0 than to give everyone a fresh start and have many patches fixing the balance problems that exist right now.

I thought the idea was, to keep what was built as a museum of sorts. So there isn’t a wipe planned just a freeze as it were, and the planets put into stasis for the release.

I do agree it would be a good idea to plant several people on a standalone galaxy and have them test what its like starting from scratch. Maybe have a test for exactly that. Drop a load of people into the environment, that choose to go and see what happens. It would also be a good way to test private servers.

The trouble with any of these ideas is Xaldafax, unless there are new players in on this test, it would be impossible to get an idea of what release will be like. WIthout the portal system it will be very different for new players.