20k if you’re oortian. I was having a laugh thinking about this the other night.

I think the plotting situation is just becoming more and more complicated & convoluted.

Pretty soon we need points in an epic plotting skill. Only unlockable after completing the advanced plotting and merging tutorial objective. Completion of this objective will require getting permission to plot in the buffer zone of a beacon that hasn’t been visited by the beacon owner in at least 6 weeks.

If the default setting for this is “on” it’s going to wreck compact co-op builds like the malls we have and and it will impact things like roads and shared spaces such that a fueling slip causes not just loss of materials but a complete inability to rebuild for all sorts of builds.

If the default setting for this is “off” it’s going to result in a whole slew of new problems (from people turning it on) and also the same old problems continuing with the added anger and frustration of being told “you should have turned on protection”.

TBF even with @james asking for input on such a system I didn’t realize it would ever get past the theoretical phase.

Greatly improve sampling of ambient luminance used to modulate the skill-based light source from the player (turning it off in bright environments) so that it should never misreport lighting levels leading to the skill light not turning on when it should or turning off when it shouldn’t in various edge-case configurations of complex chiselled blocks and large gradients in lighting levels.

Can’t you just stop this? This has frustrated me since I was new and first got the glow epic. With the new lighting it’s infuriating and while tuning may help, it’s absolutely silly that ambient light needs to affect the luminance of a light source.

I do understand that you’re trying to simulate some form of relative lumosity (luminance? whatever …) with this but I honestly think the only time anyone notices it is when they’re impeded by it.

IDK to be honest the last few weeks have been pretty rough for me with IRL BS and each time i try to get back to playing boundless I find myself frustrated and unhappy.

We have a bunch of new graphics settings that seem to provide me with less control than the old ones and honestly change to some of this and specifically foliage/grass rendering has made the game literally unplayable for me in several cases.

Granted in gaming terms I’m playing on very low end hardware but a new gaming class desktop is not in my boundless budget for the foreseeable future.

I have possibly spent as much time starting and deleting frustrated forum posts as playing boundless since the farming update went live. I had just crafted thousands of silk mustard storage boxes to carry on my theme into the massive acreage of storage required to handle my throughput and while I’ve ripped approximately 1200 or something of them back out and crafted white ones to replace them I can’t bring myself to do the work right now.

So anyways I’m thinking about deleting this post too but I won’t. I’m sorry if it’s not clear I’m a little fuzzy headed and while my in-game frustrations with building and storage requirements has been growing it’s added to by other issues right now.

Still there has only been backwards progress on my building and frustration with the storage and processing requirements associated with what had been my ongoing turnover in the game for some weeks. Add to that the lighting and rendering issues making the game difficult to see and frustrating to try and play.

I’m trying to let go of the “I built all this” feeling and consider hiring some builders but to do that I still have to plan and design the spaces and produce the materials so even though I’m clumsy at it and it isn’t my favorite part of the game if i could get through that part I might as well place the blocks IMO.

Since my base is heavily decorated with grass and foliage which are causing me problems and themed in mid to dark colors which are causing me problems and lit with lights that won’t illuminate my stuff I’m tempted (for the first time since I built here) to just tear this all down and move. But since I can’t seem to come up with a design i like for my storage and processing requirements I’m afraid that will stop at the “tear this all down” stage.

If I had found the game in its current state I would have proceeded with a very modern sterile/industrial theme but with the time I have invested in this natural/rustic sort of theme I’m not sure what to do.

I’m sorry if this post doesn’t seem very focused or productive but it’s a bit of catharsis I guess and I’m not really sure if or how I plan to move forward in boundless right now. Maybe at 4000+ hours in ten months I’m just burnt out.

With an opt out I could simply break the exodus in half since I own a central point.

If they moved around me they should be able to reattach, but to allow them to connect through me negates my opt in button. Its the same as telling me I am still a part of them while just hiding the name to protect my feelings. Just makes the whole situation seem more petty than it already is at that point.

The best feature that will probably be overshadowed by plot buffer and prestige plants.

Best addition, is it even on the machines?! Can we bold this! haha

The protection should turn off every 3 days and you would have to fuel a protection machine to get the protectoin back, like you fuel a portal

Rather than another simple fuel, i vote reloading ammo in turrets, that keep shady looking oorts off my damn grass! 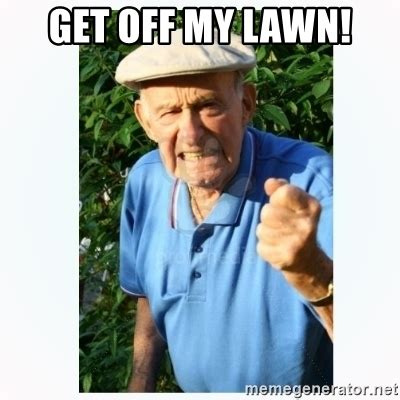 On a more serious note, i agree having the buffer turned off by default is a good idea. People who want to use it can if/when/where they need it, otherwise its business as usual.

I can see why you might want to try blanket stop all the plot arguements. But for every one disagreement you see there is probably 1000s of interactions between players working together happily that you dont hear about. I would be suprised if this is something the majority would need.

I don’t want this happening in game, I may have to move store and home, farm all to unplotted area, not near a city.

I can see several ways that griefers will be able to use this to take over cities/communities or tear them apart - especially towns that are owned/run/plotted by more than one person.

Yes, but did not see that in the patch notes

No, but it is also something that has been asked for and could fix some of the issues people are having with the new system.

No, but it is also something that has been asked for and could fix some of the issues people are having with the new system.

I know, my reply was also more of a hint to the devs

Also, it was explicitly mentioned to be not possible but I still would love it if we could plot, with permission, above another beacon…

I really liked the idea the other day (cant remember who to credit sorry) around setting a beacon as a “road” that can act like a buffer to seperate settlements. That would give us a lot more custom control, and let us build in these reserved spaces too to create roads between settlements etc. without merging them or causing plot not joined issues

Regen on reserved plots all through cities/malls will kill them quickly.

Transfering the whole beacon would still be a problem, we would have to be able to transfer individual plots. I might want to split off a part of a plot of mine to a friend or, as I do often, to the alt with the shop keeper epic for a small shop inside a build.

I know it’s been brought up before & I think it would be helpful, I don’t know if that’s possible to do though.

I hope they also keep in mind that there will always be nefarious players that will use things like this system to control/break/ruin the happy/peaceful things others have made. Who will this system favor? If most peaceful players would prefer not to use it or to leave it off…I think that gives you the answer.

I know nothing will make everyone happy. I’m glad they are continually trying to do something to make things better.

I think part of the problem is the current mechanic is already creating forced merge issues which seem to be an ongoing issue for the developers. So the bad actors are already creating issues. So this does at least offer a way for those problems to be reduced.

I would not disagree that this change does introduce challenges in switching plots between players in crowded locations where multiple players have beacons in direct contact with each other. We already deal with time zone issues and absent players in a number of situations. Maybe a more robust communication system needs to be prioritized to at least make it easier to try and work with other players when settlement changes need to be made.

All this being said, I still think based on some issues I am aware of that happened in the game that the protection zones are a good idea. They may need some tweaking, but could have prevented at least two players I know from leaving the game.

Disclaimer - based on current data which is obviously subject to change:

First thoughts I have is that it should be quite a bit higher.

the ornamental crops give 50,80 and 100 prestige, they only give prestige when mature though, when growing they do not contribute block prestige (they may change the prestige in other ways, such as through the colour/buildable space extra-prestige stuff unrelated to the blocks own prestige which is what you will be seeing here).

I’m fairly sure it’s possible, they even asked what we thought about it a year or so ago. Found it!

HELP! Give us your opinion on transferring and selling beacons! Devlog

We’re considering a system where Beacons can be easily transferred from one player to another, and in the future from a player into their guild. Naturally this could also be expanded to include selling your Beacon for Coin. We’re keen to allow players to be able to easily and safely sell their builds but it could create new dynamics within the Beacon system - namely:- Land Speculation - Plotting areas for no other reason other than to speculate on it being worth something in the future. Ext…

This barrier system may even help some of the extortion problems people were bringing up about expired beacons in the middle of town since most 4x4 areas will be safe from “outside” influences. I’m sure they see some of the worst aspects of our community on a regular basis and your concerns are extremely valid. Who knows, the next thing we may see is selling beacons.