This Testing release contains a full refactoring of the Smart (sic.) Stacking system. The original implementation has caused many client and server crashes, and GUI glitches. We concluded that instead of constantly patching the original system it required a full overhaul. This release contains the first release of this overhaul. Hopefully it’ll be much more stable and all Smart Stacks will work as expected throughout the entire GUI. 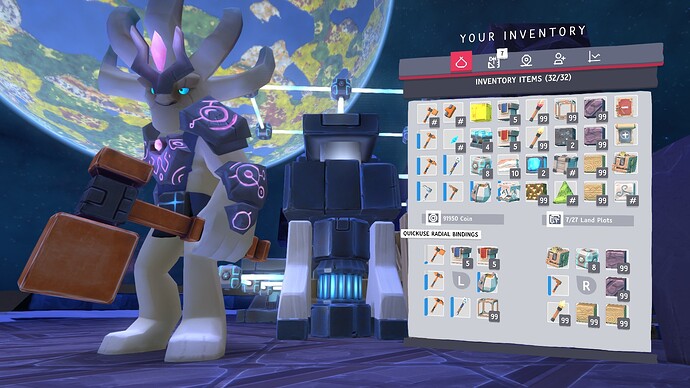 Amazing! Will give it a test.

Hope this won’t require a world wipe to update the live servers? I’m sure we’d all love you if you could migrate the old smart stacks to the new ones

The testing worlds that are online currently are separate from the live game. What you do in one has no impact on the other, and they are both online simultaneously.

The testing worlds that are online currently are separate from the live game. What you do in one has no impact on the other, and they are both online simultaneously.

but the live world has to be updated with these changes, they aren’t going to just try the code and throw it away

Our old smart stacks may not be straight forward to migrate to the new code.

I would imagine they would be migrated “as-is” and you needing to manually stack the previous different items back into a stack.

That is an assumption though, so don’t quote me on it