Players can now create Warps (and Portals once released) within a single world. Stuck in a hole? Then build a Warp back to your beacon. Want to go nowhere? Create a location, build a warp, walk forwards and appear back where you started.

We’ve also updated the networking libraries used in the client and server to their latest versions. Hopefully this, along with some additional tweaks to the server’s handling of connections will improve performance for players experience latency issues. The server will also kick players when their connection has become unstable. In the past the server allowed clients to continue playing but this resulted in a very poor experience. If you’re kicked please restart and try lowering your bandwidth limit in the game options. 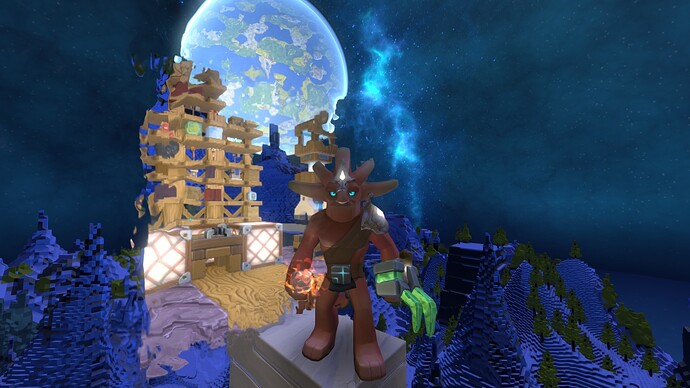 Warps + Portals:
Can now open warps to locations on the same world, these warps have a still temporary, but lower price of 300 compared to the usual cost of 500 coins.
Unbroken, activated warps will now convert after 1 minute to a dormant warp state instead of automatically opening, wherein they may be re-activated for free to the same destination.

So, does this mean that I could have a warp to a mining location from my house, but I’d only pay to activate it? Once activated, I could freely use it back and forth as much as I wanted without paying (unless I destroy the warp gate)?

Once activated, I could freely use it back and forth

Warps are one way, so you’ll need to create one to go from A to B, then another to go from B to A. Portal’s will allow you to go back and forth.

Wanna go nowhere? Create a location, build a warp, walk forwards and appear back where you started.

This makes me super hype for permanent portals if/when/however those are introduced.

Warps are one way, so you’ll need to create one to go from A to B, then another to go from B to A. Portal’s will allow you to go back and forth.

But then it’s free to use them as often as I want without paying more coins?

Edit: you just pipped me to the post there Luke!

Edit 2: I like the look of the updates in the pipe-line… The pickups and progress level in the left corner is a nice touch! 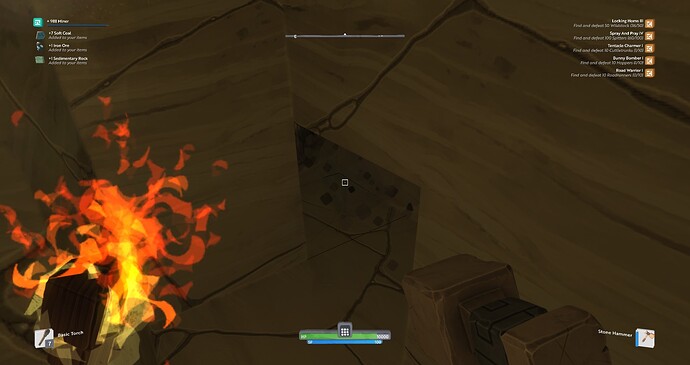 Want to go nowhere? Create a location, build a warp, walk forwards and appear back where you started.

You break the warp blocks to open the warp, if you ‘don’t’ break them (aka you never opened it) then it goes dormant waiting to be re-activated and broken and opened, but once opened it still disapears after a minute.

Oh got ya. Still, that’s not bad. So for 600 coins I’d have a round trip solution without having to keep paying (as long as I don’t break the portal blocks)

No. Every use of a warp is one time only.
Warps are temporary and only single use. Portals are the permanent fixture. In this case, they are talking about warps.

Yeah, please don’t push testing to live without either portals or more coins

this is just mean otherwise…

I agree with something @Wichall said on his other post. New grapple controls feel unnecessary. Was there an issue with how they were before or some other reasoning behind this change, @james?

How does one make a portal vs a warp conduit? I’m excited about the cost change and the reuse of portals. would be so nice to have a portal to the locations I want to go to on the local planet rather than having to run for 10-15 min.
Thanks!

I think the house/beacon icons in the compass are bugged?
Some don’t even show up when standing in front of them. Same for your own beacon, before it was always showing and now only when you’re very close. Really need my own beacon always showing on the compass because I get lost very easily

I don’t think portals are released yet. Just intra-world warps.

Yeah getting this too, new compass is much more buggy than before

Just the intra-world wraps. This version is now on Live