This week, we have started testing the following new features.

They are still first passes and we have only release the World Builder prefabs this week. More details on this week’s release update can be found here.

Although we have started testing the other features, we still have few more things to do before they are ready for public release. We are hoping to release these new features next week. 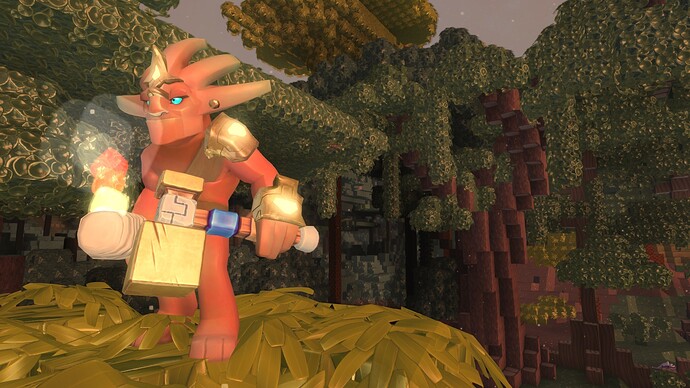 We have not forgotten about the new creatures. This week, we worked on running the animation on server to ensure that the creatures move smoother on rough terrain. Hence, there has been a slight delay with the work on the hopper (working name). We hope to release the first pass hopper by end of this month or early September.

As the World Builder now supports the prefabs, we are planning to create new awesome worlds for mid/end of September. It is going to be exciting!

Reminder: If you like to play the latest version of Boundless, please play the Steam Beta “Testing” release of Boundless.

This week we have continued with the character progression, hooking in more events and the basic level progression. The buying and selling plinths and gui have continued to be refined. The warping has been implemented and is being polished up for release.

We have implemented the server side animation for smoother creature movements. This has yet to be reflected in the public version.

The subtle world color variations have been re-added to give a bit more contrast and readability to the scene. We are also working on some color palette generation and importing for the selection of world colors. Additionally the blending of decals on the blocks has been added so they don’t cut off sharply.

In the world builder the prefab is now integrated and has been released.

We integrated the texture array work to replace the texture atlas and worked on resolving a bunch of issues related to tiling of the textures. On the engine side we’ve worked on various build process to speed things up to help productivity. We are also reworking some of the back end to help solve some mouse focus issues people are experiencing.

Ollie has been putting a bit more time into the recipes, as well as working other bits of game balance. He’s also been working on the design for the chat system, along with Rob, and they’ve come up with a proposal.

Rob has also been considering our control scheme for both mouse and keyboard, as well as controller support. He has also worked out a flow for the menus, and managed to fit everything in.

Luke wrapped up the first pass design on the objectives system, and worked with Andy to spec out the work needed. He has then gone back to working on the core stats system.

Matt has put together some of his biomes into a world, and come up with a great idea for how to improve biome selection at the top level. He has also been trying out the prefab creation tools in the World Builder, and put a few into his biomes, check out his post here.

This week the art team have been busy concepting the overall creature progression to ensure that there is clear progression and that the scales of all creatures are right.

We have also worked on the final concept changes to the weapons and tools. There will be further changes to the tools and weapons that are seen in the current public version of the game.

We’ve also modelled and animated the Mystery Box and details of this box can be found here. 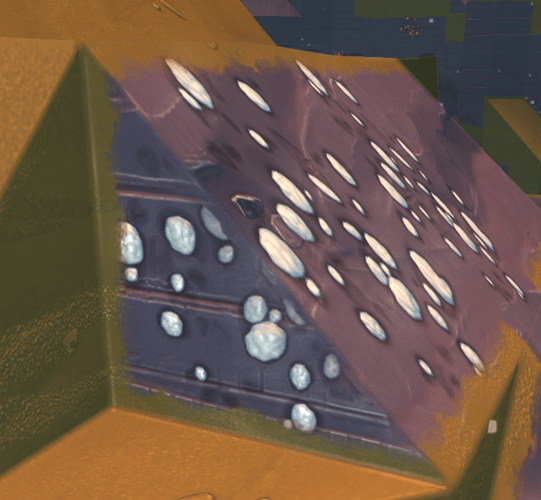 We’ve continued rigging the Hunter and worked with code on decal blending on blocks. We hope to have some cool animations to show by mid September.

Are the cluttletrunk animations ready yet? I rember you talking about them being finished ^^

Most ‘animation’ has been completed. We just need the coders to get them together and in the game. We plan to do this after we do the 1st pass of the hopper animation integration.

We just need the coders to get them together and in the game.

I’ve been on a beach too hard at work! [image] My shoulders and elbows hurt today… (no shovel!) Hole’s about 1.5 metre diameter and a metre deep some googling, seems I moved about 3 tons of sand

Niice the XP makes me excited