When did you start playing boundless?

it took me awhile to notice it the originally tbh xD

I started to play, when the NOMAN SKY, began to fail, the servers were constantly hanging, it was almost impossible to play with another person at the same time, then I started looking for related games or the closest thing to NMS and found boundless, since then , I don’t play anything else, I don’t have real life, just without limits hahaha and I hope it stays active for many more years

That was the night from Thursday to Friday (7th was a Friday), played for a few hours, never upgraded to a beacon, it hadn’t grabbed me just yet. Then the Sunday after I went back in, got hooked, rest is history…

Must have been the start of 2017. I started out on Therka, and built myself an island in the sky for my first build; 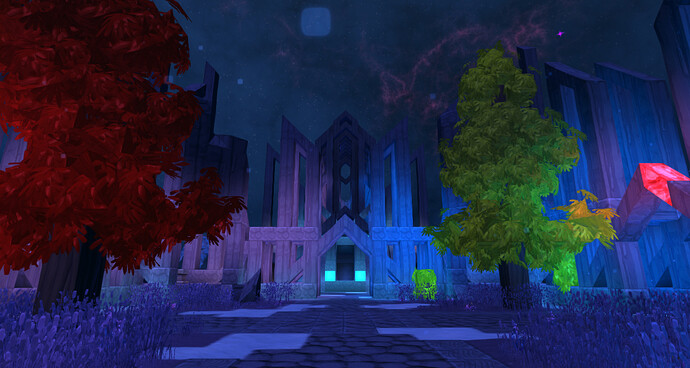 I was still learning the ropes. Back then we didn’t have skills, and had to make ‘slabs’ and ‘walls’ instead of using chisels.

After that I moved to Elop Portas and made a bathhouse; 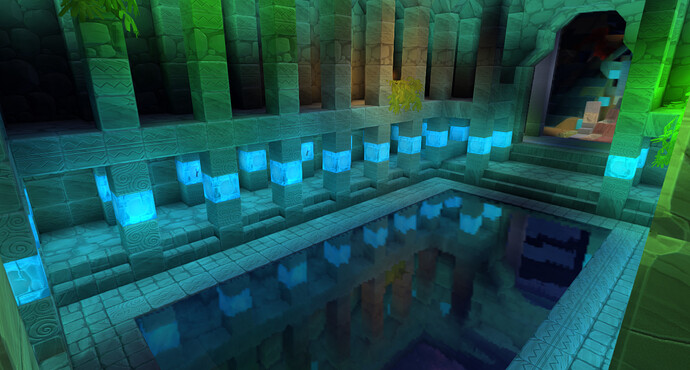 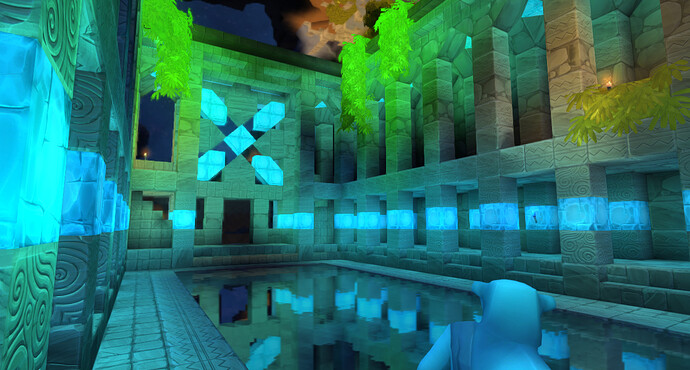 Hello and welcome to Elop Portas. The first city with flowing water. Hoping to incorporate water into your build? This is the city for you! Simply build next to the road and we will connect you with water. The theme for this city is Mystic, Ancient, Lost gardens and Ruins with an emphasis on medium and large builds. The word Elop Portas translates into the doors. We would like to see portals to truly interesting places threw out this city of doors. [image] [image] This spot is reserved for …

I made a hugely successful assault course, which many people attempted. @DanBeforeTime and @Scratchnwiff have some fun videos of the course well worth watching;

Two weeks ago @Jeffrotheswell had this idea; Having absolutely no experience building such things, I figured I was perfect for the job! And so I present; ‘Spitter’s Maw’! (cue terrifying music) To avoid spoiling the experience for people who have yet to venture inside, I’ll save the screenshots for the bottom of the post, and hide them behind a spoiler tag. Location: Elop Portas, at the crevasse beside the dragon’s head. The entrance to the trials is located here; (you jump down the well be…

Then I created a storage tower in Elop Portas; 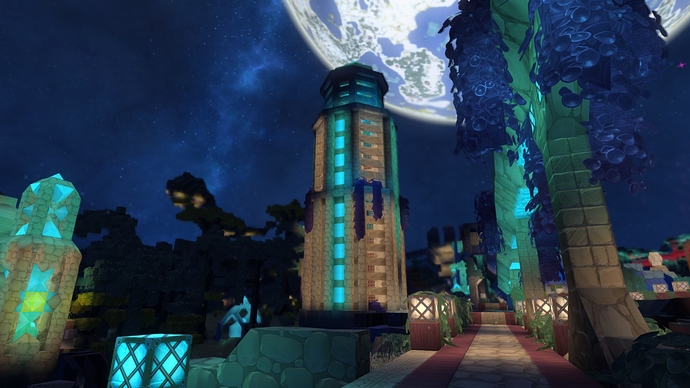 Around that time I had two vertical portals inside for fun. Me and @Scratchnwiff decided to make a portal at build height for fun, and it ended up breaking the game…

Is this planned? If not is there a developer around to come take a look at what is happening in Elop Portas right now? There are honestly hundreds of mobs swarming us in huge waves. We think it has something to do with a portal we created… [image][image]

It was madness. Thousands of mobs swarming the city. Glorious battle!

After that I made a ridiculously large underground network of hive like tunnels under Elop Portas; 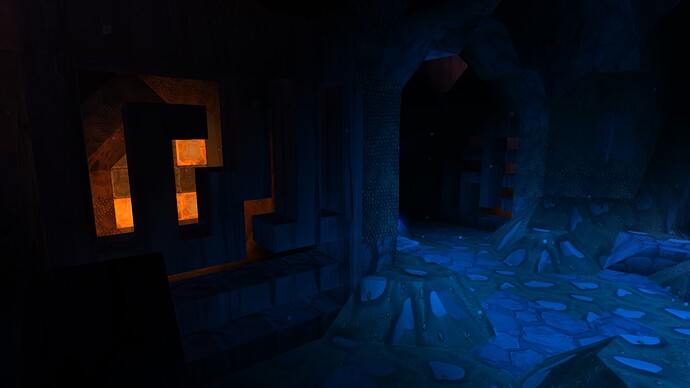 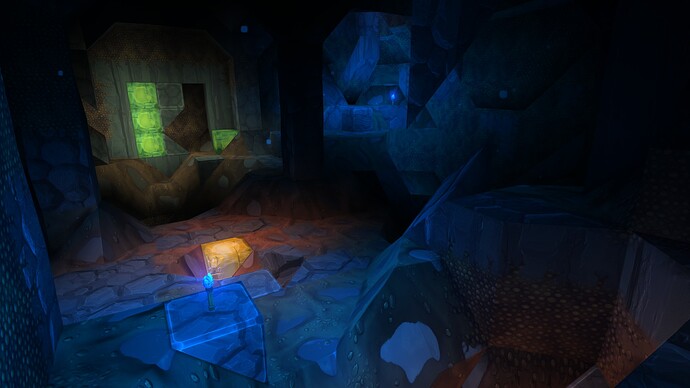 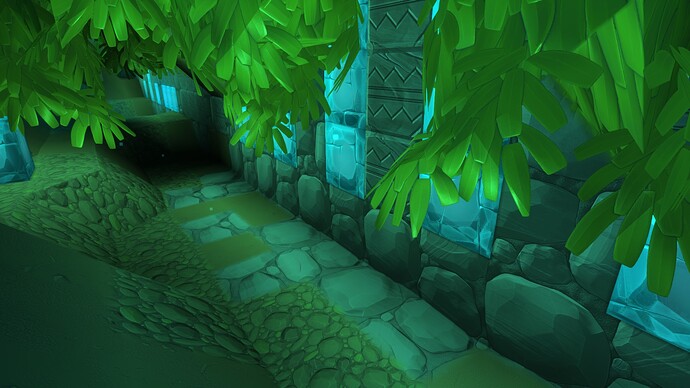 There was even a giant Cuttletrunk down there, named Beyoncé by @Spoygg; 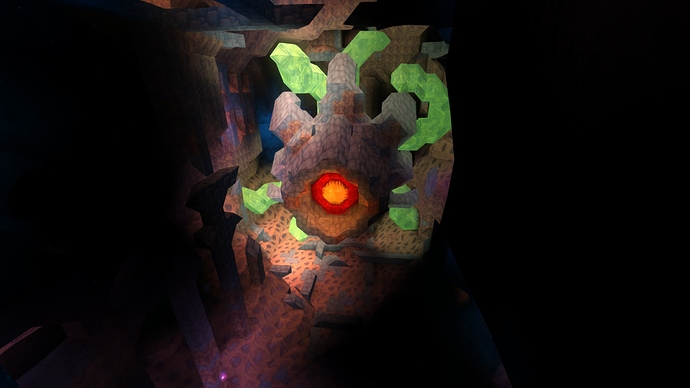 After that I started building a roman inspired colosseum on the bounds of Elop Portas; 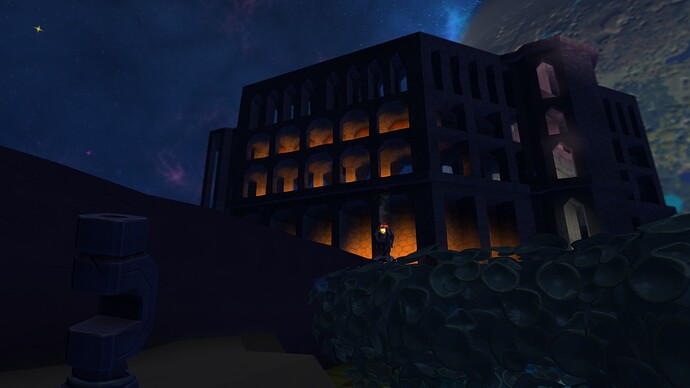 That about wrapped up the beta for me. I did other bits and bobs, but I didn’t have much time to play and eventually took a break.

Then release came around and I started by recreating my Elop Portas bathhouse on rainy Boori; 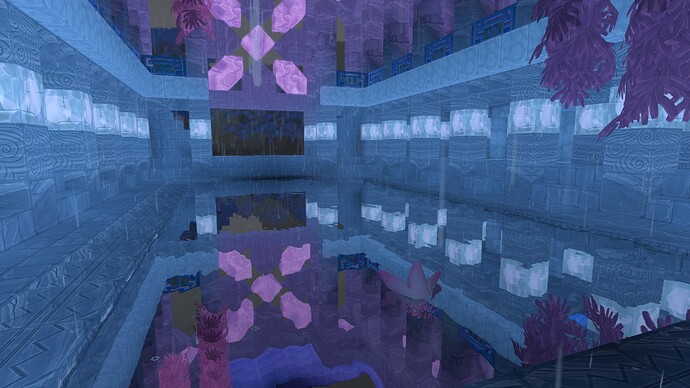 I did some community helping out there for a while, then went to help out in Little Japan with @Brea - here’s my pagoda; 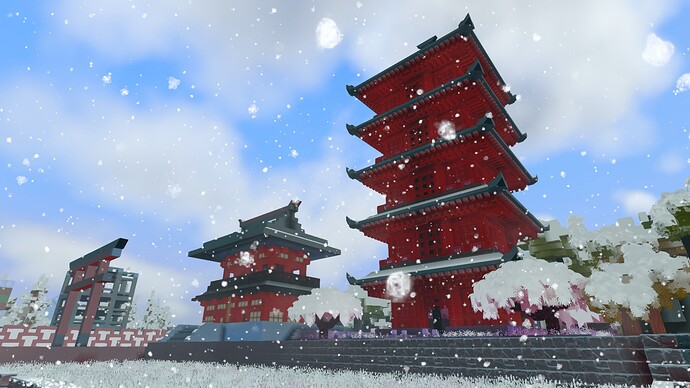 A house I built; 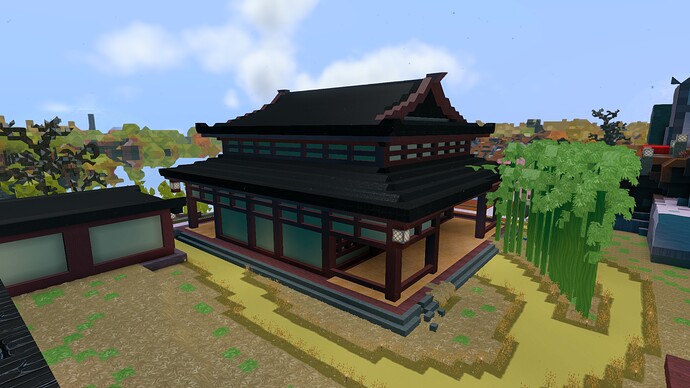 …and another house I built; 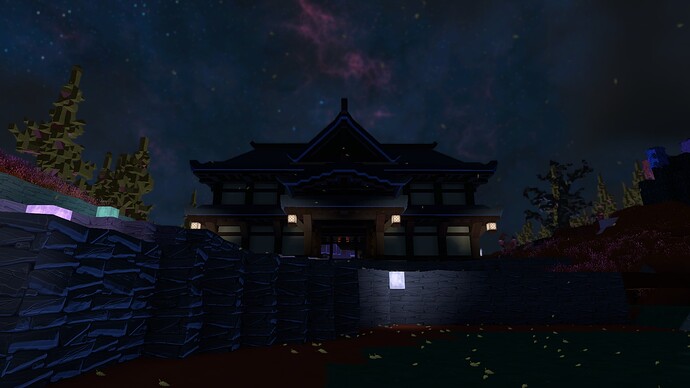 I helped with all the community stuff there for a while, including a bunch of fun events. Really loved Little Japan. It was a great place;

Kon’nichiwa! こんにちは! Sit back, relax. Imagine yourself training among the disciplined warrior samurai, or taking a moonlit walk through the fallen sakura of the beautiful spring blossoms. This is the atmosphere we have been aiming to create in Little Japan, and with your help, we can make this dream a reality. Overview: Little Japan is a Settlement on the planet Alder. It is an oriental themed Settlement, both of Edo period Japan and modern day Japan. While the theme is Japanese, similar easte…

After that I took a long break. I’ve not long been back in action, but right now I’m working on something pretty massive. That said, I have managed to build a dinky little house at the Cuttlepunks HQ; 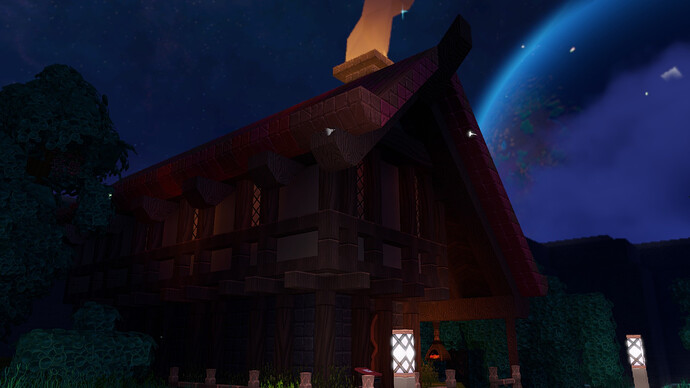 There are countless other small builds I’ve done over the years, and various other community bits and bobs I’ve helped out with.

I can honestly say I’ve found a second family here in Boundless. The friends I’ve made here I’ll stay in contact with so long as I have internet - so whatever becomes of Boundless in the future, I’ll always be grateful for the countless hours of fond memories and fun!

Oh, and one last thing. The source of the meme… the day we got skills for hammers that allowed us to destroy 3x3 rocks, myself, @Scratchnwiff and @Spoygg went to destroy a nearby mountain. Afterward we realised we’d made a massive eyesore right next to Elop Portas, and because the place was so busy, it would take a while to regenerate…

What did we do? We blamed @Jeffrotheswell; 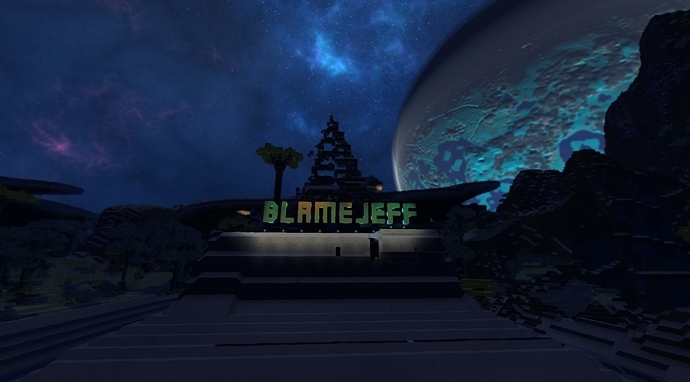 …and from that day on he’s been blamed for just about everything ever since.

Aeneas hut was around the corner. 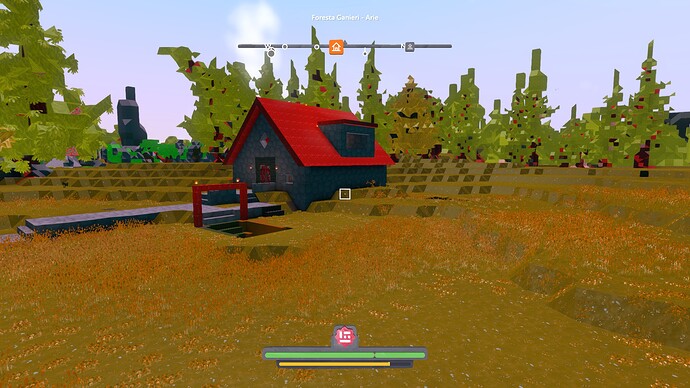 My ‘hut’! Screenshot dates September 10 at 7:47am, first Boundless all nighter!

Best impulse buy of my life…

I occasionally pull up the new games list in the PSN store and browse. Found it there, not right at release but soon after - I had went back and found my first screenshots, Sept 22nd or 23 IIRC (brain isn’t awake yet here).

Started on Alder, and the first thing that pulled me in was the atmosphere of the world, something so captivating about it, felt like a real place that beckoned me to explore it. I wanted to get through some of the tutorial stuff to go exploring some more, so blighted the landscape with the absolute worst eyesore ever - literally took every sort of block I could find and threw them randomly together into a makeshift shelter.

Good thing I had nobody nearby then!

I did back off it for a bit during the mid-levels… when the addiction really hit was when I started getting Aenea’s affordable 3x3 hammers and could get ahead by mining, start really getting coin. I find mining so relaxing anyways! When I lost touch with reality probably was when I started really interacting and making friendships here… that is when Boundless became super special to me.

Pretty quickly here I found a few people I just really clicked with and became far more social in Boundless than I have in any other game. 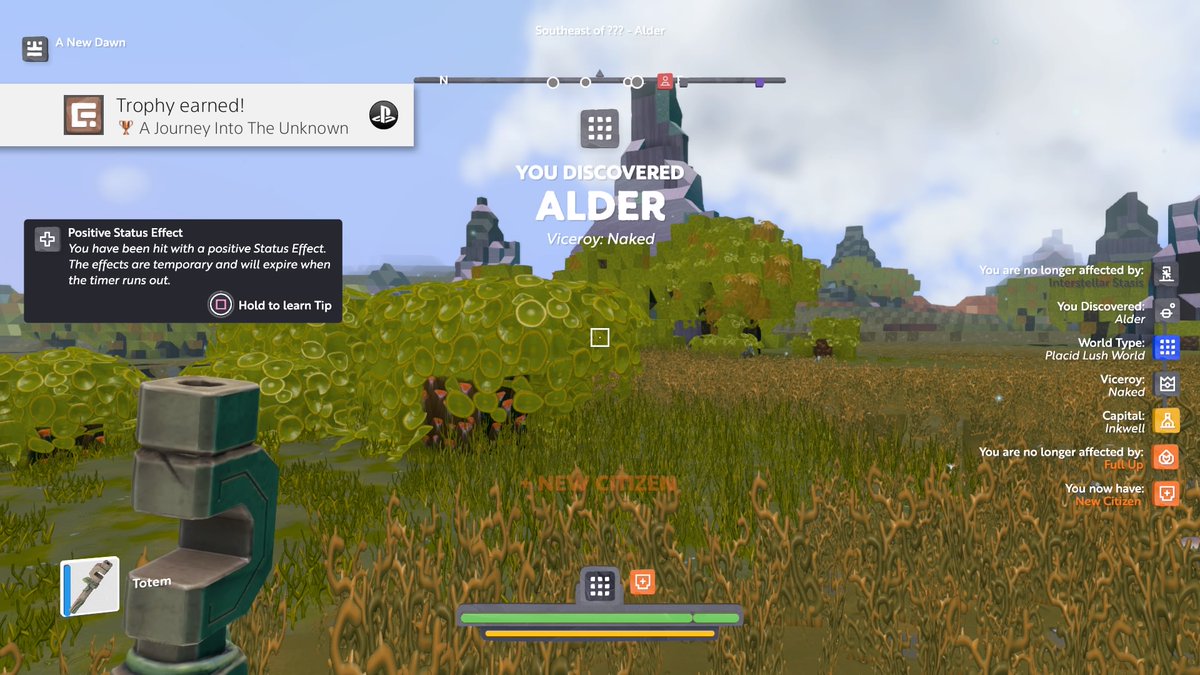 Started at ps4 release.
Landed on Arie, the 3 Musketeers Mesa, Cyklisk/Tesla and Vlad.
We started our first tiny bases, and within the first hour of playing, James came by.
We chatted for a few min. he wished us all the best and gave me a stack of prime meat before he ran off.
It wasn’t til after he had gone that i turned to my friends and went: Yo, that was a dev you guys!
Lol, it was a special day, and the beginning of one of my best experiences with a game, ever

Well my first account I back pay the 90 or 100 dollar one then account was deactivated idk what happened backed again think it was free in Oct 18… first few weeks were rough but then someone said hi and helped me with the basics. Tyvm @ILegend havent stopped playing since. And have met alot cool people and love the community

[edited]
oh god… over half of year and still dont have my base ready…
doesnt mnatter that i tore it 4 times already doeant it?

I’m probably amongst the newest kids around the block, having played for just under 2 months. Nothing fancy worth sharing just yet.

I started 2 days ago

I started 2 days ago

I suppose calling yourself Alpha or even Beta was out of question then.

I started in Feb '19
Landed in a red forest on Arie near to River Towns.
Built a little red square hut, flat roof, unrefined rock floor. I miss that simple and hideous place

First player I met properly was Huntsman, asking if he could plot closer to me which was nice

I started in oct 2018. I landed in trior and lived the game right away. I’ve moved bases many times since then but I think I have finally grown some roots ironically back on trior.

I don’t remember who I first met but I probably stared at them for a minute and then ran away. I have lots of good friends now though.

I first started playing in sept 2018 but only for that month, i got caught up in things and stuff etc etc and didn’t come back until march 2019. I did lose my stuff but it never was much was still in the starter stages back in sept when i lost it so no real loss. But I’ve been hooked ever since march 2019 and I’ve come quite far in my city called Cairns on Lasaina, still growing and don’t plan on stopping

I started in 2014. I bought the game when it was still Java based I think. You had to play it off a website https://ga.me/ I think was the site. This was before the Oortonline website. Things changed a lot since then.

Edit: @james Can you confirm that was the website it used to be on?
Edit 2: No need @james Found an old email that confirms that: 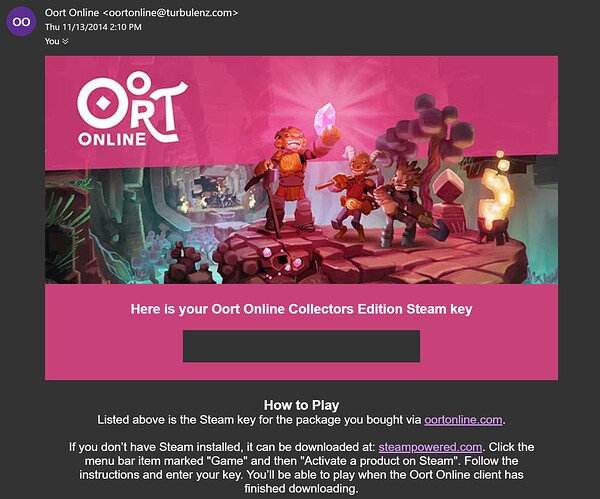 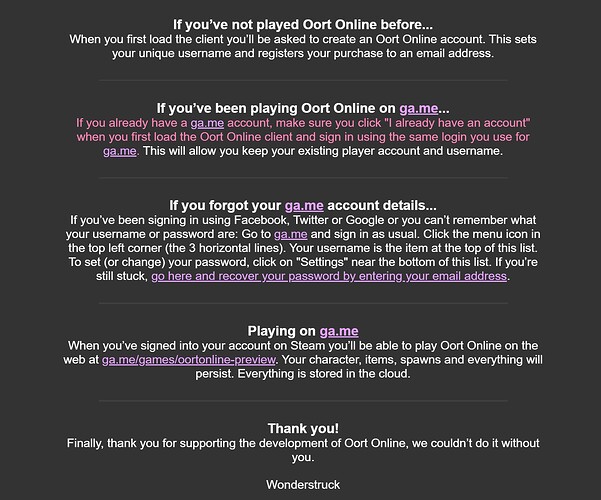 Ahh polycraft and Miss take are on there, I wondered where you could play them!