I tried my hands at making a texture for the game, and it wasn’t working as intended because I don’t know, I guess I messed-up something. They use a different method than I do for making textures, so I was doing a lot of guess work. 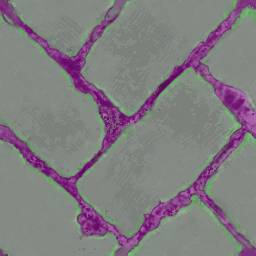 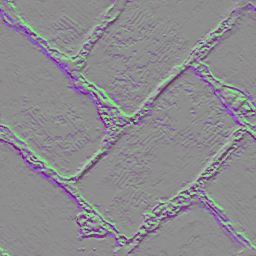 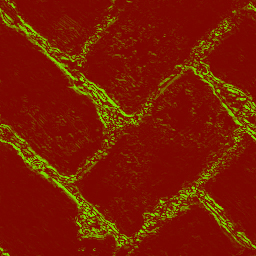 I don’t have their NormalMap filter and I usually don’t even work with DDS files, so I was tinkering the colors myself to try to approach how theirs look. XD
My area of expertise is the 3D models, never was the textures, but in this game, I thought I could try something.
Didn’t even take a screenshot of the result because it wasn’t looking like I intended, the normal map of the original un-modded block (metamorphic brick) was still bleeding through. I don’t I was very far off, though… If I had the right plugins/filters/tools the devs use…

They answered. No roadmaps because player base got bent out of shape when priorities shifted.

Source? Where did you get this info from? You state this like its a fact, so where’s the source of this information?

Didn’t find the answer (yet) but I did find the following interesting bits from last year:

We aim for an update every other week (never said every week). But it really depends if things are ready, stable and worth releasing.

Progressing both domains are fully in the pipeline.

Expect some new in this area after the coming release.

It’s on my todo list - but once i start touching the crafting system I want to make all the changes at once - instead of over multiple releases.

So maybe the reason for lack of info, slower updates, and no news update about rental worlds is that
they’re bundling everything into one major release complete with crafting changes? Of course confirmation would be lovely. Just wanted to share these interesting tidbits.

For one, there’s the quote referenced above from Sam

I’m sorry to hear you’re not enjoying Boundless. To reiterate some points and clarify others;

There was the early access debacle when the forums erupted due to a date change or two. There’s also the fact that these threads are never responded to and have been happening for at least a year and a half.

Did they explicitly say they will never provide updates? No. With the above and since they tell us when it’s ready for testing now, even though people have asked for well over a year, it’s pretty clear to me what the answer is.

Maybe just play…Let them do what they want. Just play without the worry of updates and who’s doing what and when. Maybe just worry about what updates your doing to your own base or shop or build. No stress of your own expectations pushed on devs.

“Maybe just play. Let them do what they want and stop taking an active interesting in the development of something you’re so passionate about. Just play without thinking about your future in the game and when new releases are coming out and what types of resources they might require or introduce. Don’t worry about new features or about lending your voice to early discussions about said new features, just play with the same things you’ve been playing with. The posts from even new players raising concern about the slow updates and lack of communication isn’t something to be concerned about, just trust the devs implicitly.”

The argument of “don’t worry about the future and just keep to yourself” almost sounds like an argument against voting in a democratic election and it’s something I’m fundamentally against. These forums were created to be a place for community and devs to meet and hold open discussions. If the devs no longer have interest in open discussion* then they’re welcome to close these forums but so long as the forums remain open, people should be able to talk about nearly anything so long as it meets the forum’s rules.

*Please note this is not me stating the devs have no interest in this. Nothing in my mind could be further from the truth. Seeing James, Leah, Luca, Sam, Ross, and Jess posting as regularly as they do is still a good deal better than gamers get from some companies and I love the effort this team puts into their game.

Also in regards to Sam’s post I think his reply is fair. But I also think in the like 6 different “roadmap” posts there’s already been some clarification that a true “X features come out on Y date” roadmap isn’t necessarily what folks are asking for. Something like this or these would be more accurate at this point.

There’s also the fact that these threads are never responded to and have been happening for at least a year and a half.

Edit: Also you might want to be more careful about using absolutes.

They can be easy to prove wrong (each word is it’s own link).

There are many other examples as well of the devs weighing in on different discussions around updates, upcoming features, etc.

Melodramatic much? This is just a game and the indie dev team who makes it has a lot on their plate.

I agree with @Clexarews point about providing your voice if it’s something your passionate about. The dev’s DO want to know what we think about their game.

But I might agree more with @superman101 in the fact that we need to trust the devs are working hard, and enjoy what they have given us so far. Im sure the dev’s find it bothersome to read another post about a mass craft all option, or needing hunting updates, or requesting ANY update the week after an update. At some point we are wasting their time by beating a dead horse.

I am still under the assumption the roadmap from ages ago is still current and there is no need to publish a new one. There’s not much left on it but the wraith (hunter) and Titans… And one of the devs promised “Big things” this year…I am totally reading into that as meaning Titans before 2021. (if all goes well)

By NOT publishing a new roadmap they are implying they are steadfast on the original plan.

You’re right and I apologize. I will say that my post was for once not about a desire for information and more about disliking arguments that seem to be for being silent and not caring about the future or about the state of things. If anything perhaps my melodrama reveals my passion?

In my mind it’s fine for others to think that. If someone doesn’t want to be part of the conversation they don’t have to be. It’s as simple as not opening these posts and not replying.

I am still under the assumption the roadmap from ages ago is still current and there is no need to publish a new one. There’s not much left on it but the wraith (hunter) and Titans…

The last dev published roadmap I’ve seen is this one:

Boundless Roadmap: Here is an update to our active development roadmap. [roadmap_jan_2019] Boundless updates: We’re following a development process where we alternate between updating Testing and Live every other week. Then Tick-Tock between minor and major feature updates to Live. The aim is to deliver a constant stream of quality, optimisations and features. Every week there should be something new to explore on Testing or play with on Live. We often have many different sized features progr…

Do you have another one with Titans on it?

I totally agree that a true roadmap with dates plotted out and everything is not something folks want. But there’s a whole slew of arguments about the merits of an update on past concepts and art posts and that’s what I think would be more valuable than anything.

It was not my intent to say people shouldn’t be passionate or engage in what they want to see in game, whether a specific thing we know about is going a certain way, suggesting completely out there things, or anything like this. Rather that continuing to ask the devs for a roadmap or dates on things coming in game is not yielding a roadmap or dates. We keep seeing it pop up. I apologize for poorly communicating my message and encourage everyone to share suggestions and ideas because, as @Clexarews mentioned, the devs do look at it, even if there’s no comment, and have solicited suggestions from the community

Looks like the last official roadmap was last February, which mentions the Hunter

Boundless Roadmap: Here is an update to our active development roadmap. [2019-02-18] Boundless updates: We’re following a development process where we alternate between updating Testing and Live every other week. Then Tick-Tock between minor and major feature updates to Live. The aim is to deliver a constant stream of quality, optimisations and features. Every week there should be something new to explore on Testing or play with on Live. Unless someone suggests we do a free weekend, then we o…

The devs have peppered the forums, Steam, social media, etc with hints and small details about things they are working on since then.

I’d like to know what to look forward to but at the same time, I like a good surprise… so yeah… no opinion here. Carry on
/pointless comment end

If you’re still seeing some of the old meta block showing through. You miss a file.

I should make this my signature.

I’ve caught these things from the forums recently but I don’t check out their Steam page very much, don’t have a twitter, and rarely use facebook. Please feel free to share anything from those sources that they’ve leaked!

From the discussions here and other threads one thing is clear. The overwhelming passion for the game is strong. With passion there is the desire for more content to add to the experience, and there is nothing wrong with that. Devs see these threads and can measure the pulse of the community.

I have to hand it to the studio, their vision was spot on. I get so involved in this game it becomes, at least for a while, like RL.

Fyi I am MrFreeze in game and don’t post much on the forums. Sugar & Spice Bakeries are my shops. I love this community and the enthusiasm in everyone you meet in game. No other game like it!

Bob is James in disguise 100% confirmed