OK, Boundless School is a place where you can meet up with teachers, and learn something by doing it whilst the teacher leads you by the hand. 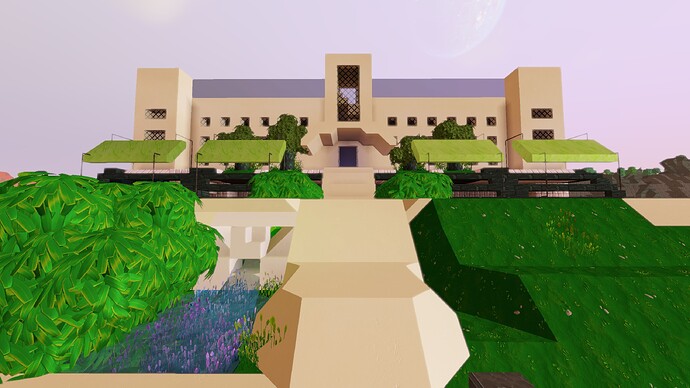 Step One - Ask For Help
This thread can be used to put a shout out to the world, to ask for help. Seriously, there’s tons of folks desparate to help you. Once one or two of them volunteer, they’ll then speak with you to arrange a time to meet.

This doesn’t discount you not asking elsewhere, just know that (eventually) I hope folks will use this as a jumping point for a lesson (for example) on lighting.

Step Two - Let Everyone Know You’re Hooked Up
Once you’ve agreed a time to meet, let the thread know when that is, where possible. It’s not a necessity, but it’d be nice because others might be available at the same time to learn, too!

Step One - DO IT!
You can meet at the school, and use some of the “unplotted classrooms” we’ll have available here. Or you can not meet here at all! Just naff off somewhere else and do it.

In terms of the future of the school, hopefully it won’t need to change much.

There will be some examples in situ at the school, and, over time, some portals to other schools, other places to learn, and other examples and stuff. Perhaps some open use machines? I dunno.

Boundless School is located at 1,825N, -174E, (Altitude: 65) on Sochaltin I, the following portal will get you there, but I hope it’ll have a dedicated one in a few places in the future, we’ll see.

239m West by the Entrance of Grandeur Hub 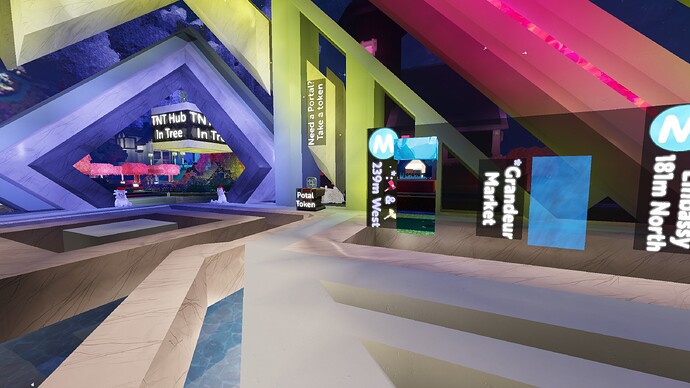 Your alt is your mother’s brother

I’ve been meaning to check if the people in charge of the Storis II Welcome Center are, but you could consider at least getting a portal from there, since I believe some number of new players are directed there for some tutorial assistance.

Eventually, I want to build a number of tutorial areas, and have planned to at least get them linked up to the welcome center.

I have been there, but it seemed to be abandoned for a few months now. Was kinda surprised to find a forging school there since that was around the time i started learning forging myself.

For what it’s worth, I think I’m going to try to build a version of the school in SCHOOL NURSE FILES …

Replete with the hole monster, of course.

I just came across that yesterday for the first time; mah pockit were full tho and I was looking for something.

Hiding gleam school would be a decent one now lighting school is gone, when I came back had to drag up a very very old forum post which explained it

Brown Town’s to do list includes a range of schools, chiselling, forging, lighting and many more. Hoping to get it all up and running in the first half of this year.

Perhaps this can be used as somewhat of a schoolhub, then, as I noticed a couple of other dead threads out there.

Obviously it’d be great for it to still be a place to meet for actual lessons from volunteers … but it’d be good to do as much as possible (as easily as possible).

Yeah … but they do turn. 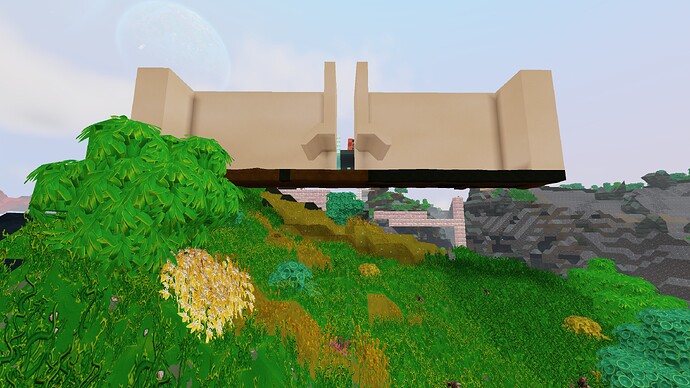 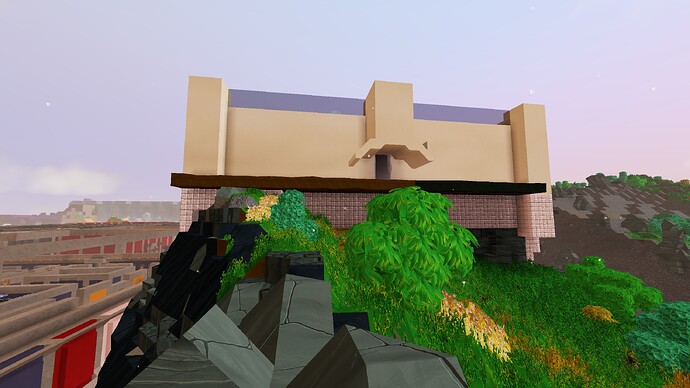 I need to make the windows all the same colour, but … getting closer to something that can be torn apart and played with. 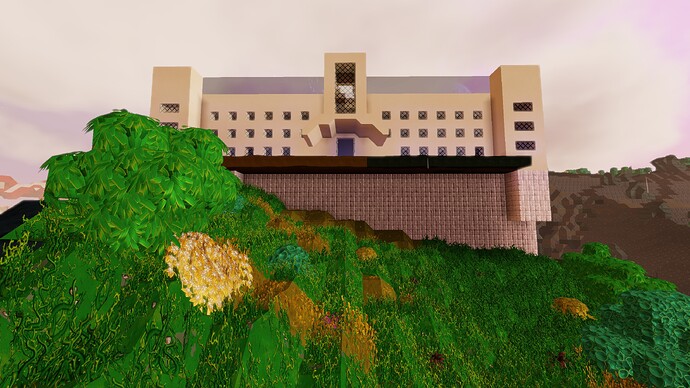 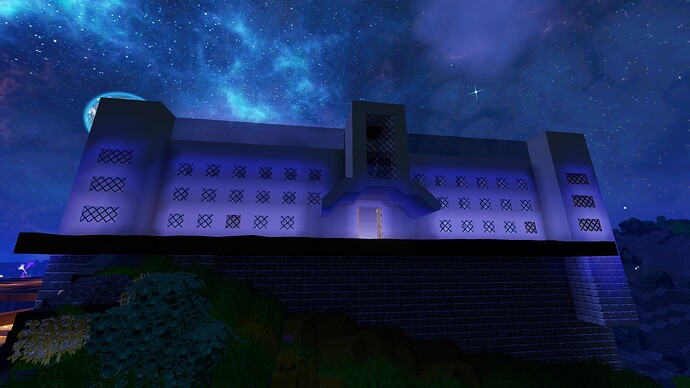 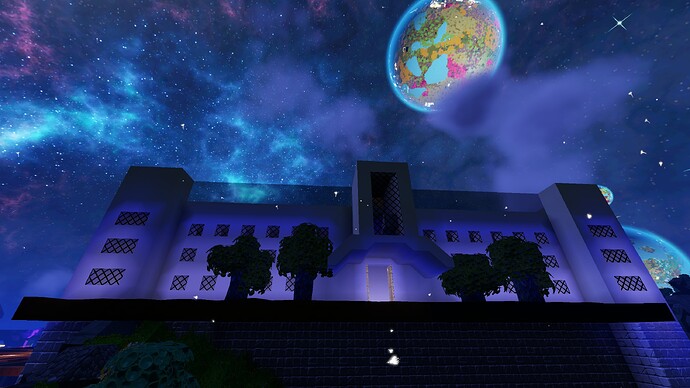 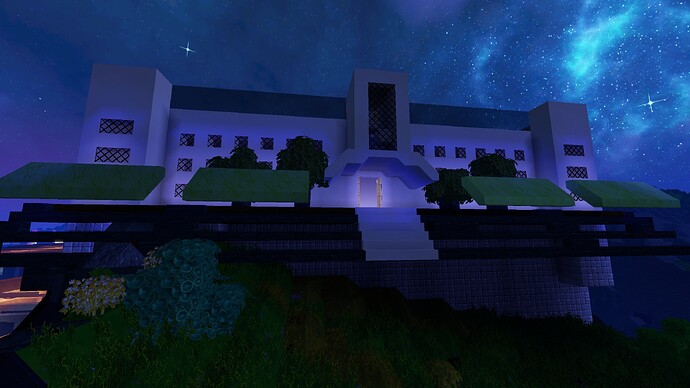 Enlightened with a pole 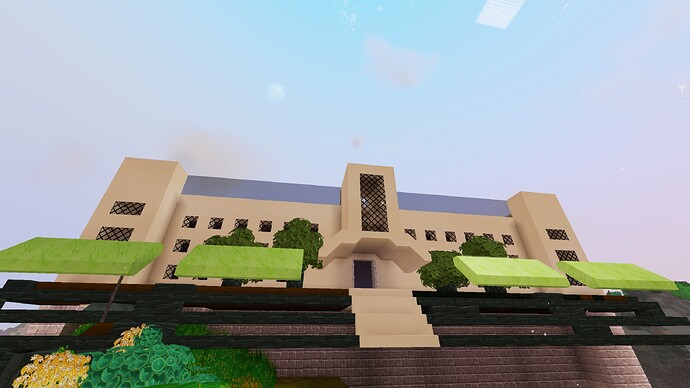 Open Oortiversity … cos I is well stupid, innit.

There’s a forger’s lane now that I’m all sorts of happy about, we totally could use a hub somewhere for schools or at least a “bookshop” sort of thing for location tokens for schools.

I think location tokens might work best as there can just be a huge ton of them. Naming conventions would be the most perfect, but is a bit of an ask … But, like you say, it’s the easiest way to have multiple tutorial links.

I know many people have put up examples of “how to” here and there, would be nice to catalogue that.

EDIT - Switched convo with Solgato to DM to save the subject constantly updating.

I started making an atlas/blocks/tokens library, but I’m a slow builder, putting the tokens with an atlas in a storage cube at eye level to gaze into and the materials filling the rest of the column of storage cubes was how i was doing it but it was set up for me to use hence in the cubes, no stacks so i would see the information without opening the stack. i could put on a whole sleww of locations for wherever i was going and burn a replacement set before heading out.

What planet is it on?

You don’t need to use the school to meet up, but it exists if you like, there’s even an ‘unplotted’ classroom (1A) you can dig out and use for quick lessons. But you might be better off going to another place to do so.

Happy to take advice on the internals of the school. The basement will contain any portals that anyone wishes to set up to any examples of a “how to” on a given method. Not to mention that the basement itself is an example of underfloor lighting.

The RGB room will be given an example sub-room, too.

Plus there’s a ‘laser room’ that shows how far gleam light travels through plain glass, a bit further on.

Im pretty sure the oortians before us had their versions of higher learning come and go. what we the citizens will do now that the oortians are gone from the universe is the question. Maybe madmanmoons school is the first step for many a citizen. Maybe there will be a trade school on how to setup and manage a shop in this citizen-driven economy.

Making myself available every night for the rest of this week to do lessons on the following:

All lessons will be YOU doing stuff, none of this parrot / read the manual, learning from me.

With the basics of this, and @Ovis’ ‘run off’ liquid acceleration technique, I have high hopes for what people can achieve.

@ me in this thread, or DM me, and we’ll arrange a time to either meet at the school, or a place of your choosing.

CAVEAT - If others want to join in (and they might) then we’ll need to do a group thing, obvs. We’ll cross that bridge, but (as per the OP) it will be done at the time the person that asked for the lesson wants.

Everyone else is along for the ride

ooh, that’s a tasty educational menu… what means night to you?