I love the second option. Seriously, it’s brilliant. I’m decent with buildings etc but for the life of me I can’t do good looking natural trees

Hey Devs, just an idea because I know you guys have a ton in the works. But I think it would be an interesting add-on to farming if we could breed creatures to fight with us – like creature wrangling. Capture wild ones, create pens and food for them, grow them and breed them, then try to make stronger variants. These creatures would of course have life bars and have the potential of dieing permanently (without revive) to create a trade market for buyers and breeders. I think it would create a…

How about adding lily pad in flower section? I feel like it would give some cool build options

A shop stand / plinth that displays any added item with the rotation animation from items that are dropped. Could be used to interesting effect to animate builds and make builds & interiors seem more alive, especially if hiding the actual plinth away somehow.

The beginning of an amazing idea. (Personal, Mini, Voxel server in a 2x2 block space.) Suggestions

I have been waiting for the day when we can have one-of-a-kind items in a videogame. We can start here with Boundless and have personally designed furnishings created by players to decorate or sell to others. Imagine a cube that would work like a small voxel canvas that we can apply upto 256 colours of low resolution mini-blocks that we use to create our one-of-a-kind items. As this idea is just fresh in my head I haven’t worked out all the details but I did want to post this as a start. What …

An extended idea for Dungeons in Boundless Suggestions

So I’ve been thinking about some core aspects of Boundless, and it came to me that dungeons would work very well with Boundless’ portal/warp system. So, I decided I’d do a bit of a writeup with some ideas and suggestions for how I think this would best work. Knowing that Wonderstruck is an indie developer with a small team, I’m going to focus on this idea with a minimal amount of additional mechanics to make it as actionable and easy to implement as possible. The Boundless Dungeon: The Core G…

So I had an idea for a suggestion that I think would be really cool and would like to flush out with community - interstellar storage blocks. Purpose: Interstellar storage can link to some existing storage you have somewhere else and allow you to interface with it remotely (viewing/placing/taking). This would be great for when you have items in all sorts of places, enabling you to move quicker between two locations, or even sort your items from 1 place instead of running around to different …

I would like to see busted planets added in the future. Planets that are basically worthless or ridiculously dangerous until the community terraforms them. Could be a planet whose atmosphere is so toxic only ridiculous amounts of resistance make it breathable, a planet with no visible land, or a planet with creatures so deadly they make it uninhabitable. But players could build Atmospheric Purifiers or similar “Terraforming Nodes” that will gradually turn the planet into something wonderful. Th…

In the latest thread about logic blocks, @the-moebius made a comment about making elevators by having an alternate fluid that was clearer and could be used like the classic minecraft ‘water-elevator’. It got me thinking about alternative solutions, and I present - Anti Gravity blocks. I would envisage these being relatively expensive blocks that are used in pairs (so, at the top and bottom of elevators) and where the space in between them was treated as having no gravity. You would then be able…

I’ma go with 10. Stairs take up soo much room in a narrow build. 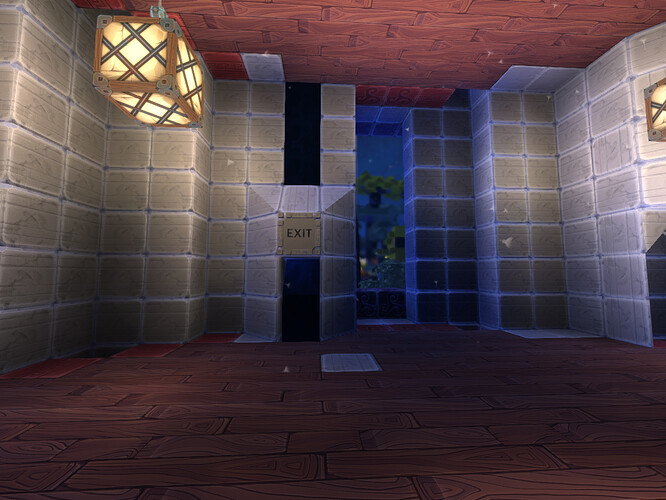 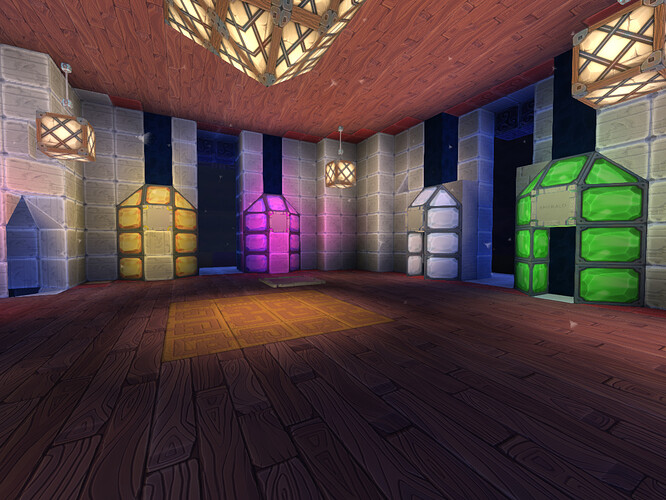 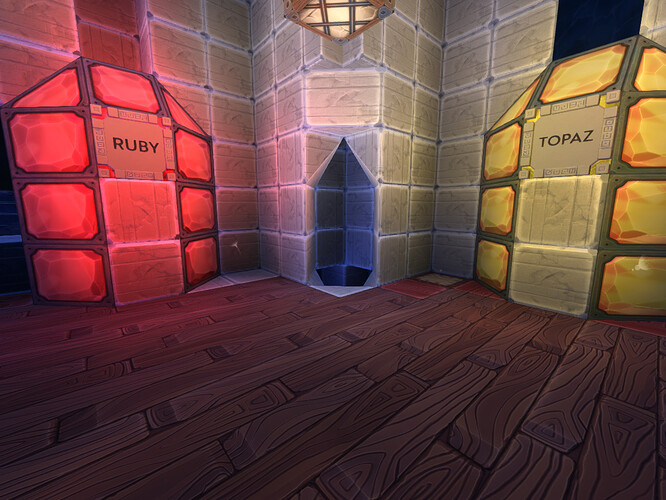 We need some spark powered turbines for that ^^

I chose 5 (tbh I like all 10 but it seems wrong voting everything) options but building blueprints is my fav. That opens up a whole new market of items. Even newer players could make a killing if they’re creative.

why dont u use 1x2 portals then?

I would if I ever built a serious base… i want to build a mansion connected by portals with rooms scattered across the entire planet, like on some sci-fi show I watched.