We have had great weather all week here in beautiful Guildford, but don’t worry everyone Wonderstruck has been hidden away busy working on all the cool features coming to Boundless. Only 1 minor feature update to the C++ development version that re-added the playable character mesh variations. Welcome back old friends!

As a team we’ve been beavering away on:

Code
We are continuing the machines, hooking in the power cores and engines. The GUI work has also been focusing on crafting and machines. We have merged the 16 bit block data changes into the master line to greatly increase the possible block and prop types. We have also updated many of the blocks to enable slope variations. (These were prerequisites for the latest World Builder features.) For the server backend we’ve been working on how we handle entity ids to make it scale up more simply and robustly.

so we spent time getting him up to speed with the engine and game code. He hit the ground running and added the character model switching into the game that we released. He has also started adding some of the wonderful new character animations created by @gerryjacobs. The first animations we’ll integrate and release will be the emotes demonstrated here and here and probably somewhere else…

We’ve also spent time on fixing crash bugs users were seeing, especially over last week end - thanks to everyone who reported issues. There’s been some more polish on the VR support to fix a few rarer glitches. The shader pipeline work is still in progress with more PS4 driver updates. The engine is pretty solid now.

Design
Working together with artists, animators and coders we’ve arrived at our creature set for 1.0. We’ve tried to produce a set that covers a wide variety of creatures from simple combat-based ones, to large powerful ones, to interesting non-combat ones. Within this set we are also planning on have a large amount of variations to provide much interest as you explore the worlds of Boundless. Checkout this post for an idea of how the creatures all look together.

Other work this week has been helping out with art investigations, and also collaborating with @lucadeltodecso and @michaelb on the world builder and a plan for when we would like to release it on the beta branch.

Also given that the machine and crafting implementation is coming along so well, we’ve needed to get the recipe data in a good shape, and get it exported from our spreadsheets where it lives to a format that the game can read.

GUI
This week saw the new GUI system functional in game powering the new crafting system. It’s a functional prototype (dev speak for: “it don’t look so pretty right now”) so as an effective distraction here’s the latest development on the Boundless icon palette. For bonus points: how many icon meanings can you guess? 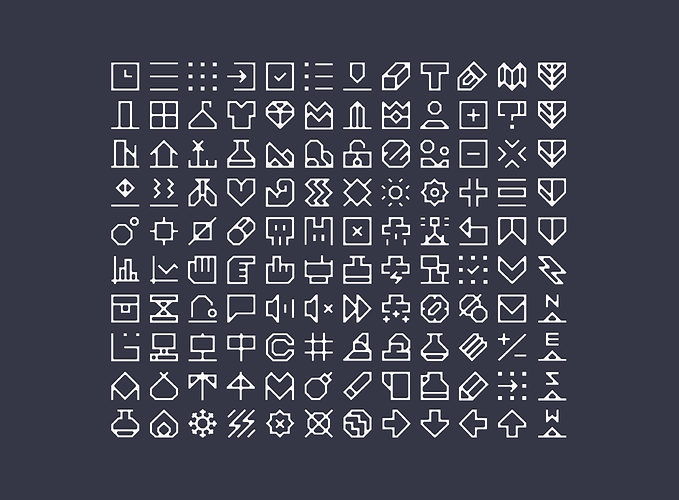 We’ve also played a little with the elemental representation in the Boundless GUI - a first version is here. Let us know what you think.

Art
We’ve been working on the creature progression language. @claudiotolomei shared a demonstration of the progression for the Cuttletrunk here.

We’ve been working on a number of prop art concepts:

3rd person character animation has continued with hammer dual wielding. More to come on this when we integrate dual wielding as a playable feature. We’ve also completed our latest emote: the Mexican wave.

We’re also busy migrating the art team over to the C++ version ironing out any teething problems with our setup and tools.

Not going to complain but, we are going to get machinery etc. before we get chests/containers?
Where am I going to store all my processed stuff?

Iteration on the mystery box which contains a desirable surprise item.

Any chance that you´ll reveal how one is going to obtain such a mystery box?

Could be a cash shop item^^

Where am I going to store all my processed stuff?

Just dump it in a river; no one will notice

Planning for world regen testing and release next week.

Anyone know when we can calculate new items / machines / props in?
And far more interesting, because there is no infinity mode:
when do you guess to implement plinths and storage? That would probably really give many of us a new drive to interact with it

At least I’m not alone

Not going to complain but, we are going to get machinery etc. before we get chests/containers?Where am I going to store all my processed stuff?

No necessarly, I’m quite happy with the amount of beacon space I can use.
It’s nice to test how much you can put into the space you have. And it’s surprisingly much!

I’m more for chests and plinths then for more beacons

Right now my house is fully encompassed by beacons. However if I had multiple builds I would have to use the beacons more like markers than as what they are designed and intended to do.

Infrastructure of settlements would be lost, most builds which are “large” won’t be covered.

It’s nice to test how much you can put into the space you have.

Asking people to conform their builds to the beacons instead of beacons confirming to builds would be a bit counter productive. The amount of space you get isn’t actually that much, especially considering your beacons aren’t world specific.

I’m more for chests and plinths then for more beacons

Who says we can’t have both? If we have world regeneration without extra beacons settlements will have infrastructure destroyed as well as larger builds being discouraged. Who wants to invest time in something so temporary?

Everything is coming together nicely!!
Will more monsters be released when the world regen is released next week? They look awesome!
I agree with the others about chests too. But maybe it’s good that we can’t store a ton of blocks because we are going to lose everything eventually.

I don’t know about anyone else, but I’m really looking forward to the world regen update, as it should hopefully be one of the last server wipes before 1.0 (correct me if I’m wrong!). It’ll hopefully mean that we can just carry on building from there on out, even when other new items/functionalities are introduced later on.

I’ve already seen a sneak peek of the thorns… 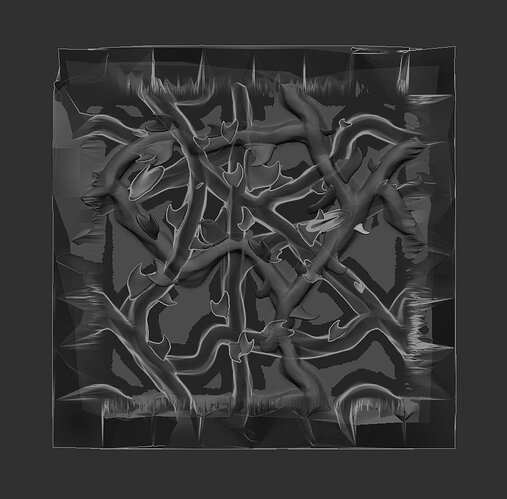 I can’t reveal my sources though

Think that will happen

ok, may by I had to much interpreted into the sentence ^^

@James what about the Grapple Hook. Isn’t it suppose to have like a rope connecting to the Hand-Piece?

For bonus points: how many icon meanings can you guess?

I can guess at 100% of them. How many can I guess correctly? Well, that’s a different question.

These updates just keep getting better and better!

I’m really excited for the elements system, in addition to the finalization of creatures. It’s good to see that week by week we continue to get momentum, can’t wait for the future!

P.S: I added all of the mentioned art to the devlog collection.

P.P.S: @James, I hope you can answer my PM soon

He hit the ground running

What did you mean “growth”? Whether will be it a specific plants (like cereals) or bacteria (like a mycelium) or something very different?