We’re still busy preparing the next update to Testing. The aim is to make the next Testing update suitable for migration to Live for everyone to play. We really appreciate all the players reporting issues from the Testing releases. It really is super valuable.

The following are the main changes coming in the next Testing update:

Code
We’ve been working on the projectiles system, adding support for shotgun style ammo and better prediction of projectiles for creatures. The aim is to allow each Slingbow to have a different firing function: rapid fire, sniper, shotgun. There has been further work on polishing up the bomb and its fuze as well as the status effects it delivers.

As part of Progression the inventory now supports variable sizes, getting larger as you level up.

We’ve update the GUI text rendering to support inlining coloured icons in the flow of text. This will be used to rendering controlling information during the tutorial, and also allow us to inline glyphs and other icons. The GUI reskinning has updated the furnace, plinth and trading.

We are continuing to work through the objective and adding any missing supporting logic.

We’ve added logic that will speed up meshing if you have already downloaded the data into your cache when revisiting an area. This should help portals open much faster. Further meshing logic has moved to a thread that should speed up remeshing when the world changes (building/mining) if it’s already meshing elsewhere as well as the lower level of detail meshes.

Design
Ollie’s has continued working on Bombs and Status effects this week. He also did some balancing for the core attributes and made Warp Crystal (formerly known as Warp Shards) easier to craft. This should help players who are struggling to get off their home worlds. There was some more project management tasks to do this week but luckily not as much as the previous weeks.

Luke is still working on the new objectives system. This week he’s mostly been generating a list of objectives to work as passive tasks for players to complete. This week he’s had support from Andy to introduce new elements and objectives to the tutorial. In addition to the objective system, he spent some time working on the roadrunner to make it more alert to nearby players and looked into balancing the Stamina drain when using items and jumping.

Rob’s focus this week has been on updating the economy screens in the game. He’s been looking at ways to improve the overall presentation and user experience for Request Baskets (formerly known as Buying Plinths), Trading and Shop Stands (formerly known as Selling Plinths). The names are still a work in progress, so let us know if you have any other ideas.

Setting up a Request Basket: 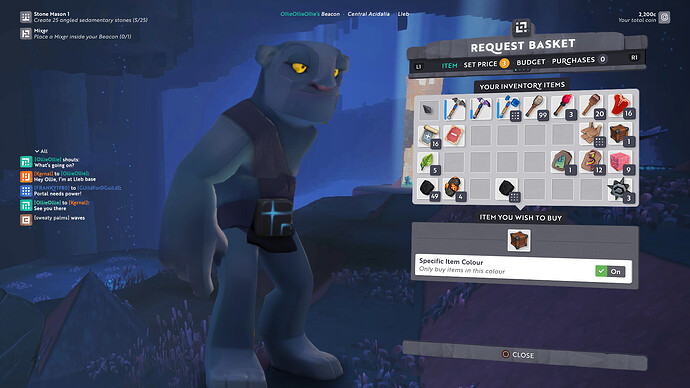 Another user selling items to the Request Basket: 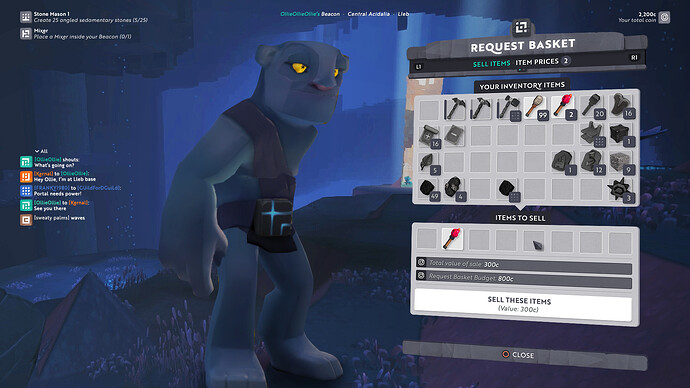 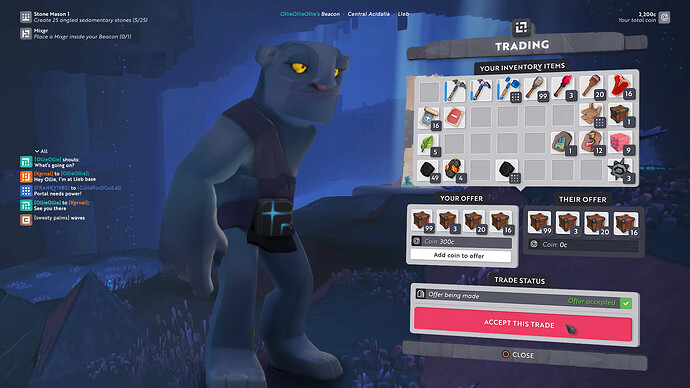 You’ll be able to choose from a library of faces and head pieces, character scale, body types, body colour, eye texture and colour. Plus a body tattoos - each with three levels of elaboration on the body, three areas to customise colours and a transparency slider to reduce the intensity if so desired. Checkout some examples below. 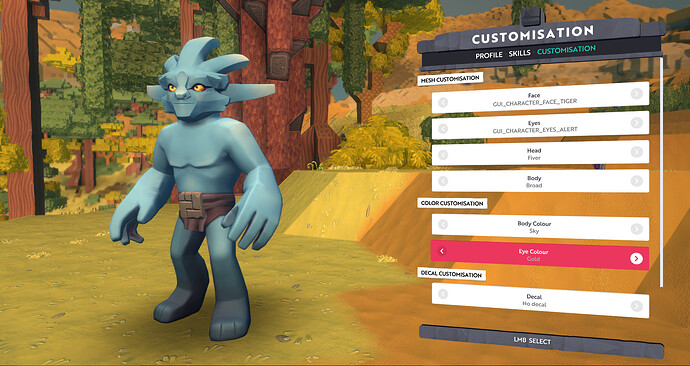 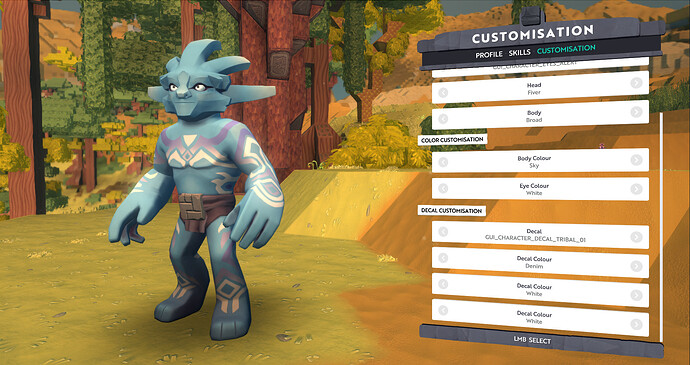 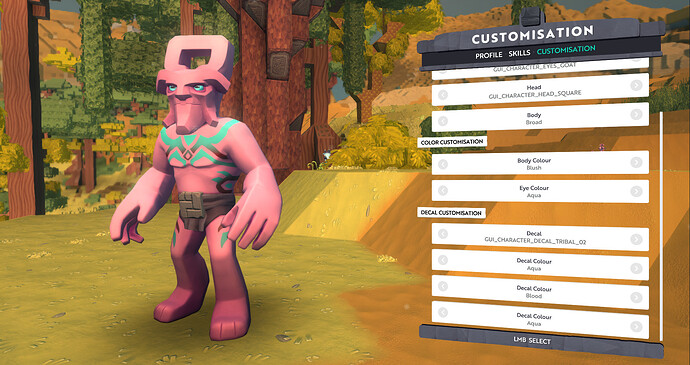 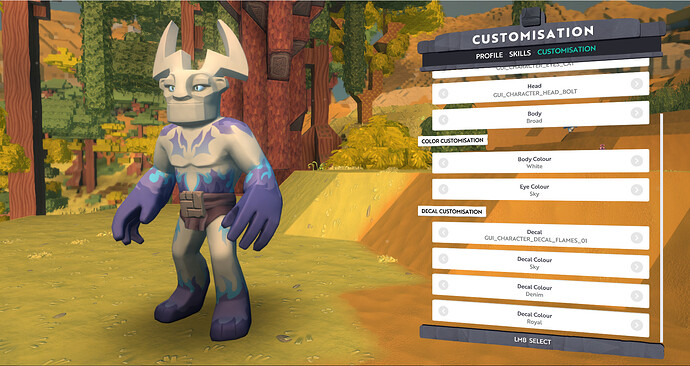 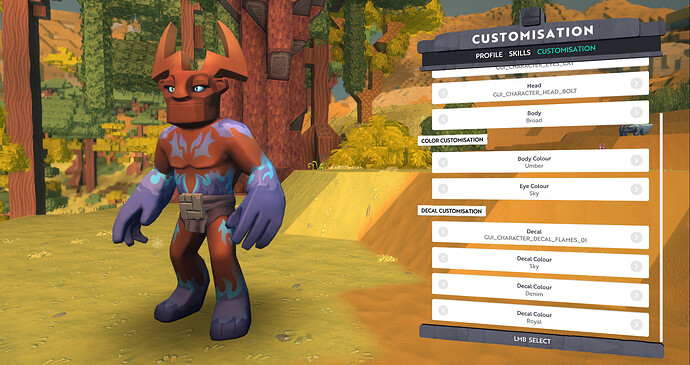 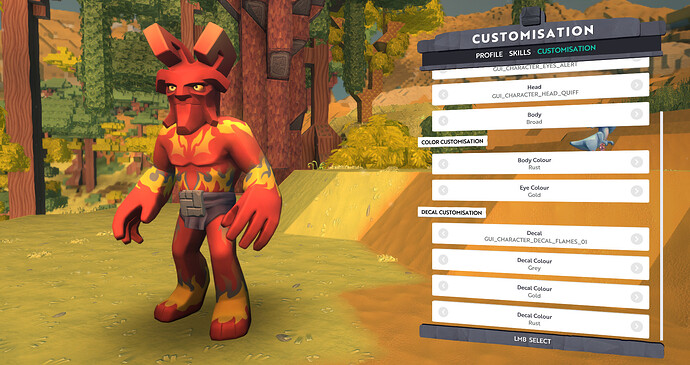 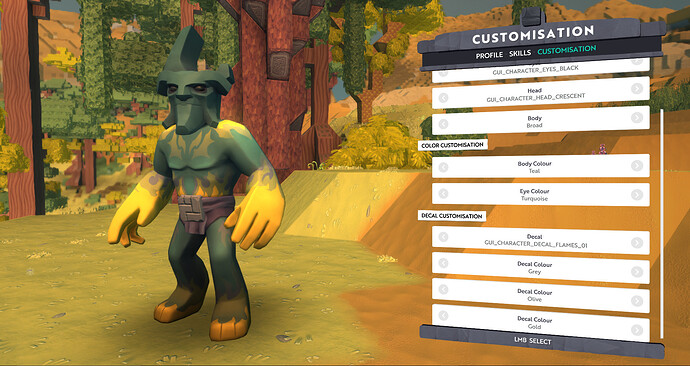 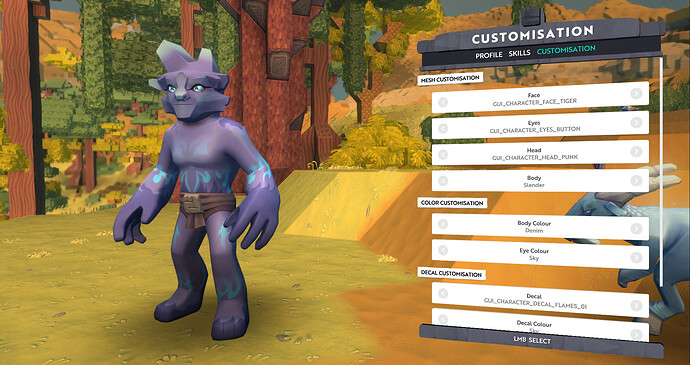 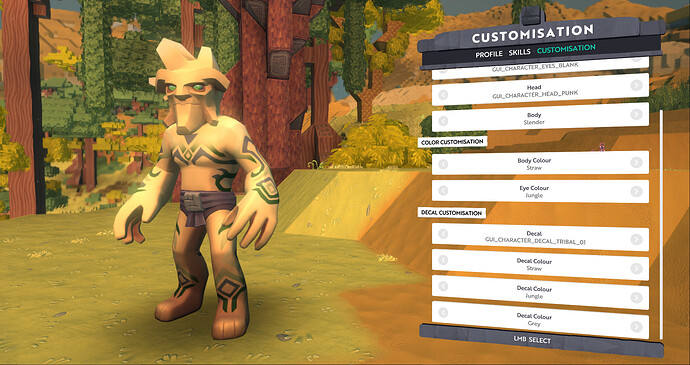 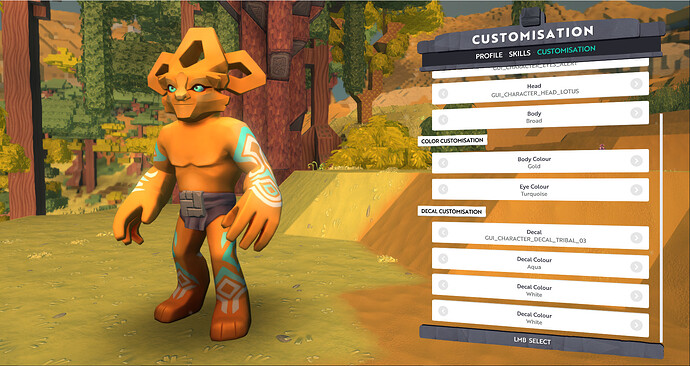 We’ve also been supporting development on bombs, prefabs and the new sanctum. More on these soon!

I like the faces:) can’t wait for the update

Very excited for sniper mode and shotgun mode! And the customization is looking so sweet! Updates are coming in so quickly, can’t wait!

and a transparency slider to reduce the intensity

Campfire and Beacon control meshes added and showing fuelled status of the beacon.

Looking forward to finally seeing these in game!

The trade one could be an “Exchange Plinth” … selling plinth is fine as is I think.

selling plinth is fine as is I think.

I agree.
“Stand” as part of name would be perfect for some kind of Display Stand that is quite a few players wish to be introduced (just to show off items without selling).

My character can either turn out like the biggest mess boundless has ever seem or just a regular gray scale with color character. I love it

So if my character turns weird, it’s all on me

I think I’m going to remake the character I currently have.

Query: when are we gonna see the next “live” update?

I notice that these characters are all effectively naked. Are crafted wearables coming soon after?

That all looks awesome… though it does leads me to a question.

Are these decals intended to be more like tattoos (permanent-ish), or more like facepaint (and hand a foot paint), in that you could craft / loot / buy / [insert other mechanic here] different designs and colour and apply them when you choose?

Cause, you know, don’t you just hate it when you meet up with a friend and you’re wearing the same T-shirt?

I would think tattoos would be just fine a concept. Considering the technology advanced, they are, and that tattoos can be removed with the technology necessary.

Tattoos, I think, will be part of the main character creation process you do before you get into the world, so I don’t think they’ll be changeable whenever you want. Wearables, however, will be a different story altogether!

and you’re wearing the same T-shirt?

or a dress…
Good question though actually; is it going to be removable or not? I mean I wouldn’t want it to be done like now, any moment for free etc. Its good to be able to recognize someone by their look. However, something obtainable with some effort through skills, craft etc. would be nice.

This could be implemented by way of some kind of tech (whether a permanat in-game object or player craftable - or maybe even at the expense of a view coins (where each change/addition/removal would cost incrementally more)?

I know this would make it sound more like Tattoo Sim

but considering we don’t have many cosmetics currently and these Bounders? are supposed to be a tribal species after all

But i don’t know how much work this would be for coders - which brings to another note optimizations first please (i know its only test phase but earlier myself and @boundmore were experienceing 5-800 MS lag every few minutes (we are from EU - sorry @boundmore - i do not mean to speak for you :P)

Aesome game and i am now addicted QQ

Woow, this is amazing

was away for two weeks and so much done!
You guys are doing great work, keep it up