In addition to the features listed below, this update has changed a significant number of systems in the client and server of Boundless. This includes: 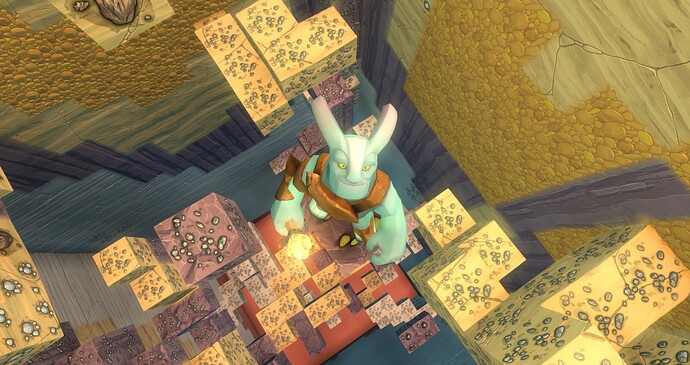 So excited to try this out!

The resource distribution technology has been updated and the configuration has been tweaked. As part of this all the worlds have had their chunks regenerated and resources fully redistributed. Any areas outside of a beacon will have been regenerated to their original state. This will have resulted in unbeaconed areas of your builds or cities being removed.

Aren’t we getting at least a little bit information of what exactly has changed :D?
“What is more and what is less?”

Game displays welcome message for a world through a portal without going through it.

This is an issue??? I considered it more of a feature… it can be quite helpful to know that there is a portal nearby without having to do an exhaustive search ^^

The way it’s phrased is pretty confusing until you understand what’s going on, though

This is an issue??? I considered it more of a feature… it can be quite helpful to know that there is a portal nearby without having to do an exhaustive search ^^

No it’s not an issue. But it’s a legacy message triggered when the client connects to another world.

It should be presented as:

Love the changes in healing items:

And is this intended? Now inky plants take more than 1 hit to break.

thats how caves should be

I only had about 20 mins to walk around and explore this afternoon but I found coal and hard coal right away. Hadn’t seen anything but soft coal on Solum until today. Didn’t look for metals yet but found 3 fossils easily. Not used to this

I found a similar experience on Alturnik & Vulpto. Although where once I found Ruby easily on Vulpto, I so far find none. Hmmmm…did you devs forget to put the gems back in?

Planets now have an elemental type, with the ring worlds being allocated one. The elements match up with the gem types of the planets. Some of the creatures on elemental planets use elemental attacks.

Can we now expect to find the same gems on planets they were on before this release?

Updated OP with details for Release 159.1:

• [new] Game does not display a message when the maximum number of planet markers has been reached.

Hey, I was sure what the limit of maximum number of planet markers is a bug, not the message!

Maybe only handled items will be weared on death?

Does every item in a smart stack now lose durability on death?

I thought it was a bug, but the way James worded that has me wondering now…