Crafting + Resources + Equipment:Changed the resource distribution on home worlds to increase the probability of Iron and Copper spawning when the world regenerates.

In this update players now generate threat with each attack on an enemy. Creatures will now target nearby players with the highest threat value.
Warning! As your threat increases the range at which a creature will become agitated is increased.

You now gain x4 XP for all objectives including Daily and Weekly. (This is a temporary change for Early Access as we’ll continue to balance this area throughout Early Access.)

Specially happy about the iron changes and the combat implementations. GUI and the rest are a nice bonus.

Will have to try out this new stuff, exciting

Sounds awesome, it seems with every update, anything I thought “hmm… dunno about this” you guys fix! <3

Are there any changes in the portals? On testing, I can go far from the portal and see what’s on the other side, but on the live I go 5 meters and it go gray. Or its a cache size, i’ve change it on 8GB
btw, i suggest everyone try new jumping it is sooo COOL!

Not sure that, despite two restarts of Steam, that I have the correct client. The client reports game version 62b289d6. Is that what I should be seeing?

Excellent, I set my beacon and forgot to fill it up. I come next day, and already some smart guy broke my beacon and set his own. And so, what now? What I supposed to do now? 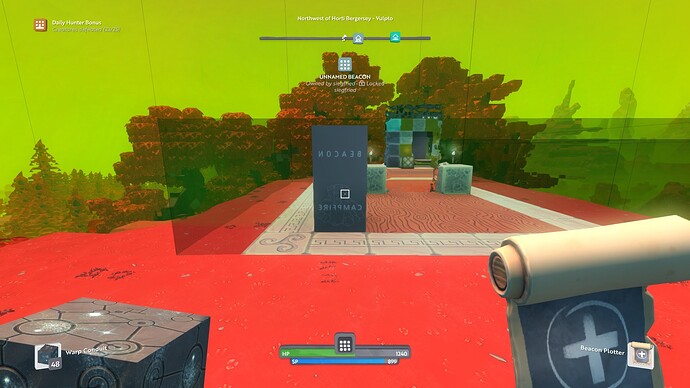 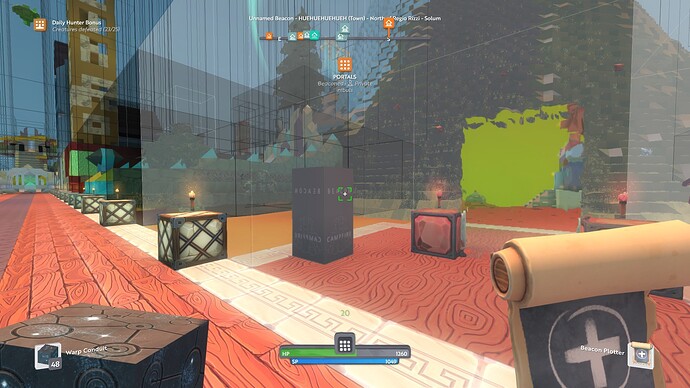 That is the flow, we teach you to fuel your beacon. When the asset is replaced with a lit or unlit item it will be more obvious when a beacon is active or inactive.

And this is the problem. Nothing care me when the beacon is filled, but when time is out, it will be too late, most probably i wouldn’t beside this beacon(no one be). And someone claim my building. The price of mistake is too high.

Appropriation of another’s is called stealing. We need to avoid this.

First of all i think that the timer for a new beacon should be more then 24 hours. Playing in the evening, we return after about 24 hours, at the end of the beacon timer or even later. I think it should be increased. And need obvious indication that the beacon is soon will stoped.

Second is: if i forgot to fill it up after long time using it. Maybe should add some timeout that would be a “time-using-this-beacon” x “2” or “amount-of-plots”.

We all know that the beacon fuel coming. And here’s the thing: i don’t know how it will be but if the beacon just disappear there would be a moral problem of marauding. There would be left a lot of stuff without owner. And then appear a temptation to take these things. And here is my suggestion to avoid that unhealthy thing:
when the fuel is ended, the timer is started for a some period of time, say 1 month. After that, in the volume of plots belonging to this beacon, blocks one by one will begin to disappear. The disappearance of blocks starts from raw to rare in order or simply randomly. Only the blocks installed by the player must be removed. This is necessary to avoid clearing a huge space when the player simply plot big territory. Second-last disappear storage units with all stuff in. And the cycle ends with the disappearance of the beacon. The final cleaning is done after a standard renew of the territory.

We aren’t doing enough in the current version to alert players that their Beacon is about to expire or is active. We will be informing players by the in-game asset and by presenting that information in the UI. It is worth noting that the fuel required is very cheap for a Beacon so to fuel it to the max it doesn’t take a lot of materials.

This seems like its more about the lack of information from the beacon than how the system currently works.

I hope that all would be ok, but i still have a bad feeling.

Not sure that, despite two restarts of Steam, that I have the correct client. The client reports game version 62b289d6. Is that what I should be seeing?

The number you’ve quoted seems to indicate that you are playing the “Live” version. Do you mind checking if you are running the testing version?

It would appear in your Library as Boundless [Testing] if you are opted into the Testing version. You need to select Detail View to see that.

To be sure, you might want to run the following steps:

How to play Test version?

Start the game from here

Ah–I had assumed–since the last Live update was 05MAY–that these were just going to Live since it’s still pre-release. I’m on the latest testing version now. (Since I usually go with my desktop icon rather than from within the Steam client, there are things I don’t see regularly.) Thanks!

Cool - that makes sense now! Yeah, we are putting a lot of NEW features in this update so we want to make sure it is as good as it can be and stable before it goes to “Live”. The last thing we want to do is put an update out that stops people playing the game because the game crashes or the servers go offline.

i solve the problem … i think 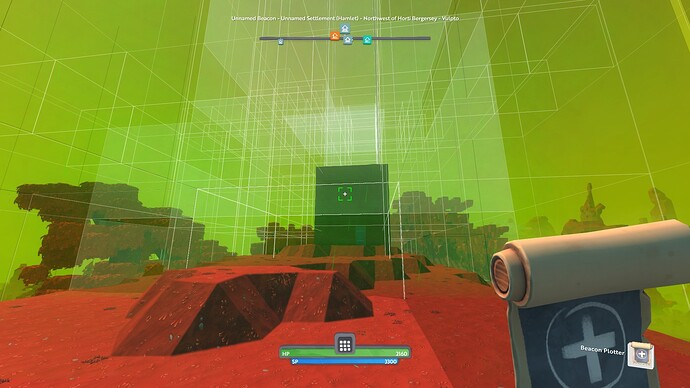 Did the mechanism for eating change? I just cooked some meat and equipped in the the left hand, and all that happened was that the hand raised and show me the cooked meat a little bit closer. Down to 150 HP–I need that food!

hold mouse button for 5 seconds; animation is a bit off now but you’ll get your HP

A post was merged into an existing topic: Testing 163 - Report issues here