Hi guys,
here some concepts and models for a couple of new creatures we are working on.
The first one is a malicious brainless creature code-named Exploding Hopper.
As the name suggested is pretty much a walking bomb that is going to explode if gets close enough to his victims. You might want to avoid that one if you are not looking for some trouble.

The next one is code-named Ground Basher and, talking about challenging battle, is going to be one of the dangerous opponent that will try to get his way to you through the environment, destroying everything on his way. I suggested a corrupted version that could be bigger and more dangerous with longer and possibly wider area of impact.

The Exploding Hopper is already in one of our animator hands ready to unleash his destructive power.

As always, stay tuned because a lot of new things are coming… 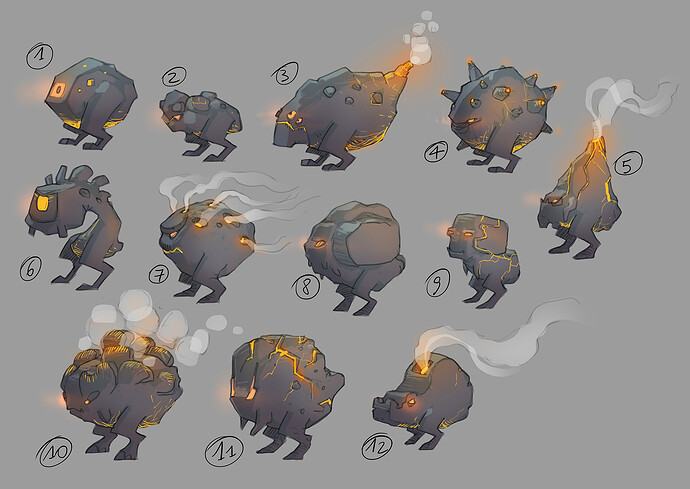 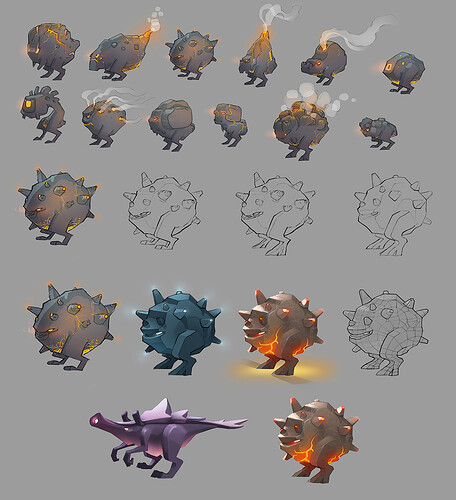 I like how the ground basher evolves and can be corrupted.

Now I´m really curious whats behind that ‘corruption’ mechanic.
I also hope that more than one model of the exploding hopper is going to get animated because you did an amazing job with the concepts (excluding Nr. 9

But no, it doesnt look very dangerous does it xD 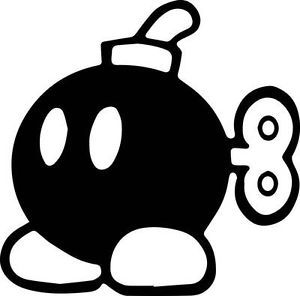 Agree. That is why he could be our alternative for the “torch eater” (another creature in the list)

I dunno about cute, I was leaning toward “nightmare fuel”

Really? i think it looks like a slightly retarded chicken for some reason xD

Devious! An annoying creature that just cares about improving your FPS

You got it! Our little performance cleaner…

This was a bit of a Spoiler from our Creature lists

but … yes. We got a creature that eats torches but his behaviour is under development at the moment and i can’t reveal too much now or they are going to use the Ground Basher on me…

Secret is probably the wrong word. Is Under Development and not ready to share with the world

Ah, I see.
But couldn´t you just give us a list of code names so we can play the guessing game?

If I may suggest something:
How about an alternative version of the exploding hopper that, instead of having the red/orange lava theme, has an Oortian theme (violet/pink highlights with Oortian glpyhs on the body) that instead of “just” blowing up stuff randomly scrambles all blocks inside the ‘explosion’ radius. Like this: 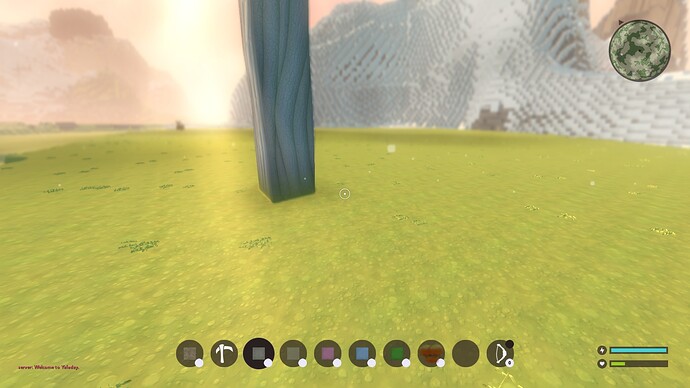 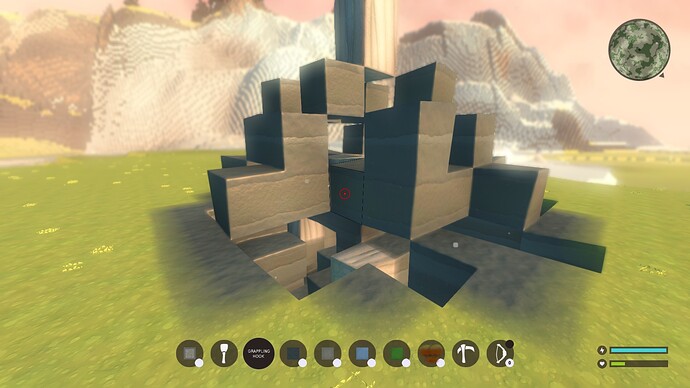 The effect could trap player inside the structure so they would have to dig themselves out. To avoid block generation “inside” the player he/she could receive a good bit of damage if a block is generated on the location of a player instead of generating said block.

Here’s what I think about the Exploding Hoppers

Idealy they would drop some common loot in stage #4
but the GOOD/RARE loot they can drop only drops when they look like #10, which it only for about a second or so right before they detonate.
the #7 stage drops nothing
so you’d have to choose:

This is a really cool idea. It’s the “vortex mixer” or the “voxel inverter” or something. Love it.

This could also be a good idea for the Ground Pounder

I thought about “matter clutter(er)” or “matter disruptor”.

Edit: these creatures are atomicly unstable as a result of passing through a portal they were not attuned to. The detonation reflects this scrabble atomic property.