This is a significant update to Boundless. It contains many of the features we’ve been talking about over the past couple of months in the Weekly Updates.

The update is a work-in-progress - but we really wanted to get something released before the long bank holiday weekend for everyone to checkout. 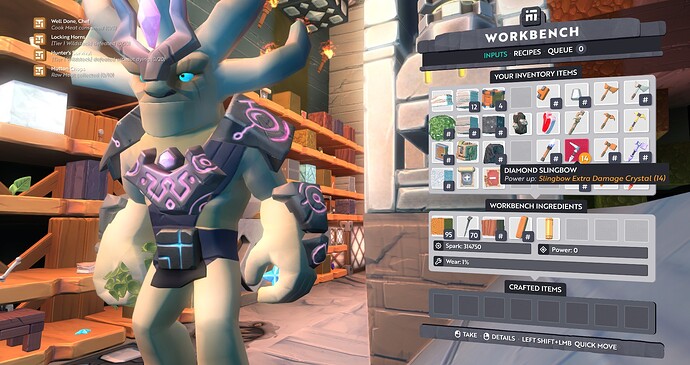 We have duplicated 3 worlds from the Live Boundless universe into the Testing universe. This was to allow us to test with real world data. As the worlds are duplicated anything changed via the Testing release will not exist in the Live release, and vice-versa.

If you owned beacons on these worlds you should still be able to access them.

No changes in Testing to the world, your beacon, or your character will transition back into the Live release.

The purpose of Testing is to test the update before we release it to Live.

It’s possible that the next time you start Testing we will have wiped all your progress with no warning. (This is the warning.)

Wow, well you guys have been busy, haven’t you?

Warp Location Picker Upgrade has been renamed to Warp Shard.

Good call! So much easier to type out, haha.

Man…I just can’t wait for this stuff to go live!

I guess reading all of it and trying to memorize it, won’t do me any good. Will just dive on to it and notice the difference. Wish me luck!!! My brain is excited.

When I loged on last night (pree release) I noticed that there wer already some advanced buildings with no names attached to the beackons. Are these deve homes or high end backers?

I think worlds were brought from the live client. I noticed a lot of beacons in Pixel Gate were unnamed, It’s because people haven’t named them yet.

Sweet! wish I had left a stash of tools there now.

Holy moley! And of course I have to leave for work right now.

Oh well, I guess I know what the next video is gonna be!

This all sounds awesome! Has there been any mention of when the timeframe for 1.0 to go live? Keep up the good work I have a feeling it’s all gonna pay off wonderfully!

holy moly … this update is a kinda great step and makes a big difference to the gamefeeling before (“mmo” got a big “RPG” added! ^^). Hope people add screenshots because I’m at nightshift and cannot see all this great stuff (even youtube is blocked here at work ^^).

Loving v161 on the testing branch.

The changes around skills and leveling up are great and instantly add a level of progression the game has been missing.

Did what I do and recorded some of my initial experience with this update.

Great vid! It was good to see all the changes to the tutorial, as I didn’t get to go through it for some reason (I guess I either jumped in too early, or I have done it in one of it’s previous incarnations)

I got one protected up to 24 weeks

I got this reply a few weeks ago.
This is not set in stone and I could imagine this being pushed back to early-mid 2018 to allow them to finish everything they are invisioning. 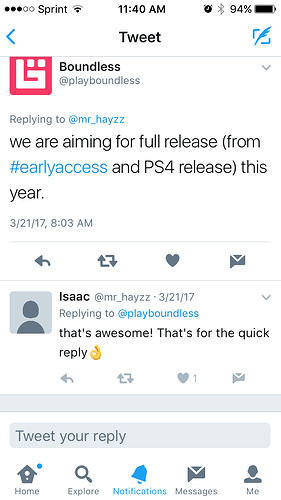