This week we updated the game with various improvements including the new WIP grapple system in Release 152. We also released a Testing version to Steam that supports download bandwidth limiting in Testing 32. The download bandwidth is displayed in the debugging info and can be limited in the main game options. The aim of this Testing update was to rate limit the chunk downloading to try and help with lag issues experience by some players. There are more details about our work to improve the latency issues in this devlog. 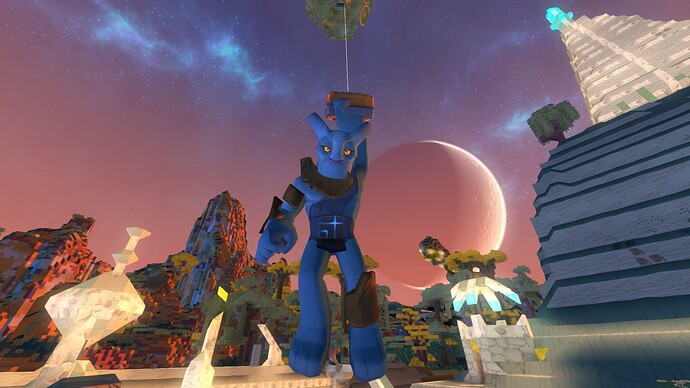 In the next release we plan to:

In preparation for a Boundless 1.0 release we have published a more detailed set of Recommended and Minimum specs for Boundless. Boundless requires a decent GPU and Internet connection.

Code
We added the HUD log system and an update will be in the next version, with it available on the Testing branch.

The Grapple Hook polish continues, working on the controls and visual effects.

We fixed some more Portal transitions issues that caused some judder when entering the new world. The intra-planetary Warp work continues. This will lead into completing the Portals for players to create in game.

Additionally work has been done on creating creatures of different power levels, rather than the basic five tiers.

Quite a bit of time has been spent on server stability issues and updates. We continue to work on the network issues, adding an option to throttle data download and further updates of backend tech. We’ve also worked more on the bot testing system.

Design
This week Luke has been doing more work on the objectives system, making it a more key system for progression. He has also made a nice looking email template for us to use to send to backers. Initially we are aiming to send an email to everyone who owns the game, to invite people who haven’t played for a while to come back and give it another go. He has also been taking footage from the game, with the idea of making a short gameplay video to use to promote the game.

Rob has been mainly focussed on designing the details of the Guild system UX and UI. It’s a complex system allowing different factions to be set-up to divide guild roles and permissions.

Ollie has been supporting Rob in his work on Guilds as well as continuing to plan the upcoming work on the project. In between times he’s also been working with Fooksy setting up data for the creatures so that they can generate all the variations.

Art
This week the art team has been busy working on VFX, decals, creatures and machines.

Concept/VFX - @Minyi has been defining the visual treatment of elemental effects.

Decals - @jesshyland has created new decals for ore seams so they are easier to recognise. These were released this week and hope they improve your experience. 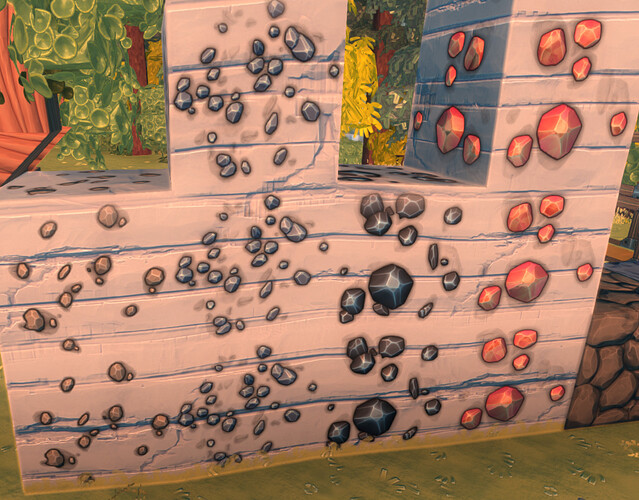 Creatures - @jesshyland has also been working on creature models and completed the Hunter Tier 1 and Spitter Tier 1: 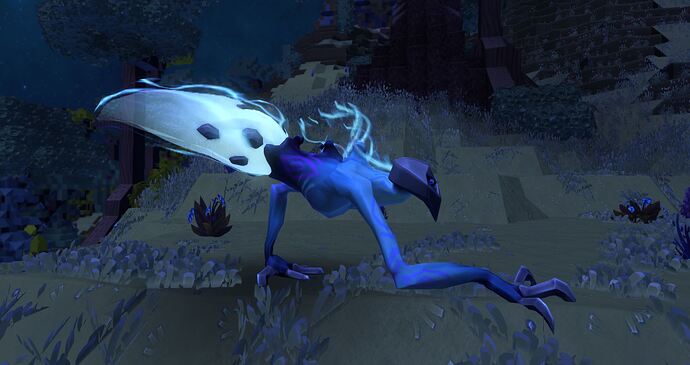 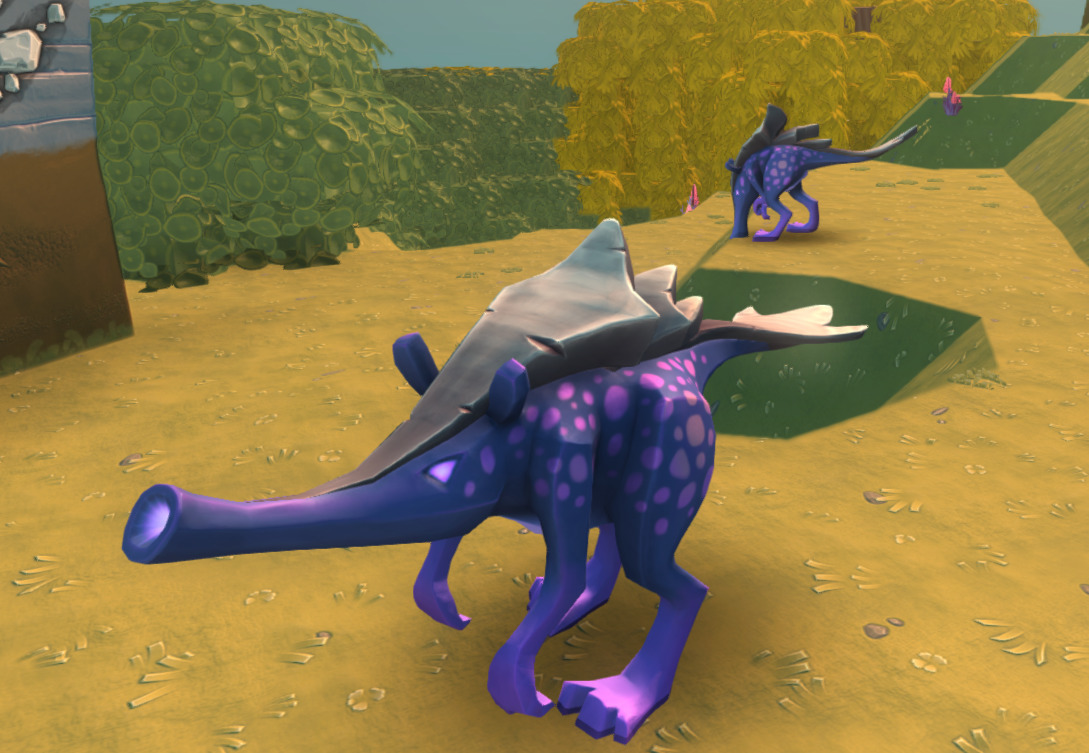 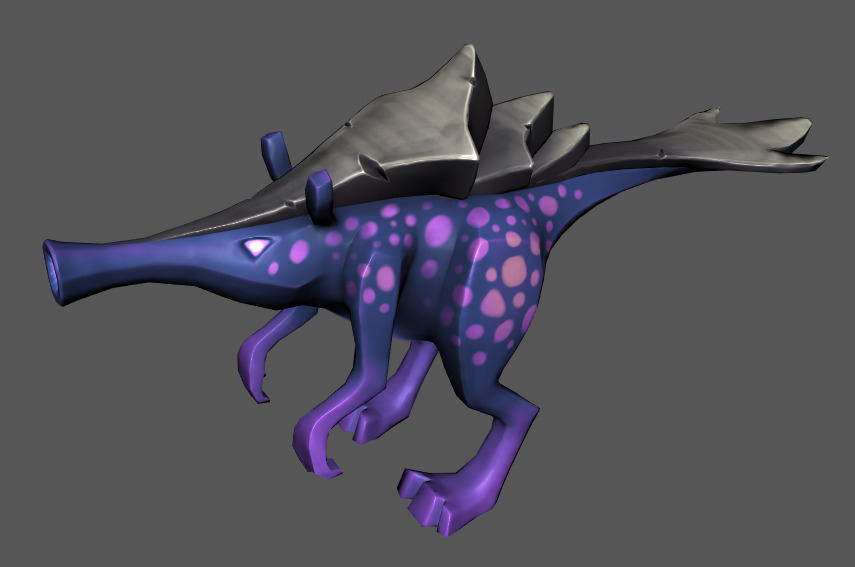 Animation - @gerryjacobs has been animating the Hunter as seen in the latest trailer.

Machines - @jsouthworth has (finally!) completed the machine animations for the Compactor, Extractor, Refinery, Workbench and Mixer. They will be available in next week’s release.

Noise
The original sound track for Boundless is nearly complete. Peter is recording some final pieces before vanishing into the mixing room.

The new ore skins have been a major help! Thank you!

There is a 4th tier of coal? I’ve never seen it before, what is it called?

I believe your right. Didn’t even think about it, I just saw the image and it said coal ores. Derp on my part!

Yeah, sorry for the confusion - that’s just some ruby blocks I plonked down as a comparison. I’m glad people like the new seam designs!

The original sound track for Boundless is nearly complete.

Those resource blocks are looking so much more distinct now! Much easier to identify what they are at greater distances now!

Also really like the look of the decals on that spitter! Really looking forward to seeing some of the variations in game.

Finally get to warp home soon as well! Can we get a coin injection to boost the economy on the next release?

I’ve been banging on about this for weeks, you’d better not get your wishes immediately granted

Rob has been mainly focussed on designing the details of the Guild system UX and UI. It’s a complex system allowing different factions to be set-up to divide guild roles and permissions.

Ollie has been supporting Rob in his work on Guilds as well as continuing to plan the upcoming work on the project.

It’d be nice to see a dev log in the next few weeks talking about what progress and decisions have been made with Guilds. I know they’ve been the subject of a few of the more passionate discussions on this forum and I’m sure there are other curious folks wondering what direction they’re heading in as well.

Also @jesshyland thank you so much for the new ore decals! So helpful!

@Clexarews asking the important questions! Just waiting on guild support before I start organizing my own RP guild!