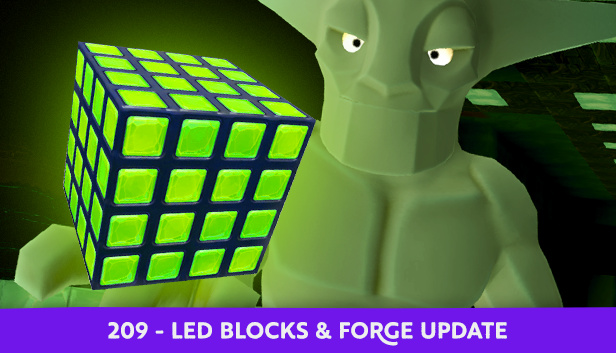 Okay, so you want to make LED blocks (now live…) – but what do you need? Here’s a run-down! First you need to craft the LED blocks themselves, and then you need a changer chisel to select the lighting pattern. To craft the blocks, you’ll need the Decorative Crafting III skill, along with a refinery and bunch of spark, as follows (with Tech Crafting Epic and 12 Advanced Coils): Single (1): Refined Gleam x 1, Any Base Metal x 2, Ancient Tech Remnant x 3, Spark x 188 Bulk (10): Refined Gleam x…

[Oortmas] It’s that special time of year again - the nights are drawing in, the decorations are up and the boxes on your gift shopping spreadsheet are slowly turning green (Oh just us? OK never mind…). Naturally, after seeing the citizens of the Known Worlds embrace the human customs of Hallowe’en so happily, we’ve been preparing a little winter magic for Boundless. On the 18th of December at Midday UTC, Boundless will be getting into the festive spirit. This time, the event will last until th…

Checkout an overview of the release in this player made vide:

by the ever awesome @jiivita - support him!!

For anybody curious how to craft LED blocks, it’s not too complicated - here’s a guide.

Making my first 10 LED blocks as we speak!! XD

Is there a site that explains, really explains, what some of these effects are, how they work and such? I’m talking about the changes made to tools and weapons or mentioned in conversations and in the update.
Quirks, effects, boon, flexibility, durability, deconstruction resins are just a few that has me going this is “Greek” to me, I have no idea of what is being said and how it effects the game and me. The Boundless crafting doesn’t give any info on what exactly they are, how they work, how to get them on tools or weapons.

Oops, I’m guessing that I need the transformation chisel to activate them as well?

If you haven’t tried forging, it’s basically the game’s enchanting system. All those terms apply to forging, so if you aren’t doing it yet you don’t have to worry about them. If you are interested there are some Youtube tutorials, but honestly it’s a little hard to grasp until you actually do it yourself.

Luckily, they just lowered the barrier to entry by making some of the lower level mats easier to craft.

I thought the winter event didn’t start until the 18th? Confused[.]com

If it’s starting early, Great! If not then… Something to still look forward to.

EDIT: Nevermind. I just saw the ingame countdown. Something still to look forward to then I guess.

Found a bug (intentional?) - @James. With crafting the new LED blocks, if you have two of more colour types of gleam and do a mass craft, it just picks the first colour and the rest are the same (no more than one colour, if that makes sense)

Isnt that how every recipe works if you use different colours?

Its the same thing with refined rock etc. If you have some on machine inventory machine uses it first abd makes that color blocks. Old thing. Not a bug i believe… if it is… its very old one lol

Oh wow very nice, thank you for letting us know about that, amazing update also

It’s interesting because most colors of gleam are somewhat hard to obtain but white gleam is plentiful on Kada I. So if this works and isn’t nerfed, you can mass craft harder to obtain colors using just one of that color and the rest white gleam.

I can’t imagine that is not how it is supposed to work, the alternative would be to not allow mass craft without all one tint.

If you did take into account each individual piece of gleam then you would end up with a single mass craft creating multiple different outputs, which is sort of the opposite of what a mass craft is supposed to do.

So if this works and isn’t nerfed, you can mass craft harder to obtain colors using just one of that color and the rest white gleam

At least, I’ve greedily tried what you’ve mentioned on several occasions (playing with order, in machine, out of machine), and it doesn’t behave that way thankfully

haha, last week I experimented with it too, was stones and brick mixture, but indeed it picks the colour that you have the most of, at least that is the case with stones/bricks…