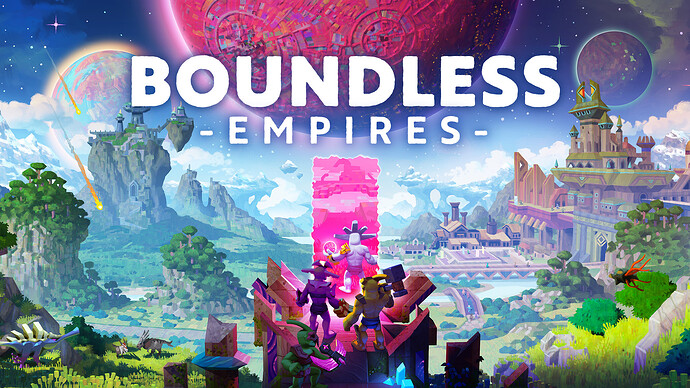 Empires is a major update to Boundless.

Want a summary? Checkout the update video by @Jiivita.

That was fast, guys. Great job! 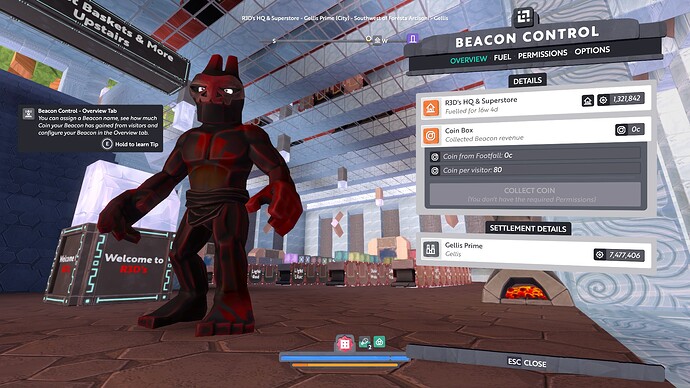 Game crashes each time the city is clicked in the settlement menu!

my settlement is now showing “bridges multiple settlements” (brings back bad memories…), probably because of new algorithm.
I’ll set up a guild and see if I can stitch everything back together.

Any reason why the Guild Name Field is only 20 characters?

You need to investigate on your beacon plot system something is wrong not first time i complain about that since a long time now.

Sometimes you just need to remove one plot or add one and its good but which? now its mess on city some parts are connected some no

Game crashes each time the city is clicked in the settlement menu!

Would that be the Ultima Guild HQ in this case?

Hi, if I click the initial “smaller” settlements in my settlement list, they all display their detail on click, but when I hit the larger ones etc Ultima Guild HQ - Settlement and the game freezes up and then closes down. -Huntsman

That was fast, guys. Great job!

Hmm, I get that too. Thanks for the report, I’ll add it to the bug database.

Can you PM where your beacon is (world name, east and west) to @rossstephens

I cant create factions or am I doing something wrong?

Awesome!! Looking forwards to jumping on during my lunch break!

Guild faction works like a guild within a guild, you need a new book and asigned a sister guild (faction) to the main guild. You can use the same guild book, but you get to choose which book control the main guild or the faction.

yeah thx, i solved it.

Any insight on how the new patch settlement algorithm works and ideas on how to solve “multiple bridging settlement” issues that have now occurred post patch.
Have a large settlement (over 2k plots spread out), with various alts builds incorporated…gonna be real headache hunting down issue.

Same here for New Leyden, Gellis, my own beacon gives the bridging message and is not counted. Lost over 2 million prestige, and oh, am not the warden of my own city anymore because of it! Funny since this update should prevent such things…

Any insight on how the new patch settlement algorithm works and ideas on how to solve “multiple bridging settlement” issues that have now occurred post patch.
Have a large settlement (over 2k plots spread out), with various alts builds incorporated…gonna be real headache hunting down issue.

Time to use the visualizer that’s available in the debug menu now until they look at things.

Try getting all the alts in the same guild and see if that will work when you align them to the guild maybe.

Aligned my beacon to ultima but I’m on a different planet and say I’m in an unnamed settlement and the warden in [ult] Ultima. Is that correct. Shouldn’t I be able to name the settlement myself and be the warden sings it’s only aligned @james